In mathematics, in the area of commutative algebra, tight closure is an operation defined on ideals in positive characteristic. It was introduced by MelvinHochster and Craig Huneke  ( 1988 , 1990 ).

be a commutative noetherian ring containing a field of characteristic

is a prime number.

be an ideal of

. The tight closure of

, is another ideal of

is defined as follows.

if and only if there exists a

is not contained in any minimal prime ideal of

is reduced, then one can instead consider all

is used to denote the ideal of

'th powers of elements of

An ideal is called tightly closed if

. A ring in which all ideals are tightly closed is called weakly

-regular (for Frobenius regular). A previous major open question in tight closure is whether the operation of tight closure commutes with localization, and so there is the additional notion of

-regular, which says that all ideals of the ring are still tightly closed in localizations of the ring.

Brenner & Monsky (2010) found a counterexample to the localization property of tight closure. However, there is still an open question of whether every weakly

In mathematics, a Cohen–Macaulay ring is a commutative ring with some of the algebro-geometric properties of a smooth variety, such as local equidimensionality. Under mild assumptions, a local ring is Cohen–Macaulay exactly when it is a finitely generated free module over a regular local subring. Cohen–Macaulay rings play a central role in commutative algebra: they form a very broad class, and yet they are well understood in many ways.

In mathematics, ideal theory is the theory of ideals in commutative rings; and is the precursor name for the contemporary subject of commutative algebra. The name grew out of the central considerations, such as the Lasker–Noether theorem in algebraic geometry, and the ideal class group in algebraic number theory, of the commutative algebra of the first quarter of the twentieth century. It was used in the influential van der Waerden text on abstract algebra from around 1930. 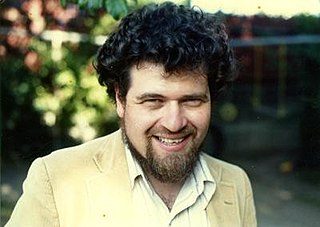 Melvin Hochster is an American mathematician working in commutative algebra. He is currently the Jack E. McLaughlin Distinguished University Professor of Mathematics at the University of Michigan.

In commutative algebra, an element b of a commutative ring B is said to be integral overA, a subring of B, if there are n ≥ 1 and aj in A such that

In mathematics, a Prüfer domain is a type of commutative ring that generalizes Dedekind domains in a non-Noetherian context. These rings possess the nice ideal and module theoretic properties of Dedekind domains, but usually only for finitely generated modules. Prüfer domains are named after the German mathematician Heinz Prüfer.

In commutative algebra, a Krull ring or Krull domain is a commutative ring with a well behaved theory of prime factorization. They were introduced by Wolfgang Krull (1931). They are a higher-dimensional generalization of Dedekind domains, which are exactly the Krull domains of dimension at most 1.

In algebra, the integral closure of an ideal I of a commutative ring R, denoted by , is the set of all elements r in R that are integral over I: there exist such that

Craig Lee Huneke is an American mathematician specializing in commutative algebra. He is a professor at the University of Virginia.

In algebra, the Hilbert–Kunz function of a local ring of prime characteristic p is the function

In algebra and algebraic geometry, given a commutative Noetherian ring and an ideal in it, the n-th symbolic power of is the ideal