Last updated February 27, 2021
A northwesterly extension of the Ottawa-Bonnechere Graben

The Timiskaming Graben is a 400 km (250 mi) long and 50 km (31 mi) wide depression straddling the Ontario–Quebec border in Eastern Canada. [1] [2] It is a northwesterly extension of the Ottawa-Bonnechere Graben, a failed arm of the Saint Lawrence rift system which is related to the opening of the Iapetus Ocean. [3] [4] [5]

Formation of the Timiskaming Graben corresponded with collapse of the regional crust along the Quinze Dam and Cross Lake faults possibly as early as 2.4 billion years ago. It was then reactivated during periods of crustal extension related to the breakups of supercontinents Rodinia and Pangaea and during compression related to the various orogenies that formed the Appalachian Mountains. The Timiskaming Graben is now partially filled by Lake Timiskaming, a 100 km (62 mi) long successor to the much larger glacial Lake Barlow which drained at the end of the last glacial period about 8,000 years ago. [1]

The Timiskaming Graben is a seismically active structure in the Western Quebec Seismic Zone. [1] Reactivation of faults has resulted in earthquakes, such as the 1935 Timiskaming earthquake. [6]

An aulacogen is a failed arm of a triple junction. Aulacogens are a part of plate tectonics where oceanic and continental crust is continuously being created, destroyed, and rearranged on the Earth’s surface. Specifically, aulacogens are a rift zone, where new crust is formed, that is no longer active.

The Ottawa-Bonnechere Graben is a geological structure that coincides with a 55 km (34 mi) wide topographic depression extending from near Montréal through Ottawa. It is part of the St. Lawrence rift system that also includes the seismically active Saguenay graben. This rift valley was formed when the Earth's crust moved downward about a kilometre between two major fault zones known as the Mattawa and Petawawa faults. The length of the graben is about 700 km (435 mi). 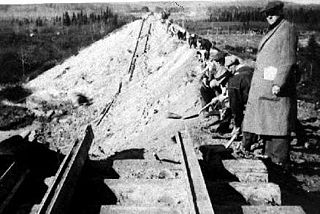 The 1935 Temiskamingue earthquake occurred on November 1 with a moment magnitude of 6.1 and a maximum Mercalli intensity of VII. The event took place in the Western Quebec Seismic Zone in the Abitibi-Témiscamingue region of Quebec.

The Upper Rhine Plain, Rhine Rift Valley or Upper Rhine Graben is a major rift, about 350-kilometre-long (220 mi) and on average 50-kilometre-wide (31 mi), between Basel in the south and the cities of Frankfurt/Wiesbaden in the north. Its southern section straddles the France–Germany border. It forms part of the European Cenozoic Rift System, which extends across Central Europe. The Upper Rhine Graben formed during the Oligocene, as a response to the evolution of the Alps to the south. It remains active to the present day. Today, the Rhine Rift Valley forms a downfaulted trough through which the river Rhine flows. 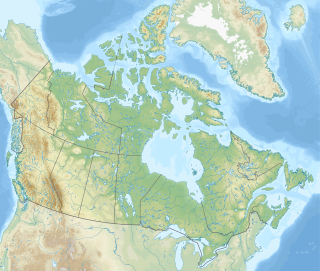 The 2000 Kipawa earthquake struck Quebec and Ontario, Canada with a moment magnitude of 5.2 at 6:22 a.m. on January 1. It occurred in the Western Quebec Seismic Zone. The main shock epicenter was located in Lake Kipawa about 10 km (6 mi) north of Témiscaming in southwestern Quebec and 70 km (43 mi) northeast of North Bay, Ontario. The shaking was strongest within 50 km (31 mi) of the epicenter. It was felt in Témiscaming, North Bay and as far away as Toronto, making it one of the most significant earthquakes in Canada in 2000. The earthquake was triggered by major thrust faults associated with the Ottawa-Bonnechere Graben. 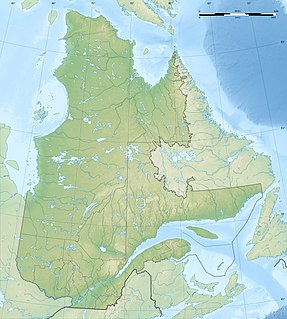 The Saguenay Graben is a rift valley or graben in the geological Grenville Province of southern Quebec, Canada. It is an elongated flat-bottomed basin 250 km (155 mi) long and 50 km (31 mi) wide, bounded by normal faults running parallel to its length.

The Western Quebec Seismic Zone is a seismically active area in the Ottawa Valley in Eastern Ontario and Western Quebec. The zone stretches from Montreal to Témiscaming and from Cornwall up along the Laurentian Mountains.

The European Cenozoic Rift System (ECRIS) is a 1,100 km (680 mi) long system of rifts formed in the foreland of the Alps as the lithosphere responded to the effects of the Alpine and Pyrenean orogenies. The system began to form during the Late Eocene and parts, particularly the Upper and Lower Rhine Grabens, remain seismically active today and are responsible for most of the larger earthquakes in Europe, north of the Alps.

Although the eastern United States is not as seismically active as regions near plate boundaries, large and damaging earthquakes do occur there. Furthermore, when these rare eastern U.S. earthquakes occur, the areas affected by them are much larger than for western U.S. earthquakes of the same magnitude. Thus, earthquakes represent at least a moderate hazard to East Coast cities, including New York City and adjacent areas of very high population density. 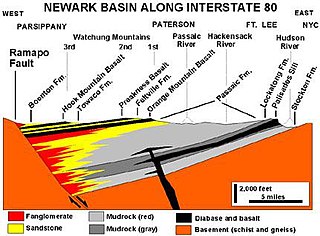 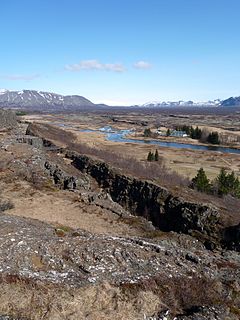 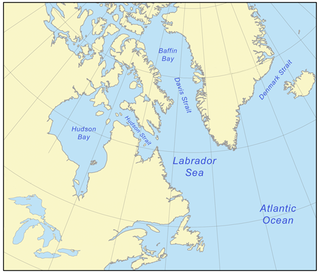