In the 1960s and 1970s Brass was considered a promising experimental and avant-garde director, and his debut film Who Works Is Lost got very favorable reviews after screening at Venice Film Festival 1963. [1] In 1964, he was commissioned by Umberto Eco to create two short films experimenting with visual language for the 13th Triennale di Milano – Tempo Libero and Tempo Lavorativo. [2] Throughout the 1960s and early 1970s, Brass directed films in many genres, including western ( Yankee ) and crime ( Col cuore in gola ), all using a very experimental editing- and camera-style. [3] In 1968, Paramount Pictures offered Brass the job of directing A Clockwork Orange , which did not happen due to scheduling conflicts. [4] In an article about the filming of Dropout from 1970, he was called the "Antonioni of the 70s". [5] His early period has been referred to as "rebellios[ sic ], anarchistic and experimental". [6]

L'urlo was shown in competition at Berlin Film Festival 1970. [7] La Vacanza , starring Vanessa Redgrave and Franco Nero won the prize of the film critics for the best Italian film at 1971 Venice Film Festival. [8] In 1972, Brass was a member of the jury at the 22nd Berlin International Film Festival. [9]

Brass' films since his early works follow an impressionistic style – they tend not to show immense landscapes, but bits and pieces of the scenery and peripheral characters and objects through pans and zooms, thus imitating how the viewer might see the events if he were actually present. This also gives the films an extraordinarily rapid pace. He often uses a television-like multicam method of shooting, with at least three cameras running at once, each focusing on something different.

Many of Brass' works qualify as period drama set during World War II (Salon Kitty and Senso '45, set in Berlin and Asolo respectively), in postbellum Italy (Miranda and Capriccio), antebellum Italy (The Key), and in 1950s Italy (Paprika and Monella).

His nickname Tintoretto (later shortened to Tinto) was given by his grandfather Italico Brass, a renowned Gorizian painter. [12]

Brass was married to Carla Cipriani ("Tinta"), from 1957 until her death in 2006. Carla was the daughter of Harry's Bar founder Giuseppe Cipriani, who managed the restaurant Locanda Cipriani on the Venetian island of Torcello and also collaborated as a screenwriter in Brass's films. The couple had a daughter, Beatrice, and a son, Bonifacio. [13]

In 2012, Hollywood Reel Independent Film Festival did a retrospective on Brass' early 1960s and 1970s films, screening newly restored versions. [16] The restorations were done in collaboration with Alexander Tuschinski, who in recent years researched Brass' 1960s/1970s works and has been called "the foremost scholastic authority on Tinto Brass". [17]

John Steiner is an English actor. Tall, thin and gaunt, Steiner attended the Royal Academy of Dramatic Art and worked for a few years at the BBC. 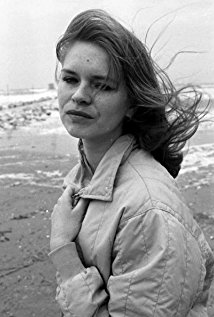 Teresa Ann Savoy, FRSA was a British-born actress who appeared in a number of Italian films. 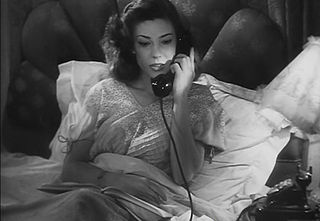 Maria Michi was an Italian supporting actress who worked with Roberto Rossellini on his two early neorealism masterpieces: Rome, Open City and Paisà.

The Howl is a 1970 Italian comedy film directed by Tinto Brass. It was entered into the 20th Berlin International Film Festival.

Salon Kitty is a 1976 erotic-war-drama film directed by Tinto Brass. The film was coproduced by Italy, France and West Germany. It is based on the novel of the same name by Peter Norden, covering the real life events of the Salon Kitty Incident, where the Sicherheitsdienst took over an expensive brothel in Berlin, had the place wire tapped and all the prostitutes replaced with trained spies in order to gather data on various members of the Nazi party and foreign dignitaries.

Giancarlo Badessi, was an Italian actor. 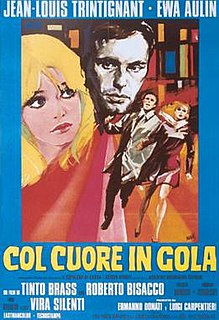 Col cuore in gola is a 1967 giallo film directed by Tinto Brass. It is loosely based on the novel Il sepolcro di carta written by Sergio Donati. The film used storyboards from cartoonist Guido Crepax. It has been released under several titles including Deadly Sweet and I Am What I Am.

Silvano Ippoliti was an Italian cinematographer.

Monella is a 1998 Italian comedy-erotic film directed by Tinto Brass.

Nerosubianco, styled as nEROSubianco and also released with the international title Attraction, is an Italian black comedy directed by Tinto Brass. The film deals with a variety of contemporary themes such as sexual freedom, racial tensions, and political radicalism from the perspective of a young upper-class Italian woman. The film has also been titled rather exploitatively like The Artful Penetration of Barbara and as Black on White, a literal translation of the Italian title.

Action is a 1980 Italian black comedy directed by Tinto Brass. The film is reminiscent of the director's earlier avant-garde low-budget works such as The Howl and Nerosubianco.

Alexander Tuschinski is a German film director, film producer, writer, actor and musician. Internationally, he is best known for his feature films that won awards at various film festivals, as well as his academic writing on the early works of Tinto Brass. Notably, his research and interest of Brass's work on Caligula was examined in his feature documentary Mission: Caligula. At the documentary's premiere, Penthouse announced plans to work with Tuschinski on a new cut of Caligula that aims to restore and finish Brass's original version of the film. Though 85 minutes of his original workprint will be used, it remains unclear if Brass himself will be involved in finishing the film's edit.

Francesca Nunzi is an Italian actress. She graduated at the Laboratory of Performing Exercises under Gigi Proietti and is best known for films such as Tinto Brass' sex comedies, Cheeky and Monella. 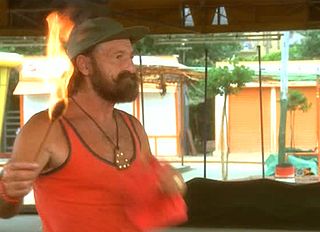 Ermanno Donati was an Italian film producer. Along with Luigi Carpentieri, Donati won the Nastro d'Argento award for Best Producer for the film The Day of the Owl.