Tobot (Korean: 변신자동차 또봇, RR: Byeonsinjadongcha Ttobot) is a South Korean animated television series produced by Young Toys and Retrobot. The series features transforming cars — some of which are designed after Kia vehicles. [1]

The series is available in Korean and English on Young Toys' official YouTube channel. The toy line beat Lego as South Korea's most popular toy line in 2013. [2]

An official English dub was produced in Canada by Ocean Productions and its sister studio Blue Water Studios, airing over a few months in 2018. This version is currently available on Netflix.

A spinoff series known as AthlonTobot aired in three seasons from 2016-2017, before getting rebooted in 2018 as Tobot V (in English dub version known as Tobot: Galaxy Detectives), with animation done by Studio Button, the same company that made Power Battle Watch Car instead of Retrobot. Like the original, Galaxy Detectives is also available on Netflix.

While investigating a string of mysterious car accidents, Dr. Franklin Char is abducted by the perpetrators. This incident activates his creations called "Tobots", cars that transform into robots with a special key called a "Tokey". Dr. Char's first two Tobots, Tobot X and Tobot Y, are entrusted to his twin sons Ryan and Kory, respectively, to fight crime and protect their neighborhood. [1]

The first start of Tobot. Twin sons, Ryan and Kory's father, Dr. Franklin Char, was kidnapped. Will Ryan and Kory be able to save Dr. Char with Tobots, X and Y?

The first appearance of Tobot Titan, the intergration of X and Y. Will Titan be able to keep Deado City at peace?

The first appearance of Tobot Z and pilot Dylan Kwon. A fight breaks out between Ryan, Kory, and Dylan, who need to work together, and Titan's energy needs to be recharged. Can the boys save Tobot X, Y, and Z and keep the peace and safety of the big city?

Tobot's pilots Ryan, Kory, and Dylan, promised to join forces, and Dr. Char completed Tritan. In a situation where Titan is framed, can Ryan Dolly, Kory, and Dylan, defeat the Titan's counterfeit robot, Zaritan, and keep the peace and safety of the big city?

Tritan was unable to keep the metropolis forever, and he met Professor Noh to become more powerful. Tritan's super combo must match the hearts and minds of Ryan, Kory, and Dylan succeed in the Tritan Super Combo?

Ryan, Kory, Dylan, and Nathan, who completed the new Tobot Tobot W. Who will be the pilot of Tobot W?

Young Toys came up with the idea of developing an animated series and related toys during the early 2000s. While Transformers and Power Rangers are popular among older elementary school children, Young Toys decided to market Tobot to younger primary school children and kindergarteners. Rather than obtain licenses from animation studios after production, Young Toys did the opposite by developing the animated series and characters from scratch before producing the toys. [3]

Between August and October 2014, Young Toys sold the licenses for the Tobot toys and characters to Southeast Asian nations. The series was made available in some Middle Eastern countries in January 2015. [3]

In December 2014, Young Toys erected an eight-meter, three ton statue of Deltatron at the Sky Park outside Seoul's Lotte Mall Gimpo International Airport shopping complex to commemorate the fifth anniversary of Tobot. The statue was on display until 2019. [4]

The Teen Titans are a fictional superhero team appearing in American comic books published by DC Comics, frequently in eponymous monthly series. As the group's name indicates, the members are teenage superheroes, many of whom have acted as sidekicks to DC's premier superheroes in the Justice League. The original team later becomes known as the Titans when the members age out of their teenage years, while the Teen Titans name is continued by subsequent generations of young heroes. First appearing in 1964 in The Brave and the Bold #54, the team was formed by Kid Flash, Robin, and Aqualad (Garth) before adopting the name Teen Titans in issue 60 with the addition of Wonder Girl to their ranks.

Teen Titans is an American anime-influenced animated superhero television series developed by Glen Murakami, David Slack and Sam Register, based on DC Comics's superhero team of the same name. It premiered on Cartoon Network on July 19, 2003; and its first two seasons also aired on Kids' WB. Initially, only four seasons were planned; but the popularity of the series led to Cartoon Network's ordering a fifth season. The final half-hour episode of the show, "Things Change", aired on January 16, 2006; it was later followed by a TV movie, Teen Titans: Trouble in Tokyo, that premiered on September 15, 2006, serving as the series finale. A 15-minute episode titled "The Lost Episode" was released as part of an online promotional campaign by Post Consumer Brands in January 2005.

Turbo Teen is an American animated television series about a teenager with the ability to transform into a sports car. It aired on Saturday morning on the ABC Network for thirteen episodes in 1984.

Ocean Productions, Inc., is a Canadian media production and voice acting company based in Vancouver, British Columbia, that is part of the Ocean Group of businesses. Ocean Group is involved in intellectual property acquisition and development, co-production and the creation of English versions of animation for worldwide distribution.

Combattler V, full name Chōdenji Robo Combattler V, is a Japanese mecha anime television series produced by Toei Animation and animated by Soeisha that aired from 1976 to 1977. It is the first part of the Robot Romance Trilogy of Super Robot series created by Saburo Yatsude and directed by Tadao Nagahama.

The year 2005 in animation involved some animation-related events.

Teen Titans Go! is an American animated television series developed by Aaron Horvath and Michael Jelenic for Cartoon Network. It premiered on April 23, 2013 and is based on the DC Comics fictional superhero team. The series was announced following the popularity of DC Nation's New Teen Titans shorts. The production companies of the series are DC Entertainment and Warner Bros. Animation, with the animation outsourced to Canada at Copernicus Studios and Bardel Entertainment. 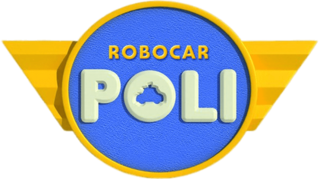 Hercules is a Disney media franchise comprising a film series and additional merchandise, starting with the 1997 animated Disney feature of the same name, directed by Ron Clements and John Musker. 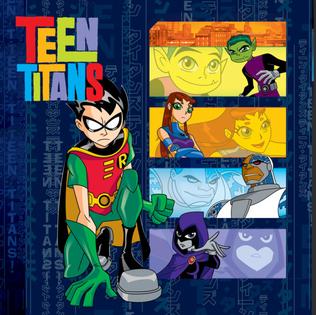 The first season of the animated television series Teen Titans, based on the DC Comics series created by Bob Haney and Bruno Premiani, originally aired on Cartoon Network in the United States. Developed by Glen Murakami, Sam Register, and television writer David Slack. The series was produced by DC Entertainment and Warner Bros. Animation. It stars Scott Menville, Hynden Walch, Khary Payton, Tara Strong, and Greg Cipes as the voices of the main characters.

The first season of the American superhero streaming television series Titans premiered on DC Universe on October 12, 2018, and concluded on December 21, 2018, consisting of 11 episodes. It was executive produced by Akiva Goldsman, Geoff Johns, Greg Berlanti, Sarah Schechter, and Greg Walker, with Walker serving as showrunner. Created by Goldsman, Johns, and Berlanti, the series is based on the DC Comics team Teen Titans. Featured in the main cast are Brenton Thwaites, Anna Diop, Teagan Croft, and Ryan Potter. The season also introduces Alan Ritchson, Minka Kelly, Curran Walters, and Conor Leslie, who would join the main cast in the following season. The first season marks the live-action debut of the Teen Titans, as well as the launch of DC Universe's original scripted programming.