Todos Santos (Spanish [ˌtoðos 'santos]  (help·info)) is a small coastal town in the foothills of the Sierra de la Laguna Mountains, on the Pacific coast side of the Baja California Peninsula, about an hour's drive north of Cabo San Lucas on Highway 19 and an hour's drive southwest from La Paz. Todos Santos is located very near the Tropic of Cancer in the municipality of La Paz. The population was 6,485 at the census of 2015. [1] It is the second-largest town in the municipality. 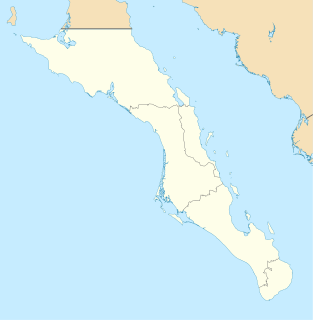 The mission at what is now Todos Santos, Misión Santa Rosa de las Palmas was founded by father Jaime Bravo in 1723. In 1724 it was renamed Nuestra Señora del Pilar de La Paz. Located across the street to the southwest from the small town plaza, this mission contains the statue of the Virgin of Pilar, which is the focus of Todos Santos's main festival in November.

During the Mexican American War the Skirmish of Todos Santos, the last battle of the war, was fought near the town on March 30, 1848. [2]

Skirmish of Todos Santos, was the last clash of the Mexican–American War and ended eighteen months of hostilities in Baja California.

During the 19th century following the secularization of the missions, Todos Santos thrived as the Baja sugarcane capital, supporting eight sugar mills at the end of the 19th Century. Only one existed by the time the town’s freshwater spring dried up in 1950 and that last mill closed in 1965.

Secularization is the transformation of a society from close identification with religious values and institutions toward nonreligious values and secular institutions. The secularization thesis refers to the belief that as societies progress, particularly through modernization and rationalization, religion loses its authority in all aspects of social life and governance. The term secularization is also used in the context of the lifting of the monastic restrictions from a member of the clergy.

Todos Santos faced a bleak future until the spring came back to life in 1981 and the Mexican Government paved Highway 19 in the mid-1980s. The highway brought tourists and the rich farmlands have been revived. The town now prospers from farming vegetables, chilies, avocados, papayas and mangoes; as well as from fishing and ranching. [3] [4]

Federal Highway 19 is a free part of the federal highways corridors and runs along the Pacific coast of Baja California Peninsula from Cabo San Lucas up to Todos Santos where it turns inland and eventually joins Fed. 1 a few miles south of San Pedro, Baja California Sur.

More recently, there has been a gradual increase in tourist activity and a boom in real estate development. Handicraft shops, owner-operated art galleries featuring landscape paintings of local scenes (some artists from Guadalajara and other parts of Mexico also exhibit works in Todos Santos), upscale restaurants, boutique hotels and restored colonial buildings have contributed to the gentrification and redevelopment of the town. There a few annual festivals including the Festival de Cine and the Todos Santos Music Festival.

The Hotel California is a favorite stop because of the name association with the song made famous by the Eagles, even though the song does not specifically reference this particular hotel, nor any other existing hotel. On May 1, 2017, the band The Eagles, filed a lawsuit against the Hotel California in United States District Court for the District of Central California alleging Trademark Infringement in Violation of the Lanham Act, 15 U.S.C. § 1125 and Common Law Unfair Competition and Trademark Infringement. The Eagles were seeking relief and damages. [5] [6] The lawsuit was settled in 2018: the hotel continues to use the name, abandoned efforts to apply for a trademark in the United States, [7] and now expressly denies any connection with the song or the Eagles. [8]

"Hotel California" is the title track from the Eagles' album of the same name and was released as a single in February 1977. Writing credits for the song are shared by Don Felder (music), Don Henley, and Glenn Frey (lyrics). The Eagles' original recording of the song features Henley singing the lead vocals and concludes with an extended section of electric guitar interplay between Felder and Joe Walsh. 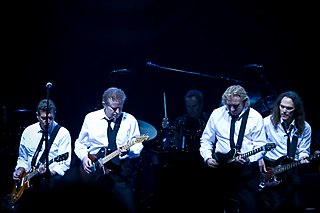 The Eagles are an American rock band formed in Los Angeles in 1971. The founding members were Glenn Frey, Don Henley, Bernie Leadon and Randy Meisner. With five number-one singles, six number-one albums, six Grammy Awards, and five American Music Awards, the Eagles were one of the most successful musical acts of the 1970s. Their albums Their Greatest Hits (1971–1975) and Hotel California rank first and third, respectively, among the best-selling albums in the United States, with 38 million and 26 million album units in sales. The Eagles are one of the world's best-selling bands, having sold more than 200 million records, including 100 million albums sold in U.S alone. They were ranked number 75 on Rolling Stone's 2004 list of the 100 Greatest Artists of All Time.

There are many beautiful beaches within a 15-minute drive of Todos Santos. However, some of the area’s beaches, with rip tides, undertows, and fairly steep drop offs close to shore, are not considered safe for swimming. Playa Las Palmas and Playa Los Cerritos are great beaches for swimming and shell collecting. San Pedrito Point, Los Cerritos and other local surf breaks attract surfers from around the world. There are many accommodations both at San Pedrito and at Cerritos beach. 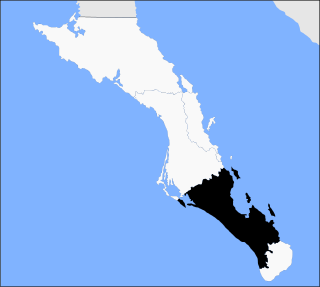 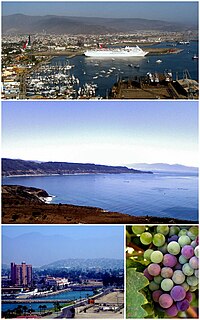 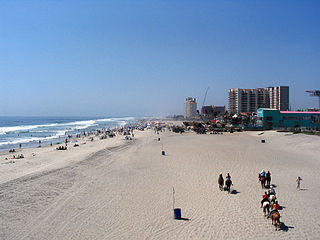 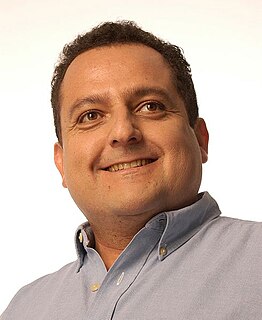 The Governor is the chief executive of the Mexican state of Baja California Sur. The present Governor is Carlos Mendoza Davis of PAN, who took office on September 10, 2015. 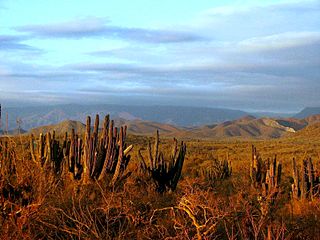 The Los Cabos Corridor is a touristic area located at the Los Cabos Municipality, Baja California Sur, Mexico. It sits on the southern coast of the Baja California Peninsula, facing the Gulf of California on the Transpeninsular Highway between San José del Cabo and Cabo San Lucas. It stretches about 30 kilometers along the highway and addresses within this area are usually specified in terms of distances from the start of Highway 1. The corridor is a popular tourist destination due to its many beach resorts, golf courses, and sport fishing.

Tecolote Beach is an isolated beach community located in the municipality of La Paz in the state of Baja California Sur, it is 25 km from the city of La Paz, past Puerto Balandra, on State Highway 11.

Pedrito, meaning "little Pedro" or "little Peter" in many Romance languages, may refer to:

The Pacific Coast Campaign refers to United States naval operations against targets along Mexico's Pacific Coast during the Mexican–American War. It excludes engagements of the California Campaign in areas of The Californias north of the Baja California Peninsula. The objective of the campaign was to secure the Baja Peninsula of Mexico, and to blockade/capture west-coast ports of Mexico--especially Mazatlan, a major port-of-entry for imported supplies. The resistance of Mexican forces to the north in the Los Angeles area and the lack of ships, soldiers and logistical support prevented an early occupation of the peninsula and the west-coast Mexican seaports. The U.S. Navy attempted blockades of the ports three times before being able to successfully blockade and/or occupy them.

Ángel César Mendoza Arámburo was a Mexican politician, the first elected governor in the state of Baja California Sur for the period 1975 to 1981. A lawyer for the National Autonomous University of Mexico, he held various positions within the Institutional Revolutionary Party. He was federal deputy in the legislature XLVII Congress and was Secretary for Tax Inspectorate of Ministry of Finance and Public Credit (1982). Acting as governor, founded in 1976, the Autonomous University of Baja California Sur. He was married to Luz Garayzar with whom he had three children: Guadalupe, Carlos and Cesar Angel.

Los Barriles is a town in La Paz Municipality, Baja California Sur, Mexico. It is situated along Highway 1, 40 miles (64 km) north of San José del Cabo and 65 miles (105 km) south of La Paz. Punta Pescadero Airstrip is 9 miles (14 km) to the north; Rancho Leonero, a vacation resort, is to the south. Adjacent to Buenavista, the rural towns straddle the head of Bahía las Palmas on the Gulf of California, where winter westerlies average 20–25 knots. Los Barriles is within the transition area of the Baja California peninsula's Sierra de la Laguna where the hills become sandy flats. 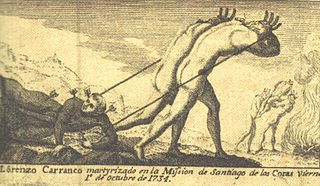