Tomáš Klus (born May 15, 1986) is a Czech musician and songwriter from the Moravian-Silesian Region of the Czech Republic. [1]

Klus was born in the industrial town of Třinec, where he spent most of his childhood. His parents were folk music fans, and he accompanied them to many concerts and music festivals. Growing up he was heavily influenced by musicians Karel Plíhal, Karel Kryl and in particular Jaromír Nohavica, who is still a major influence on Klus' music.

Klus moved to Prague aged 15 to pursue a sporting career, and was a member of the gold medal winning team in modern pentathlon in the 2002 European championship. [2] However, he later became more interested in performance art and music.

In 2007 he was the winner of the Czech Talent Zlín competition.[ citation needed ] In 2008 he released his debut album, Cesta do záhu(d)by. The single "Do Nebe" was played on Czech Radio before the album was released. He also wrote music for the Czech film Anglické jahody ("English Strawberries").

In September 2012 he graduated in drama from the Faculty of the Academy of Performing Arts (DAMU) in Prague. [3]

In 2011 he released a song called "Pánu bohu do oken" ("Into God's windows") a song critical of Czech politics and the behaviour of Czech politicians. It was performed live at Český slavík 2011, a mainstream Czech music awards ceremony.[ citation needed ] On 26 September 2011, his album Racek was released. It debuted at number one in Czech Album Sales Chart and it was certified Gold in its first week on sale. [4] Racek spent 23 non-consecutive weeks at number one. [5] It was the best selling album of 2011 in the Czech Republic, [6] and later certified diamond. [7]

Tomáš Klus' latest album, entitled Proměnamě, was released on March 24, 2014. It debuted at number one in Czech Album Sales Chart.

Aneta Langerová is a Czech pop singer. Born in Benešov, Czech Republic and grew up in Říčany, she first rose to fame at age 17 as the first winner of Česko hledá SuperStar, the Czech version of Pop Idol, in June 2004. Later that year she released her first album, Spousta andělů, which became a long-term bestseller in the Czech Republic. She has since released two further albums and is currently one of the most popular musical artists in the Czech Republic. 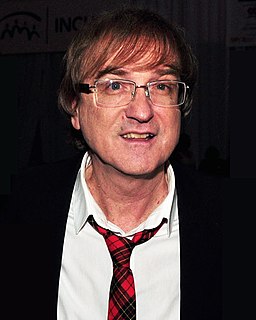 Miroslav Žbirka is a Slovak pop music singer and songwriter. He performs in Slovak, Czech, and English.

Lucie Bílá is a Czech pop singer. According to her label, EMI Czech Republic, the singer has sold over one million albums. 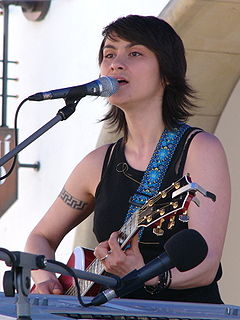 Kabát is a hard rock band hailing from Teplice, Czech Republic. The members of the group are Josef Vojtek, Milan Špalek, Tomáš Krulich (guitar), Ota Váňa (guitar) and Radek Hurčík (drums). Kabát has enjoyed major popularity in its home country since 1983. The band represented the Czech Republic as the country's first entry in the Eurovision Song Contest 2007 in Helsinki, Finland, in the semi-final on May 10, 2007, but failed to reach the final after receiving just 1 point.

Chinaski is a Czech pop rock group. In 2005, they won an Anděl Award, granted by the Czech Academy of Popular Music, and repeated this success in 2007. They have also repeatedly placed in the top ranks of the Český slavík awards.

Hana Hegerová is a Slovak singer and actress. Often referred to as the Queen of Czechoslovak chanson, she gained popularity primarily as a singer of chanson. Outside of her homebase, Hegerová has attained a recognition especially in German-speaking countries. She lives in Prague, Czech Republic.

Dara Rolins is a Slovak recording artist and entrepreneur. Her music career began at the age of nine, after being cast in the television musical Zázračný autobus (1981). The early role established a formula for her regular assignments as a child singer and resulted in recording her debut album Keby som bola princezná Arabela (1983) on OPUS Records. By her late teens, Rolins appeared in a number of made-for-TV films of varying quality, as well as managing to deliver a series of teen pop-orientated albums, such as Darinka (1986), Čo o mne vieš (1988) and soundtrack Témeř růžový příběh (1990), all released by Supraphon. Along with Karel Gott, she experienced a one-off success in the German-speaking region in 1986, peaking with their duet "Fang das Licht" at number seven on the Austrian Singles Chart, and number fifteen in Germany.

Petr Muk was a Czech pop musician, composer, and performer, famous in the Czech Republic and Slovakia. Muk began playing music at the age of fifteen, performing with various underground punk bands including Dural and Gas, together with classmate and later bandmate Petr Kučera. From 1985 until 1993, he led the Czech synth-pop group Oceán, after which he founded the synth-pop group Shalom (1992–1996). Both these ensembles were heavily influenced by the English synth-pop duo Erasure, a band whose UK tour Oceán had supported between 1989 and 1990. In 2004, Muk released a tribute EP to his idols. 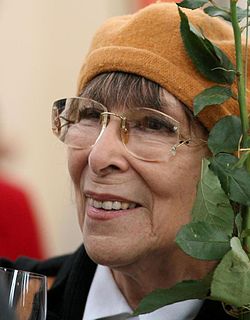 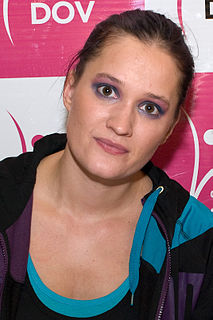 Natálie Kocábová, also known as Natalie Kocab is a Czech poet, writer, and musician. She is the daughter of singer and political activist Michael Kocáb. She has released three solo studio albums, one extended play, four music videos, and featured on a number of other projects.

Václav Neckář is a Czech singer and actor. He is best known for his performance as Miloš Hrma in Closely Watched Trains. Between 1978 and 1979 he cooperated with Polish singer Anna Jantar during their performances in Poland and ČSSR. In 2007, he was accused of being an StB collaborator since 1978.

Iveta Bartošová was a Czech singer, actress and celebrity, three-time best female vocalist in the music poll Zlatý slavík. She was also known for her turbulent lifestyle attracting the attention of the Czech tabloid media. 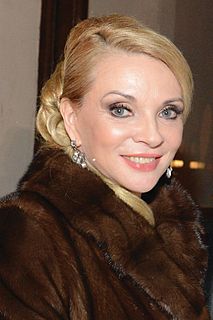 Zdena Studenková is a Slovak film and stage actress, and a musical theater singer. She is the holder of the most number of OTO Awards, having won eight times in total.

Martin Pohl, better known by his stage name Řezník or M.Engele, is a controversial Czech rapper, an exponent of the horrorcore genre in the Czech Republic. He is known for his provocative songs glorifying violence against women, homeless people, drug addicts, gays, and Ukrainians. Řezník uses general horrorcore themes and he has collaborated with many interprets like King Gordy, Bizarre, Lex the Hex Master, Mastamind, Madchild, Necro, Brotha Lynch Hung, Sean Strange, Snowgoons, Scum, Razakel, J Hexx Project, members of Butcher's Harem, etc. According to a leaked poll result of the national Czech music award Český slavík, he won in 2013 in the category "Internet Star". He was, however, disqualified from the poll by the organizers, due to alleged objectionable conduct expressed in his songs. It led to protests of notable Czech artists, such as Tomáš Klus and Matěj Ruppert. In November, 2013, Tomáš Klus announced his departure from Český slavík, while Ruppert returned his own award which he received in 2006, accusing the organizers of censorship. 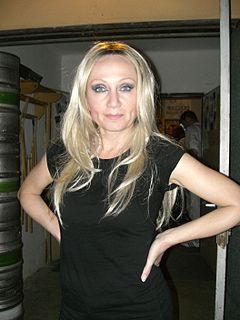 Barbora "Bára" Basiková is a Czech singer and actress. She was named Female Singer of the Year at the 1991 Anděl Awards. In 2002, she performed the title role in the famous Czech musical, Kleopatra, at Prague's Broadway Theatre. Basiková placed third in the 1987 Zlatý slavík for female singer behind Petra Janů and Iveta Bartošová. 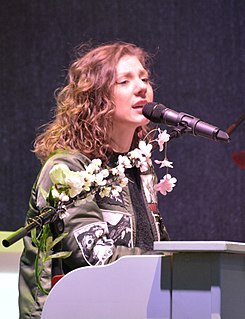 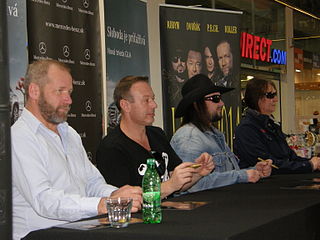 Lucie is a Czech rock band. After an initial period of stabilization of band members and musical style (1985-1987), they entered the music scene with their first single "Pár fíglů" in 1988. Over the next sixteen years, the band released seven studio albums, two concert albums, and one compilation album. On 2 October 2004, the group entered a "planned creative break" that ended in December 2012.