Tomáš Svoboda (born 19 March 1985) is a professional Czech triathlete and aquathlete. He won gold at the 2015 ETU European Aquathlon Championships, [1] and is two time UIPM biathle World Champion (2013, 2017) [2] [3] Tomáš is the twin brother of David Svoboda, 2012 Olympic Champion in the sport of Modern Pentathlon. [4]

The sport of aquathlon consists of a continuous, two-stage race involving swimming followed by running. The International Triathlon Union (ITU) and its member federation organizations sanction competitions and govern the sport. An aquathlon is also called an "aquathon." The ITU and USA Triathlon sanctioning organizations generally use the term aquathlon.

Biathle or Modern biathlon is a sub-sport of modern pentathlon invented to create opportunities for training the run and swim parts of pentathlon in real race conditions. It is a sport in its own right. It bears close resemblance to aquathlon which also contains swimming and running but comes from triathlon sport.

The decathlon is a combined event in athletics consisting of ten track and field events. The word decathlon is of Greek origin, from δέκα and ἄθλος. Events are held over two consecutive days and the winners are determined by the combined performance in all. Performance is judged on a points system in each event, not by the position achieved. The decathlon is contested mainly by male athletes, while female athletes typically compete in the heptathlon. 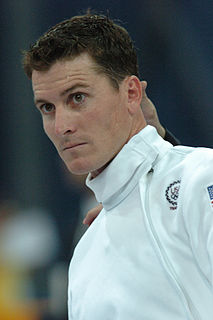 The UIPM Senior World Championships is an annual global international competition in modern pentathlon. It was first held in 1949 under the organization of the International Modern Pentathlon Union (UIPM). 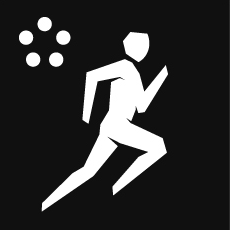 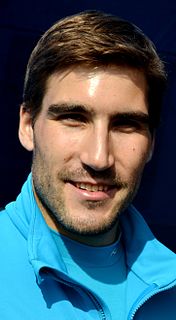 Anastasiya Samusevich-Prokopenko is a Belarusian modern pentathlete who competed at three Summer Olympics.

Ognjen Stojanović is a Serbian triathlete.

Aleksander Leonidovich Lesun is a Russian modern pentathlete. He is a multiple-time medalist at the World and European Championships, and was a top-ranked male modern pentathlete in the world by the Union Internationale de Pentathlon Moderne (UIPM).

Ondřej Polívka is a modern pentathlete from the Czech Republic. He competed at the 2012 Summer Olympics in London, England, along with his teammates David Svoboda, who eventually won a gold medal in the men's event, and his girlfriend Natálie Dianová in the women's event. During the men's competition, Polívka made a disastrous start, with a disappointing score in one-touch épée fencing, but managed to keep his pace in swimming and horse-riding. His best competition result happened in a first ever combined running and pistol shooting, where he set two Olympic records for hitting five shots each in three sessions, with a score of 33.6 target points. Polívka finished the last segment in fourth place, despite his staggered start with a handicapped time and his accomplishment in laser pistol; however, he finished the event only in fifteenth place.

The modern pentathlon at the 2020 Summer Olympics in Tokyo will take place from 6 to 8 August 2020 at Musashino Forest Sports Plaza and Ajinomoto Stadium.

Kate French is a British modern pentathlete who competed at the 2016 Summer Olympics in Rio de Janeiro, Brazil.

Gulnaz Radikovna Gubaydullina is a Russian modern pentathlete of Bashkir descent. She has qualified for the 2016 Summer Olympics. At the 2017 World Modern Pentathlon Championships, Gubaydullina won the gold medal in the individual competition, becoming the second Russian woman to do so.

Modern pentathlon at the 2018 Summer Youth Olympics was held from 12 to 16 October. The events took place at the Parque Polideportivo Roca and Tecnópolis in Buenos Aires, Argentina. 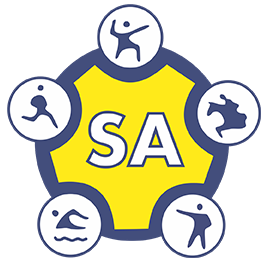 South African Modern Pentathlon Association (SAMPA) is the governing body for the sport of modern pentathlon in South Africa recognised by the Union Internationale de Pentathlon Moderne (UIPM). Modern pentathlon of the current era is an Olympic sport that is made up of five events: fencing, freestyle swimming, show jumping, and a final combined event involving laser pistol shooting, and cross-country running.

The Modern Pentathlon Federation of India (MPFI) is the national governing body for the Olympic sport of modern pentathlon in India.

This article lists the main modern pentathlon events and their results for 2018.