Tomás Arias Ávila (December 29, 1856 in Panama City, Panama – July 20, 1932 in Panama City, Panama) was a Panamanian politician and businessman who was, together with José Agustín Arango and Federico Boyd, a member of the provisional junta that governed Panama after its independence in 1903.

Tomás Arias was the son of Ramon Arias and Manuela Avila. A businessman, Arias attended schools in Panama, Jamaica, and the United States. Arias was one of the leaders during the emancipation movement in 1903. His brother, Ricardo Arias, was also part of the movement. Tomás Arias's eloquence and talent as a public speaker won him the designation of diplomat representing the Isthmus of Panama.

Arias, as well as José Agustín Arango, defended the Hay–Bunau-Varilla Treaty because he was convinced that it was the only guarantee of the possible construction of the Panama Canal. 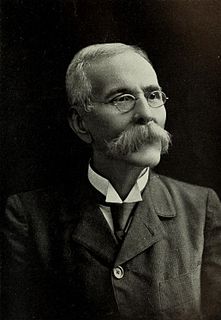 Manuel Amador Guerrero, was the first president of Panama from 20 February 1904 to 1 October 1908. He was a member of the Conservative Party. 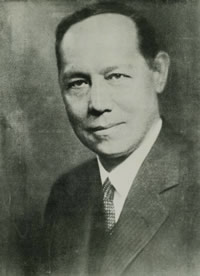 Enrique Alfredo Olaya Herrera was a Colombian journalist and politician, President of Colombia from August 7, 1930 until August 7, 1934 representing the Colombian Liberal Party.

José Ramón Guizado Valdés was the 17th President of Panama. He belonged to the National Patriotic Coalition (CNP).

Carlos Antonio Mendoza Soto was Panamanian politician who served since 1908 as the second presidential designate in the government of José Domingo de Obaldía and since death of the first presidential designate José Agustín Arango in 1909 he was first in line to the presidency. In that capacity Mendoza became President of Panama from 1 March 1910 to 1 October 1910. He belonged to the Liberal Party.

Jose Manuel Cayetano Marroquín Ricaurte was a Colombian political figure and the 27th President of Colombia. 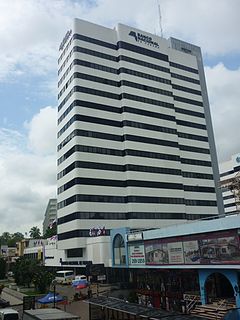 Tomás José Ramón del Carmen de Herrera y Pérez Dávila was a Neogranadine statesman and general who in 1840 became Head of State of the Free State of the Isthmus, a short lived independent state which is located in what is now Panama. Tomás de Herrera also became President of the Republic of the New Granada in 1854 during the rebellion against the incumbent president José María Melo. Herrera was born on December 21, 1804. He entered military service in 1822 and became a lieutenant. He participated in the battles of Junín and Ayacucho against the royalists in Peru. In 1828 he was charged with conspiracy, and jailed in Bogota. Herrera escaped, was recaptured and sentenced to death, but his sentence was commuted to banishment. Upon completion of sentence, he returned to Panama in 1830 and participated in the fight against Colonel Juan Eligio Alzuru. When Alzuru was shot, Herrera was appointed Colonel Commandant General of the Isthmus of Panama. He fought in the Cauca revolution in 1840 but the isthmus population did not want to join that conflict. A popular meeting in Panama on Nov. 18, 1840 voted for the separation of Panama from Colombia, under the name of the State of the Isthmus with Colonel Herrera as president. He then organized the economy and obtained that Costa Rica and the United States would recognize the new country. The State of the isthmus lasted only 13 months. An agreement to which Herrera opposed reconvened the union between Panama and Colombia, which lasted until 1903.

The separation of Panama from Colombia was formalized on 3 November 1903, with the establishment of the Republic of Panama. From the Independence of Panama from Spain in 1821, Panama had simultaneously declared independence from Spain and joined itself to the confederation of Gran Colombia through the Independence Act of Panama. Panama was always tenuously connected to the rest of the country to the south, owing to its remoteness from the government in Bogotá and lack of a practical overland connection to the rest of Gran Colombia. In 1840–41, a short-lived independent republic was established under Tomás de Herrera. After rejoining Colombia following a 13-month independence, it remained a province which saw frequent rebellious flare-ups, notably the Panama crisis of 1885, which saw the intervention of the United States Navy.

Carlos Eugenio Restrepo Restrepo was a Colombian lawyer, writer, and statesman, who was elected President of Colombia in 1910. During his administration he worked towards making political reconciliation among the Conservative and Liberals. He appointed members of the Liberal Party to his Cabinet, and to the dismay of some of his own party, adopted a neutral stand on all issues. He later served as Minister of Government and Ambassador to the Vatican City State.

José María Rojas Garrido was a Colombian Senator, and statesmen, who as the first Presidential Designate became Acting President of the United States of Colombia in 1866 during the absence of President elect Tomás Cipriano de Mosquera. He was a prominent journalist for several Liberal Party newspapers, and is considered one of the most important orators in Colombia's history.

Panamanian literature comprises the whole of literary works written in Panama. The first literature relating to Panama can be dated to 1535, with a modern literary movement appearing from the mid-19th century onwards

The Panama held a general election on May 12, 1968, electing both a new President of the Republic and a new National Assembly.

The Panama held a general election on 11 May 1940, electing both a new President of the Republic and a new National Assembly.

José Agustín Arango Remón (1841–1909) was a Panamanian politician who was, together with Tomás Arias and Federico Boyd, a member of the provisional junta that governed Panama after its independence in 1903. He was the Chairman of the Provisional Government Junta from 4 November 1903 until 20 February 1904.

Manuel Espinosa Batista was a Colombian pharmacist turned politician who campaigned for a separate Panama state and became one of "Founders of the Republic". He is known for his philanthropy.

The 1968 Panamanian coup d'état was the military coup that took place in the Republic of Panama on October 11, 1968 when the National Guard, led by Major Boris Martínez, Lieutenant Colonel Jose Humberto Ramos, Rubén Darío Paredes and other military officers overthrew President Arnulfo Arias, who was elected in the May 12 general election and assumed office on October 1.