Tomás Blanco may refer to:

Tomás Blanco was a Puerto Rican writer, poet, narrator, historian, author and physician. Blanco was a writer during the 1930s who was known for his critical essays that analyzed the Puerto Rican culture. Similar to other authors of his generation that lived through the Great Depression, his work focused on political and social issues. He also wrote novels, short stories and poetry. 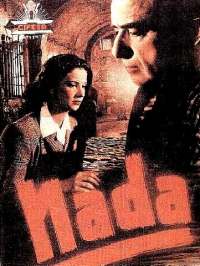 Nada is a 1947 Spanish drama film directed by Edgar Neville. It is based on Carmen Laforet's famous novel Nada which won the Premio Nadal. It was written by Carmen Laforet. 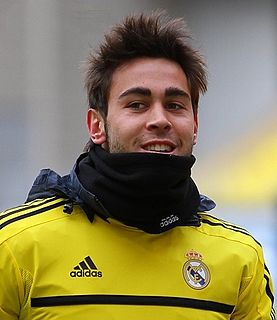 Tomás Mejías Osorio is a Spanish professional footballer who plays as a goalkeeper for EFL Championship club Middlesbrough.

Cristian Karlo Rivero Schoster is a Peruvian television host, actor and male model, most known for being Gisela Valcarcel's co-host in all her TV shows. 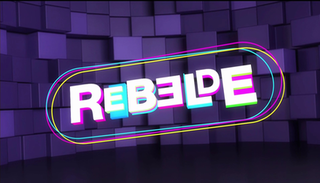 Rebelde is a Brazilian soap opera produced by RecordTV. Written by Margareth Boury, the show is inspired by the original work created by Cris Morena. It is a remake of the Mexican soap opera Rebelde, which in its turn was adapted from the original Argentine soap opera, Rebelde Way.

Carlos Blanco may refer to:

Events from the year 1952 in Sweden

Uruguayan Peruvians are people born in Uruguay who live in Peru, or Peruvian-born people of Uruguayan descent.

Guest of Darkness is a 1948 Spanish historical drama film directed by Antonio del Amo and starring Carlos Muñoz and Pastora Peña. It portrays the life of the nineteenth century romanticist poet and writer Gustavo Adolfo Bécquer.

Jorge Blanco may refer to:

La fiera is a Venezuelan telenovela written by Julio César Mármol and produced by Radio Caracas Television in 1978.

Tomás Blanco is an Argentine professional footballer who plays as a forward for Quilmes.