Tomás Blanco (December 9, 1896 – April 12, 1975) was a Puerto Rican writer, poet, narrator, historian, author and physician. [1] Blanco was a writer during the 1930s who was known for his critical essays that analyzed the Puerto Rican culture. Similar to other authors of his generation that lived through the Great Depression, his work focused on political and social issues. He also wrote novels, short stories and poetry. [2]

Blanco (birth name: Tomás Blanco Geigel) [note 1] was born and raised in San Juan, Puerto Rico, where he received his primary and secondary education in Catholic schools. After graduating from high school, he went to the United States and enrolled in the Georgetown University in Washington, D.C. to study medicine. Tomás Blanco first pursued the path of pharmaceutical work but progressively began to focus his attention on literature. [3] Blanco traveled throughout Europe and in Spain where he developed his love for writing. Blanco wrote about literature, plus he was also a music critic. [4] [5]

Blanco returned to Puerto Rico where he dedicated himself to write about Puerto Rican topics. His works are considered very important in the analysis of the "state" of the Puerto Rican culture in both the 19th century and 20th century. [5] Among Blanco's most recognized works are Prontuario Histórico de Puerto Rico and El Prejuicio Racial en Puerto Rico (Racial Prejudice in Puerto Rico). He also wrote many novels and stories such as Los Aguinaldos del Infante (Christmas Stories for Children) and Cuentos Sin Ton Ni Son. He was also the songwriter of the lyrics Tres estrofas de amor: Canción para soprano composed in 1925 by Pablo Casals. [6] Tomás Blanco died on April 12, 1975 in the city of San Juan. [4] [5]

In 1935, he published his first literary piece Prontuario Histórico de Puerto Rico which showcases the cultural aspects of the Puerto Rican people and racial dynamics within the country. [1] In the essay he recounts significant events of the history of Puerto Rico, in hope of finding the country's national idiosyncrasy and cultural identity. [1] [3]

The mixing of races and religions created a unique combination of ideas and culture, which sometimes sparked conflict. Tomas Blanco's thoughts on these racial relationships and controversies are presented in, The Racial Prejudice in Puerto Rico. The essay discusses the influence of the slave trade and the discrimination of people of African descent in Puerto Rico. Tomas Blanco speaks of the connection between Spanish Conquistadors influence, Catholicism, and the interconnection of different races. Tomas Blanco argues that the African influences in Puerto Rico are beneficial to the uniqueness and richness of the country. [7] [8]

The Puerto Rican Socialist Party was a Marxist and pro-independence political party in Puerto Rico seeking the end of United States of America control on the Hispanic and Caribbean island of Puerto Rico. It proposed a "democratic workers' republic".

The media of Puerto Rico includes local radio stations, television stations and newspapers; for the majority of all these the language is Spanish. There are also three stations of the US Armed Forces Radio and Television Service. 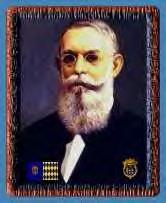 Dr. Cayetano Coll y Toste, was a Puerto Rican historian and writer. He was the patriarch of a prominent family of Puerto Rican educators, politicians and writers.

Dr. Luis Rafael Sánchez, a.k.a. "Wico" Sánchez is a Puerto Rican essayist, novelist, and short-story author who is widely considered one of the island's most outstanding contemporary playwrights. Possibly his best known play is La Pasión según Antígona Pérez, a tragedy based on the life of Olga Viscal Garriga. 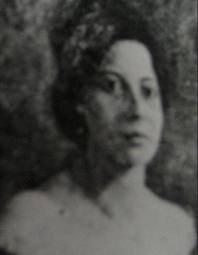 María Bibiana Benítez Batista was Puerto Rico's first female poet and one of its first playwrights. She was the first of three renowned poets in her family, the others being her niece and adopted daughter Alejandrina Benítez de Gautier, and Alejandrina's son José Gautier Benítez.

Puerto Rican literature evolved from the art of oral storytelling to its present-day status. Written works by the native islanders of Puerto Rico were prohibited and repressed by the Spanish colonial government. Only those who were commissioned by the Spanish Crown to document the chronological history of the island were allowed to write. 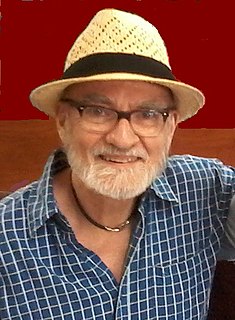 Antonio ("Toño") Martorell Cardona is a Puerto Rican painter, graphic artist and writer. He regularly exhibits in Puerto Rico and the United States and participates in arts events around the world. He spends his time between his workshops in Ponce, Hato Rey, and New York City, his presentations worldwide and his academic work in Cayey, Puerto Rico.

Zoé Jiménez Corretjer is an author from Puerto Rico. She is a professor in the Department of Humanities, University of Puerto Rico at Humacao. 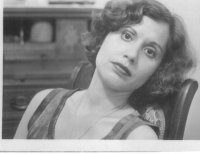 Washington Lloréns Lloréns was a Puerto Rican writer, linguist, lexicographer, journalist and literary critic. Trained as a pharmacist and chemist, he applied his knowledge of science to vocabulary and linguistics, for which he had a passion. As a lexicographer, one of his notable achievements was the inclusion of over 50 Puerto Rican words in the nineteenth edition of the Dictionary of the Royal Academy of the Spanish Language in 1970. 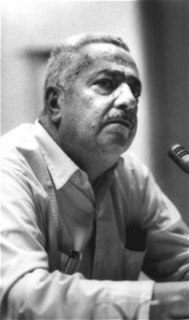 José Luis González was a Puerto Rican essayist, novelist, short story writer, university professor, and journalist who lived most of his life in exile in Mexico due to his pro-independence political views. He is considered to be one of the most important Puerto Rican authors of the 20th century, particularly for his book Puerto Rico: The Four-Storeyed Country and Other Essays, which was first published in Spanish in 1980.

Lourdes Vázquez is a writer born in Santurce, Puerto Rico and a resident of the United States. Her poetry, short stories and essays have been published in numerous magazines and newspapers. Many of her works have been translated into Catalan, English, French, Galician, Italian, Mixtec, Portuguese, Romanian, and Swedish. She is a member of the PEN American Center and of the Poetry Project and also a Board Member of Center for Latino Arts and Culture at Rutgers University. She is Librarian Emeritus of Rutgers University, where she worked for many years. Vázquez was awarded the Honorable Mention for the National Poetry Series 2014 Paz Prize for Poetry as well as an Honorable Mention for the Premio Nacional Luis Lloréns Torres, Casa de los Poetas, 2014 (PR). She was Judge for the BorderSenses Literary Prize in Fiction 2014 and Member of the Literature Panel for the New York Foundation for the Arts, Urban Artist Initiative 2008.

Epifanio “Fano” Irizarry Jusino was a Puerto Rican oil canvas painter, draftsman, and art professor from Ponce, Puerto Rico. He exposed Costumbrismo practices of his native Puerto Rico, including bomba and plena dances, cockfighting and carnivals. During his professional lifetime, he exhibited in Puerto Rico, the United States as well as Europe, some of which were solo, and he was the winner of various prestigious awards.