Tomás Bretón was born in Salamanca. He completed his musical studies at the School of Fine Arts in his hometown, where he earned his living playing in small provincial orchestras, theaters and churches. At age 16, he moved to Madrid, where he played in orchestras in zarzuela theatres. He also began his studies at the Royal Conservatory under Emilio Arrieta. In 1872, Bretón received the first prize for composition at the Conservatory, together with Ruperto Chapi. After having worked in small theaters for several years, in 1882 he received a grant from the Academy of Fine Arts of San Fernando which enabled him to study in Rome, Milan, Vienna and Paris between 1881 and 1884. There, he found time to work on more ambitious works, such the oratorio El Apocalipsis and the opera Los amantes de Teruel. The premiere of this last work at the Teatro Real de Madrid cemented his name as one of the major composers of Spanish opera.

Bretón was also very active as a conductor, first in the Unión Artístico Musical (1878–81), which he founded, and later in Madrid Concert Society, where he served as principal conductor between 1885 and 1891. In that capacity, he founded a series of concerts where both Spanish music and international novelties were played. In 1892, Francisco Tarrega dedicated his piece Capricho Arabe to him during his visit in Algiers, Algeria. In 1901, he became director of the Conservatory of Madrid, a position he held until his retirement in 1921, struggling to modernize teaching at the institution and broaden its international orientation. He died in Madrid aged 72.

Bretón gained renown as a result of the success of his zarzuela La verbena de la Paloma , although other were well-received works, included his operas Los amantes de Teruel , based on the eponymous legend, and La Dolores . After his death, his extensive output was generally forgotten. His career spanned the majority of the musical areas of the period of the Restoration (1875–1923): Conservatorium Director, reputed orchestral conductor, composer of operas, zarzuelas, symphonic and chamber music.

He aimed to create a Spanish opera, which would form a basis for a national music. He not only expressed these ideas in his many writings, but also through a series of works he composed throughout his career, from Guzmán el bueno (1876) to Tabaré (1913). His series of nine operas, two of them in only one act, are an ambitious body of work for Spanish composers of his time. After a long polemic which delayed its première, Los amantes de Teruel (1889) amounted to its definitive consolidation, and was followed by proposals along very different lines, such as the Wagnerian in Garín (1892) for the Barcelona Liceo and the veristic in La Dolores (1894) for the Madrilenian Teatro de la Zarzuela. His last works, despite being tied to a strong nineteenth-century tradition, contain undeniable interest, such as Raquel (1900), based on the famous romantic drama, Farinelli (1902), composed for the failed Teatro Lírico project, Tabaré (1913), set in America, and Don Gil de las calzas verdes (1914), based on a comedy by Tirso de Molina.

At the same time, he approached the art zarzuela with unequal success. His output, while less than that of his contemporaries Ruperto Chapí, Gerónimo Giménez and Manuel Fernández Caballero, is of great quality, given the variety of genres which he tackled. He made several attempts at composing in the zarzuela grande genre, both in a more traditional line than previous generations in works such Cuatro sacristanes (1874), ¡A los toros! (1876), ¡Bonito país! (1877), El campanero de Begoña (1878) and Los amores de un príncipe (1881), and at the end of the century in the Circo de Parish, with El clavel rojo (1899) and Covadonga (1901), where he adopted more modern procedures, within the limitations of the genre. His greatest fame came from the género chico, especially La verbena de la Paloma (1894), one of the most famous zarzuelas of the Spanish repertoire, the most spectacular works view in Buenos Aires, although he later composed many others which were not as successful.

On the other hand, he wrote symphonic music with a singular insistence, at a time in which in Spain, orchestral ensembles barely existed. He composed and conducted numerous works for the Sociedad de Conciertos, of which he was chief conductor from 1885 to 1890. A result of this were his three symphonies (1872, 1883, 1905), revealing a strong assimilation of Beethoven's compositional techniques. His most successful works were those with a Spanish character, albeit in an Alhambristic vein –such as En la Alhambra (1887)– or a more danceable one, as in Escenas andaluzas (1894). During his last years he composes various symphonic poems with a clear, nostalgic character, such as Los galeotes (1905) based on the famous Quixote episode, and Salamanca (1916) on popular themes from his native region. In the chamber-music genre he has left us various works, including three quartets (one of which is published), as well as a trio and quintet, composed from markedly classical standpoints, influenced by the French world of Saint-Saëns. His wide musical knowledge led him to tackle many other fields such as song, including a song-cycle based on Gustavo Adolfo Bécquer's rhymes (1886), which was followed by Las golondrinas, and the oratorio El Apocalipsis (1882) composed in Rome as one of the works written under the Academy scholarship requirements.

The prolific composer for the guitar Francisco Tárrega dedicated one of his greatest masterpieces, "Capricho Árabe", to Tomás Bretón.

Zarzuela is a Spanish lyric-dramatic genre that alternates between spoken and sung scenes, the latter incorporating operatic and popular songs, as well as dance. The etymology of the name is uncertain, but some propose it may derive from the name of a royal hunting lodge, the Palace of Zarzuela, near Madrid, where that type of entertainment was allegedly first presented to the court. The palace in turn was named after brambles, which grew there, and so the festivities held within the walls became known as "Zarzuelas".

Género chico is a Spanish genre of short, light plays with music. It is a major branch of zarzuela, Spain's form of popular music theatre with dialogue, and differs from zarzuela grande and most other operatic forms both in its brevity and by being aimed at audiences of a wide social spectrum.

Ruperto Chapí y Lorente was a Spanish composer, and co-founder of the Spanish Society of Authors and Publishers.

Amadeu Vives i Roig was a Spanish musical composer, creator of over a hundred-stage works. He is best known for Doña Francisquita, which Christopher Webber has praised for its "easy lyricism, fluent orchestration and colourful evocation of 19th Century Madrid—not to mention its memorable vocal and choral writing" characterizes as "without doubt the best known and loved of all his works, one of the few zarzuelas which has 'travelled' abroad". 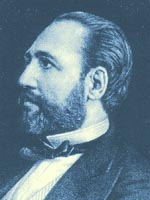 Gerónimo Giménez y Bellido was a Spanish conductor and composer, who dedicated his career to writing zarzuelas, such as La tempranica and La boda de Luis Alonso. He preferred to spell his first name with a "G", even though it began officially with a "J".

Spanish opera is both the art of opera in Spain and opera in the Spanish language. Opera has existed in Spain since the mid-17th century.

Joaquín Valverde Durán was a Spanish composer, conductor and flautist. As a composer he is known for his collaborations on zarzuelas. He was also the father of Joaquín "Quinito" Valverde Sanjuán, who achieved a greater level of fame.

Antonia García was a Spanish singer and actress.

Antonio Videgain García was a Spanish conductor and composer, who dedicated his career to writing zarzuelas, such as A vuela Pluma and El vals coqueto.

La verbena de la Paloma is an 1894 zarzuela with a libretto by Ricardo de la Vega and music by Tomás Bretón. It was adapted for the cinema in 1921 by José Buchs, in 1935 as Paloma Fair by Benito Perojo and in 1963 by José Luis Sáenz de Heredia.

José Padilla Sánchez, popularly known as Maestro Padilla was a famous Spanish composer and pianist. He was best known for the songs La Violetera and El Relicario, popularized by cuplé singer Raquel Meller, and the pasodoble Valencia 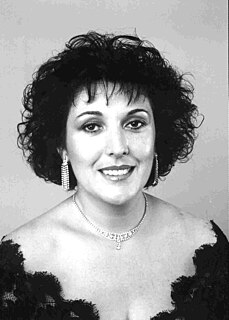 Raquel Pierotti is a mezzo-soprano opera singer. She specialized in coloratura roles in the Rossini and Handel repertoire.

Miguel Roa was a Spanish conductor. He was particularly associated with the zarzuela, and joined the Teatro de la Zarzuela in 1978, becoming director in 1985. 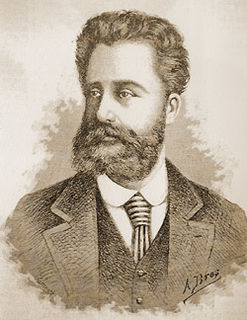 Joaquín Romualdo Gaztambide y Garbayo was one of the most prominent Spanish composers of zarzuela in the mid-nineteenth century. His contribution to the revival of the genre was highly significant; and although during the last century his work virtually disappeared from the Spanish musical scene, the early 21st century has reversed this trend. Of Italianate quality in the manner of Gaetano Donizetti, his music nonetheless makes use of Spanish rhythms and dance forms. Among other renowned works, his La Mensajera (1849), El valle de Andorra (1851), El sueño de una noche de verano, Catalina (1854), Los magiares (1857), El juramento (1858), and the one-act classic Una vieja (1860) stand out. 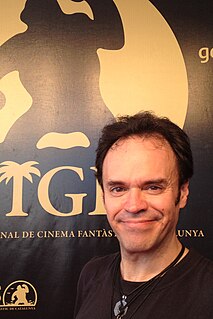 Rafa Casette is a Spanish actor and singer. His career began aged 30 in a Spanish zarzuela called La Verbena de la Paloma in 1995. After his participation in Sweeney Todd: The Demon Barber of Fleet Street by Stephen Sondheim in 2009 at the Teatro Español de Madrid, he has been involved continuously in audiovisual projects, including his first lead role in the upcoming film La mujer que hablaba con los muertos by director César del Álamo.

Antonio Videgain Reparaz was a Spanish baritone and actor, who dedicated his career to zarzuelas and Operas.