Quilmes Atlético Club is an Argentine sports club based in the Quilmes district of Greater Buenos Aires. Established in 1887, Quilmes is the oldest club of Argentina still competing in championships organised by the Argentine Football Association. Quilmes' football team currently plays in Primera B Nacional, the second division of the Argentinian football.

The following are the football events of the year 1936 throughout the world.

Harry Haslam was a footballer and manager in the Football League between the 1940s and 1980s.

Lomas Athletic Club is an Argentine sports club from the Lomas de Zamora district of Greater Buenos Aires. One of Argentina's oldest clubs still in existence, Lomas is one of the four institutions that founded the "River Plate Rugby Championship" in 1899, The rugby union team currently plays in Primera A, the second division of the URBA league system.

Buenos Aires English High School, also known for its abbreviation BAEHS, is a bilingual school established in Belgrano, Buenos Aires in 1884 by Alexander Watson Hutton, considered "the father" of Argentine football. Watson Hutton was born in Scotland and emigrated to Argentina in 1882. The first educational institution where he worked was St. Andrew's Scots School for two years. As a keen sportsman, Watson Hutton believed that sports were of fundamental importance in education. Nevertheless, he resigned a short while later due to St. Andrew's not having funds to acquire sports facilities, which were considered by Hutton as an essential component of his teaching methods. 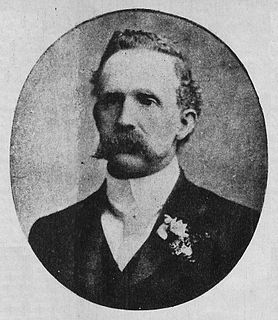 Alexander Watson Hutton was a Scottish teacher and sportsman who is considered "The Father of Argentine football". In 1893 he founded the "Argentine Association Football League". He also founded the Buenos Aires English High School and football club Alumni, which was the most successful Argentine team with 22 titles won until its dissolution in 1911.

Jorge Gibson Brown was an Argentine footballer of Scottish ancestry, who was one of the most important figures in the early years of the sport in that country. During his career, he won a total of 21 titles playing for Alumni and Quilmes and captained the Argentina national team between 1908 and 1913.

Belgrano Athletic Club is an Argentine amateur sports club from Belgrano, Buenos Aires. One of Argentina's oldest institutions still in existence, Belgrano was one of the four clubs that founded the Argentine Rugby Union in 1899. The senior team currently competes at Top 12, the first division of the Unión de Rugby de Buenos Aires league system.

Alfredo Carrow Brown was an Argentine international footballer who played as a forward. 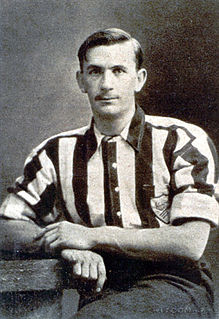 Carlos Carr Brown was an Argentine international footballer who played as a defender. 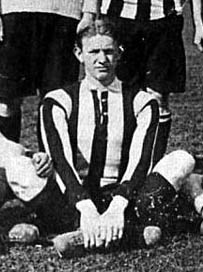 Eliseo Brown was an Argentine international footballer who played as a forward.

Ernesto Alejandro Brown was an Argentine international footballer who played as a left back. He was nicknamed El Pacifico for his assured performances for both club and country.

The Brown family is an Argentine family of Scottish descent known for producing a number of high-profile footballers during the 1920s in Argentina. 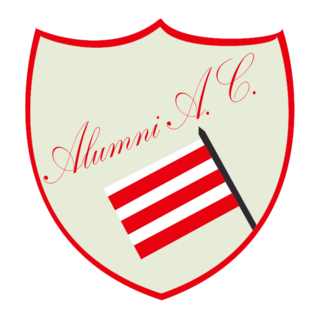 Alumni Athletic Club, or simply Alumni, was an Argentine football team active during the first years of the sport in that country. Although officially founded in 1898, the team had been formed in 1893 when a group of students from the Buenos Aires English High School joined Alexander Watson Hutton to form a team in order to participate in the championship organized by the Argentine Association Football League.

Jordon Brown is a Scottish professional footballer who plays as a midfielder for Peterhead.

St. Andrew's Athletic Club was a football club established in Argentina by Scottish immigrants from the St. Andrew's Scots School, the oldest private school of Argentina.

Old Caledonians Football Club was a football club established in Argentina by a group of Scottish immigrants who were employees of British studio Batman, Parsons & Bateman, hired to build the main drainage in the city of Buenos Aires.