The most obscure of the four known sons of John na Seamar Burke (died 1583), Burke and his brothers - Redmond Burke, Baron Leitrim, William Burke, Lord of Bealatury and John Óge Burke - fought with Hugh O'Neill, 2nd Earl of Tyrone and Aodh Ruadh Ó Domhnaill against the English during the Nine Years' War (Ireland). He survived the Siege of Kinsale but is believed to have perished while marching with Donal Cam O'Sullivan Beare. His brother, William, is the only member of the family referred to when the marchers' reached Aughrim, County Galway.

William de Burgh was the founder of the de Burgh/Burke/Bourke dynasty in Ireland.

Robert O'Hara Burke was an Irish soldier and police officer who achieved fame as an Australian explorer. He was the leader of the ill-fated Burke and Wills expedition, which was the first expedition to cross Australia from south to north, finding a route across the continent from the settled areas of Victoria to the Gulf of Carpentaria. The expedition party was well equipped, but Burke was not experienced in bushcraft. A Royal Commission report conducted upon the failure of the expedition was a censure of Burke's judgement. 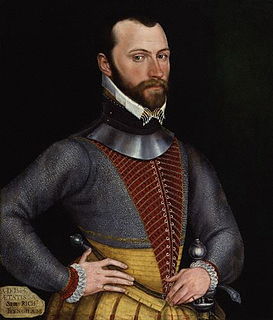 Sir Richard Bingham was an English soldier and naval commander. He served under Queen Elizabeth I during the Tudor conquest of Ireland and was appointed governor of Connacht.

Events from the year 1861 in Ireland.

John Burke was an Irish genealogist, and the original publisher of Burke's Peerage. He was the father of Sir Bernard Burke, a British officer of arms and genealogist.

The Shelbourne Hotel is a famous hotel situated in a landmark building on the north side of St Stephen's Green, in Dublin, Ireland. Currently operated by Marriott International, the hotel has 265 rooms in total and reopened in March 2007 after undergoing an eighteen-month refurbishment.

Events from the year 1342 in Ireland.

Events from the year 1582 in Ireland.

William Southwell was an Irish politician and British Army officer.

Sir Thomas Norris (Norreys) (1556–1599) was an English soldier. He sat in the Irish House of Commons, and was made Lord President of Munster in Ireland.

Donough O'Brien, 2nd Earl of Thomond, also known as "the fat", was the son of Connor O'Brien, King of Thomond and Annabell Burke. He inherited the earldom from his uncle, Murrough O'Brien, by special remainder.

Seán mac an Iarla a Búrc known as John "na Seamar" Burke, Baron Leitrim or John of the Shamrocks, was one of the notorious half-brothers called the meic an Iarla, whose conflicts with each other and their father, Richard "Sassanach" Burke, 2nd Earl of Clanricarde, caused devastation to south Connacht several times between the late 1560s and early 1580s.