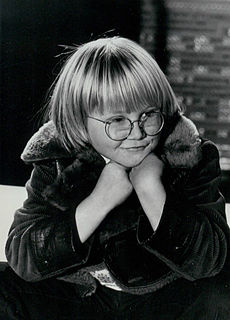 Robert Anthony Rist is an American actor, voice actor, singer, and musician. He is known for playing Cousin Oliver in The Brady Bunch and Martin in Grady. Rist is also known for voicing assorted characters in television shows, games and movies, including Stuffy, the overly-proud stuffed dragon in Doc McStuffins, Whiz in Kidd Video, Star in Balto, Maroda in Final Fantasy X, Choji Akimichi in Naruto, and Michelangelo in the 1990 film Teenage Mutant Ninja Turtles. Additionally, he and director Anthony C. Ferrante provided music for the Sharknado film and the theme song for the Sharknado franchise.

Johann von Rist was a German poet and dramatist best known for the hymns he wrote.

Pipilotti (Elisabeth) Rist is a visual artist. She is best known for creating experimential video art and installation art that often portrays self-portraits and singing. Her work is often described as surreal, intimate, abstract art, having a preoccupation with the female body. Her artwork is often categorized as feminist art. In a 2011 Guardian exhibition review article, Rist describes her feminism: "Politically," she says, "I am a feminist, but personally, I am not. For me, the image of a woman in my art does not stand just for women: she stands for all humans. I hope a young guy can take just as much from my art as any woman."

Doña Bárbara is a Venezuelan telenovela written by José Ignacio Cabrujas and produced by RCTV in 1975. It is based on a novel of the same name written by Rómulo Gallegos.

Luisana mía is a Venezuelan telenovela written by Ligia Lezama and produced by RCTV in 1981. This telenovela lasted 104 episodes and was distributed internationally by Coral International.

La Intrusa is a Venezuelan telenovela produced by Radio Caracas Televisión in 1986. Based on a story written by Inés Rodena, it is a remake of the 1971 telenovela La Usurpadora which starred Marina Baura and Raul Amundaray with the new version being written by Ana Mercedes Escámez, Benilde Ávila and Zaret Romero.

The Yacht Isabel Arrived This Afternoon is a 1949 Venezuelan-Argentine film directed by Carlos Hugo Christensen. It was shown at the 1951 Cannes Film Festival, where it also won for Best Cinematography.

Friar José Camilo Henríquez González was a priest, author, politician, and is considered an intellectual antecedent to and founding father of the Republic of Chile for his passionate leadership and influential writings. He was also one of the most important early South American newspaper writers and wrote several essays, most notably the Proclama de Quirino Lemachez, which promoted Chilean independence and liberty. He also wrote under the pseudonym Quirino Lemachez.

Luis Alfonso Henríquez Ledezma is a football defender, who currently plays for Tauro.

The Parliament of Malloco was held between governor Juan Henríquez de Villalobos and leaders of the Mapuche in January 1671, at Malloco southwest of Santiago, Chile.

Ciruelos is a Chilean village located southeast of Pichilemu, Cardenal Caro Province. In 1899, it had very few inhabitants, a free school, and a post office.

Ángelo José Henríquez Iturra is a Chilean footballer who plays as a striker for Chilean club Universidad de Chile. 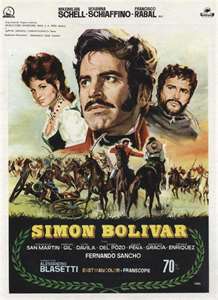 Simón Bolívar is a 1969 Spanish drama film directed by Alessandro Blasetti. It was entered into the 6th Moscow International Film Festival.

Gustavo Silva Pizarro was a Chilean lawyer, political scientist and the sixth Mayor of the commune of Pichilemu, office which he held for nine years between May 1915 and May 1924.

Selva María is a Venezuelan telenovela produced by RCTV in 1987 based on the telenovela Mariana de la noche by Cuban writer Delia Fiallo. This remake was adapted by Gustavo Michelena.

La señora de Cárdenas is a Venezuelan telenovela written by José Ignacio Cabrujas and produced by RCTV in 1977. The telenovela became the first in a series of telenovelas referred to as the cultural telenovela because they reflected the reality of Venezuelans in areas such as marriage and intimate family life.

La fiera is a Venezuelan telenovela written by Julio César Mármol and produced by Radio Caracas Television in 1978.

Dr. Juan Vicente Moscoco Carvajal, nicknamed the "Dominican Socrates", was a lawyer, politician, educator and assessor of the royal artillery of Santo Domingo. He was mayor of Santo Domingo during the period of España Boba, among other public offices. He obtained a doctorate of canon law and civic law from the University of Santo Tomas de Aquino in 1791.