José Tomás Jocelyn-Holt Letelier (born 16 January 1963) is a Chilean politician, former member of the Christian Democrat Party of Chile (until 2012), and former member of the Chamber of Deputies of Chile between 1994 and 2002. Jocelyn-Holt Letelier was an independent candidate for the 2013 presidential election, [1] but lost the election with the lowest voting percentage in the history of his country. [2]

He's the younger brother of Alfredo Jocelyn-Holt, a well known historian. He also has another brother, Enrique, an economist.

Marcos Orlando Letelier del Solar was a Chilean economist, politician and diplomat during the presidency of Salvador Allende. A refugee from the military dictatorship of General Augusto Pinochet, Letelier accepted several academic positions in Washington, D.C. following his exit from Chile. In 1976, agents of Dirección de Inteligencia Nacional (DINA), the Pinochet regime's secret police, assassinated Letelier in Washington via the use of a car bomb. These agents had been working in collaboration with members of the Coordination of United Revolutionary Organizations, a U.S.-sponsored, anti-Fidel Castro, militant group. 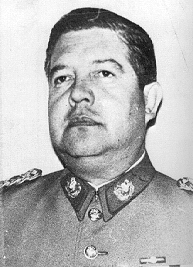 Juan Manuel Guillermo "Mamo" Contreras Sepúlveda was a Chilean Army officer and the former head of the National Intelligence Directorate (DINA), Chile's secret police during the dictatorship of General Augusto Pinochet. In 1995, he was sentenced to seven years in prison for the murder in Washington, D.C. of Chilean diplomat Orlando Letelier, which he served until 2001.

The Socialist Party of Chile is a political party within the centre-left Nueva Mayoría. Its historic leader was President of Chile Salvador Allende, who was deposed in a coup d'état by General Pinochet in 1973. Twenty-seven years later, Ricardo Lagos Escobar represented the Socialist Party in the 1999 presidential elections. He won 48.0% in the first round of voting and was elected with 51.3% in the second round. In the legislative elections on 16 December 2001, as part of the Coalition of Parties for Democracy, the party won 10 out of 117 seats in the Chamber of Deputies and 5 out of 38 elected seats in the Senate. After the 2005 elections, the Party increased its seats to 15 and 8, respectively. In the 2009 elections, it retained 11 Congressional and 5 Senate seats.

Chile is a country in the southern South America. It borders the countries of Peru, Bolivia and Argentina, and is bordered by the Pacific Ocean. Chile became an independent state in 1810. United States intervention in Chilean politics started during the War of Chilean Independence. The influence of the United States of America in both the economic and the political arenas of Chile has gradually increased over the two centuries since, and continues to be significant.

Michael Vernon Townley is a former agent of the CIA and Dirección de Inteligencia Nacional currently living under terms of the US federal witness protection program. An operative of the Chilean secret police, Townley confessed, was convicted, and served 62 months in prison in the United States for the 1976 Washington, D.C., assassination of Orlando Letelier, former Chilean ambassador to the United States. A coworker of Letelier's named Ronni Moffitt also died from the same attack. As part of his plea bargain, Townley received immunity from further prosecution; he was not extradited to Argentina to stand trial for the 1974 assassination of Chilean General Carlos Prats and his wife in Buenos Aires.

Virgilio Pablo Paz Romero is a Cuban exile and militant who was involved in the 1976 assassination of former Chilean ambassador Orlando Letelier in Washington, D.C. Paz Romero was one of two people accused of detonating a remote-controlled car bomb that killed Letelier and a colleague in Washington's Sheridan Circle.

The assassination of Orlando Letelier refers to the September 21, 1976, car bombing, in Washington, D.C., of Orlando Letelier, a leading opponent of Chilean dictator Gen. Augusto Pinochet. Letelier, who was living in exile in the United States, was killed along with Ronni Karpen Moffitt, who was in the car along with her husband Michael, who worked for Letelier. The assassination was carried out by agents of the Chilean secret police, and was one among many carried out as part of Operation Condor. Declassified U.S. intelligence documents confirm that Pinochet directly ordered the killing.

Juan Carlos Letelier Pizarro is a former football striker from Chile, who was nicknamed "Pato" and/or "Lete". He played for his native country at the 1982 FIFA World Cup in Spain. He played 57 times for his country scoring 18 goals between 1979 and 1989, scoring the last goal against Algeria at the 1982 World Cup.

Eugenio Berríos Sagredo was a Chilean biochemist who worked for the DINA intelligence agency. Berríos was charged with carrying out Proyecto Andrea in which Pinochet ordered the production of sarin gas, a chemical weapon used by the DINA. Sarin gas leaves no trace and victims' deaths closely mimic heart attacks. Other biochemical weapons produced by Berríos included anthrax and botulism. Berríos also allegedly produced cocaine for Pinochet, who then sold it to Europe and the United States. In the late 1970s, at the height of the Beagle Crisis between Chile and Argentina, Berríos is reported to have worked on a plan to poison the water supply of Buenos Aires. Wanted by the Chilean authorities for involvement in the Letelier case, he escaped to Uruguay in 1991, at the beginning of the Chilean transition to democracy, and what has been identified as his corpse was found in 1995 near Montevideo.

Juan Bustos was a Chilean politician, law professor and lawyer. He served as the President of the Chamber of Deputies of Chile from March 13, 2008 until his death on August 7, 2008. He was known as an ardent opponent of the Augusto Pinochet dictatorship and the human rights abuses committed by the regime. 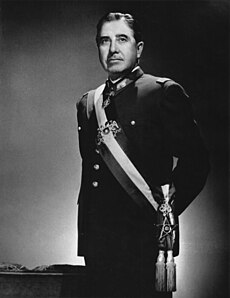 Jorge Félix Arrate Mac Niven is a Chilean lawyer, economist, writer and politician. He was Ministry of State for the presidents Salvador Allende, Patricio Aylwin and Eduardo Frei Ruiz-Tagle.

Alfredo Jocelyn-Holt Letelier is a Chilean writer and historian who gained notoriety by his study of the Chilean elite aristocracy and plutocracy and his criticism of traditional state-centered historiography. Jocelyn-Holt has also written several controversial columns, among them one in The Clinic in 2005 where he harshly criticized then presidential candidate Michelle Bachelet.

General elections were held in Chile on 17 November 2013, including presidential, parliamentary and regional elections. Voters went to the polls to elect:

General elections in Chile were held on Sunday November 19, 2017, including presidential, parliamentary and regional elections.

The following lists events that happened during 1963 in Chile.

Tomás Moulian Emparanza is a Chilean political scientist and sociologist. A Guggenheim Fellow and winner of the National Prize for Humanities and Social Sciences, he is known for being a critic of the socio-economic structure of his country after the dictatorship of Augusto Pinochet.

José Antonio Letelier Henríquez is a Chilean football coach and former professional goalkeeper. He has been head coach of the Chile women's national football team since 2015.

Carmen Luisa Letelier Valdés is a Chilean contralto and voice teacher, the winner of the National Prize for Musical Arts in 2010.