Tomás Carvajal (1753–1834), Spanish poet and statesman, was born at Seville in 1753. He studied at the University of Seville, and took the degree of LL.D. at Madrid. He obtained an office in the financial department of the government; and in 1795 was made intendant of the colonies which had just been founded in Sierra Morena and Andalusia. [1]

During the Peninsular War of 1809–1811 he held an intendancy in the patriot army. He became, in 1812, director of the University of San Isidro; but having offended the government by establishing a chair of international law, he was imprisoned for five years (1815–1820). The Trienio Liberal reinstated him, but the counter-revolution of three years later forced him into exile. After four years he was allowed to return, and he died, in 1834, a member of the supreme council of war. [1]

González-Carvajal enjoyed European fame as author of metrical translations of the poetical books of the Bible. To fit himself for this work he commenced the study of Hebrew at the age of fifty-four. He also wrote other works in verse and prose, avowedly taking Luis de León as his model. [1]

Ferdinand VI, called the Learned and the Just, was King of Spain from 9 July 1746 until his death. He was the third ruler of the Spanish Bourbon dynasty. He was the son of the previous monarch, Philip V, and his first wife Maria Luisa of Savoy.

Felipe González Márquez is a Spanish lawyer, professor, and politician, who was the Secretary-General of the Spanish Socialist Workers' Party (PSOE) from 1974 to 1997, and the 3rd Prime Minister of Spain since the restoration of democracy, from 1982 to 1996. He remains the longest-serving Prime Minister of Spain to be freely elected.

Tomás Carrasquilla Naranjo (1858 – 1940) was a Colombian writer who lived in the Antioquia region. He dedicated himself to very simple jobs: tailor, secretary of a judge, storekeeper in a mine, and worker at the Ministry of Public Works. He was an avid reader, and one of the most original Colombian literary writers, greatly influencing the younger generation of his time and later generations. Carrasquilla was little known in his time, according to Federico de Onís, a scholar of Carrasquilla's works. It was only after 1936, when he was already 68 years old, when he was awarded with the National Prize of Literature, that Carrasquilla got a national recognition. Tomás Carrasquilla Library Park is named in his honor.

Francisco de Carvajal was a Spanish military officer, conquistador, and explorer remembered as "the demon of the Andes" due to his brutality and uncanny military skill in the Peruvian civil wars of the 16th century.

José Díaz Ramos was a Spanish trade unionist and communist politician. He was the General Secretary of the Communist Party of Spain during the Spanish Civil War.

Manuel Melitón Carvajal Ambulodegui, was a Peruvian naval commander and government official who was part of the crew of the ironclad Huáscar during the War of the Pacific. He was wounded and taken prisoner at the Battle of Angamos and became a national hero. He later held numerous government posts and supervised the buildup of the Peruvian Navy. Melitón Carvajal National College, located in Lince District, was named in his honor.

Carmen Lyra was the pseudonym of the first prominent female Costa Rican writer, born María Isabel Carvajal Quesada. She was a teacher and founder of the country's first Montessori school. She was a co-founder of the Communist Party of Costa Rica, as well as one of the country's first female worker's unions. She was one of the earliest writers to criticize the dominance of the fruit companies. She won many prizes. 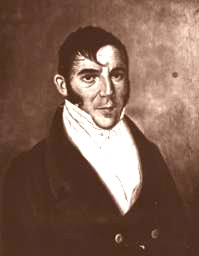 José Felipe Mariano Gálvez was a jurist and Liberal politician in Guatemala. For two consecutive terms from August 28, 1831 to March 3, 1838 he was chief of state of the State of Guatemala, within the Federal Republic of Central America.

Luis de Carvajal was governor of the Spanish province of Nuevo León in present-day Mexico, an alleged slave trader, and the first Spanish subject known to have entered Texas from Mexico across the lower Rio Grande.

The Thomasian Martyrs were the Dominican Catholic priests who became administrators, professors, or students in the University of Santo Tomas, Manila. All of them gave up their lives for their Christian faith, some in Japan, others in Vietnam, and in the 20th century, in Spain during the Spanish Civil War. Lorenzo Ruiz de Manila was among the lay companions of the Thomasian martyrs of Japan. 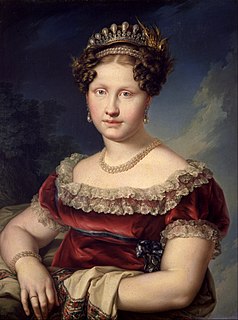 Luisa Carlotta of Naples and Sicily, was an Italian royal, who was an Infanta of Spain and a daughter of King Francis I of the Two Sicilies.

Tomás is a Spanish, Portuguese, and Irish given name equivalent of Thomas.

Carvajal is a surname and place name of Spanish origin. Notable people with the surname include:

Zeferino González was a Spanish Dominican theologian, and philosopher, Archbishop of Seville and Cardinal. 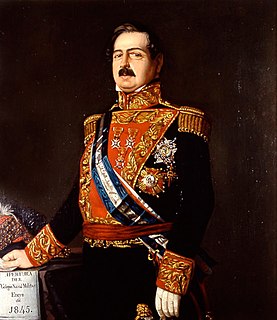 Francisco Armero Peñaranda, Marquess of Nervión and Grandee of Spain was a Spanish Captain general of the Navy and politician.

Spain entered a new era with the death of Charles II, the last Spanish Hapsburg monarch, who died childless in 1700. The War of the Spanish Succession was fought between proponents of a Bourbon prince, Philip of Anjou, and an Austrian Hapsburg claimant. With the Bourbon victory, Philip V's rule began in 1715. Spain entered a period of reform and renewal, as well as continued decline. Ideas of the Age of Enlightenment entered Spain and Spanish America during the eighteenth century. The invasion of the Iberian Peninsula by Napoleon Bonaparte in 1807–1808 upended political arrangements of the Spanish Empire and the Portuguese Empire. The eighteenth century in Spanish historiography is often referred to as Bourbon Spain, but the Spanish Bourbons continued to reign from 1814–1868, from 1874–1931 and from 1975–present.