Tomás Morales Pérez (30 October 1908 - 1 October 1994) was a Spanish Roman Catholic priest and professed member from the Jesuits who founded the Institutos Seculares de los Cruzados de María. [1] [2] [3] Morales moved to Madrid as a child in 1909 where he studied law in Madrid at the college there and obtained his doctorate in Bologna at the college there. [1] He entered the Jesuits in 1932 and was ordained a decade later in Granada before he began serving as a teacher in Badajoz. [3] He founded his secular institute for the purpose of engaging in a social apostolate and his strong Marian devotion led him to write on and promote the recitation of rosaries on a frequent basis. [2] [4]

He had been known in life for his holiness and the cause for his beatification opened less than a decade after his death in 2000. He became titled as a Servant of God upon this point. He became titled as Venerable on 8 November 2017 after Pope Francis confirmed that the late priest had led a model life of heroic virtue. [4] [1]

Tomás Morales Pérez was born on 30 October 1908 in Macuto in Venezuela to Antonio and Josefa. He was baptized and confirmed in the Basilica of Santa Ana in Caracas on 18 April 1909 and one month later was taken to Madrid to live there. [1]

He did his first studies at the Colegio Aleman in Madrid from 1914 until 1917. He made his First Communion in the Buen Suceso parish church in Madrid on 19 March 1917 while that September entered the Jesuit-run Nuestra Señora del Recuerdo college in Chamartín de la Rosa from 1917 until 1924. [1] He did further studies in law at the college in Madrid and while there was active in several movements. He served as a member in the Asociación de Estudiantes Católicos and served also as its president. He was also the president for the Federación de Estudiantes Católicos de Madrid from 1928 until 1930 while also serving at some point as the spokesperson for the Junta Suprema de la Confederación de Estudiantes Católicos de España. In 1929 he began a relationship with a girl named Amparo but this ended in 1932 after he received a concrete call on 14 May to follow in the footsteps of Jesus Christ. In the Madrid college he was the first in his class for achieving excellent results. [3] [2] [1] On 30 September 1930 he obtained his licentiate and then later obtained his doctorate in law on 30 June 1932 after a stint at the college in Bologna for about six months.

It was one month following this on 30 July 1932 that he entered the Jesuit novitiate in Chevetognè in Belgium with his formation lasting overall from 1932 until 1946; his novitiate and juniorate periods were done in Belgium from 1932 until 1936. Morales did his philosophical studies in Les Avins-en-Condroz in Belgium and in Avigliana from 1936 until 1939 while during that time his father Antonio died on 18 March 1938. [1] He did his theological studies in Granada from 1939 until 1942. He was ordained to the priesthood on 13 May 1942 in Granada and celebrated his first Mass on 14 May.

Morales served as a professor for German and Italian in Badajoz from 1943 until 1945 and did his third probation period in the Jesuits from 1945 until 1946 in Gandia in Valencia and later at Salamanca. His mother Josefa died after this time in 1948. In 1961 he was sent to work in Badajoz and returned to Madrid in October 1963. [1] [2]

Morales founded the Hogar del Empleado in 1946 which was to act as an apostolic movement dedicated to social matters and to lead a social apostolate. He also founded the Cruzadas de Santa María in 1959 and the Pía Unión Cruzadas de Santa María in 1965. [3] [2] Morales fostered a particular devotion to the Blessed Mother and promoted the recitation of rosaries on a frequent basis since he wrote and said that such recitations were a fundamental aspect to an individual's spiritual life. Morales praised the example of Pope Pius VII who recited rosaries for sinners and after doing so "he obtained a conversion" due to it. [4] He also pointed out how frequent recitation led to the victorious result in the Battle of Lepanto over the Ottoman Empire. Morales also pointed out the example of the conversion of the German aristocrat Baron John ab Eckersforff after Saint John Ogilvie threw his rosary at his direction en route to his direction which landed on his chest. Morales wrote that it "does not leave us deaf to Christ" but makes people receptive to His will for them. [4]

In Ávila on 7 April 1994 he suffered a fall which resulted in a fractured femur and required an operation. His health started declining from that point and he died on 1 October due to an hypothermia in Alcalá de Henares. His remains were relocated to his order's motherhouse on 5 November 2002. [3] [1]

The beatification process took initial steps on 18 December 1999 after the forum for the diocesan process was transferred from Alcalá de Henares to Madrid. Morales became titled as a Servant of God after the Congregation for the Causes of Saints issued the "nihil obstat" (no objections) edict thus launching the cause. The Cardinal Archbishop of Madrid Antonio María Rouco Varela opened the diocesan process on 24 June 2000 and closed it later on 18 March 2007; the C.C.S. later validated this process in Rome on 17 October 2008 and received the Positio dossier from the postulation in 2013 for evaluation.

Tomás Sánchez was a 16th-century Spanish Jesuit and famous casuist.

A parador, in Spain and other Spanish-speaking countries, is a kind of luxury hotel, usually located in a converted historic building such as a monastery or castle, or in a modern building with a panoramic view of a historic and monumental city. Parar means to stop, halt or stay.

The Battle of Badajoz was one of the first major engagements Spanish Civil War, resulting in a tactical and strategic Nationalist victory, however at a significant cost in time and troops. After several days of shelling and bombardment, Nationalists stormed the fortified border city of Badajoz on August 14, 1936, cutting off the Spanish Republic from neighbouring Portugal and linking the northern and southern zones of Nationalist control.

Llerena is a municipality located in the province of Badajoz, Extremadura, Spain. According to the 2007 census (INE), the municipality has a population of 5,995 inhabitants. Llerena, a town that declared itself a Historical Artistic gathering on December 29, 1966, is located in southwestern Spain. The head of the judicial and economic center of the Region of the country of the same name, it is equidistant from 20 municipalities, and sits at the confluence of the District 432 and 413 National Roads.

Alfredo María Aranda Obviar is a Filipino Venerable venerated in the Catholic Church. His cause for beatification is currently underway; he was declared Servant of God on 6 March 2001 with saint protocol number 2398. He is the founder of Missionary Catechists of Saint Thérèse of the Infant Jesus, and was Bishop of Lucena until his death. He was named as Venerable by Pope Francis on 7 November 2018. 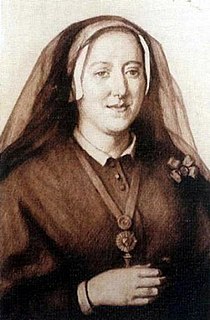 Micaela Desmaisières López de Dicastillo - in religion María Micaela of the Blessed Sacrament - was a Spanish Roman Catholic professed religious and the founder of the Handmaids of the Blessed Sacrament. Desmaisières grew up around several European monarchs since her brother - whom she travelled with - was an ambassador to such courts though she later decided to take care of girls and women of a poorer socio-economic background which extended to the care of the ill. 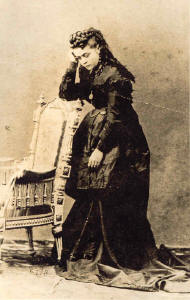 María Dolores Rodríguez Sopeña was a Spanish Roman Catholic nun and the founder of the Sisters of the Catechetical Institute. Her religious activism came about from her earliest experiences in Almería where she tended to the poor including a leper though she later moved to Madrid and Puerto Rico where she continued her care for the poor and the sick. Her return to her native land saw her continue her work and her commitment to establishing religious and secular movements for others all directed towards active participation and care for poor people. 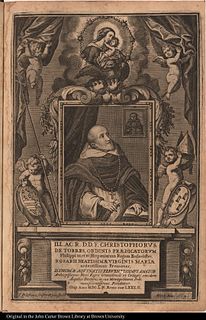 Tiburcio Arnaiz Muñoz was a Spanish Roman Catholic priest and a professed member of the Jesuits. He was also the co-founder of the Missionaries of the Rural Parishes (1922) and decided to establish it to further his own pastoral goals of aiding the poor with a particular emphasis on workers and people living in those rural areas across the nation. His ecclesial career was spent in two parishes for just over a decade, before he entered the Jesuit novitiate. He became known for his tender care of all people. 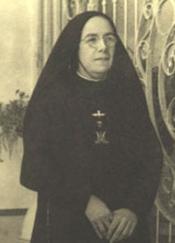 Julia Navarrete Guerrero - in religious Julia of the Thorns of the Sacred Heart - was a Mexican Roman Catholic professed religious and the founder of the Misioneras Hijas de la Purísima Virgen María. Navarrete first felt called to promote religious education from her adolescence while still a student before moving to the national capital where she met the Jesuit priest Alberto Cuscó who formed her in the religious life. Not long after this she became a nun and set about founding schools and missions across both Mexico and the United States where she first started in Texas. Her brother Juan María Navarrete Guerrero became the Archbishop of Hermosillo and whose beatification process is ongoing.

Doroteo Hernández Vera was a Spanish Roman Catholic priest and the founder of the secular institute Cruzada Evangélica. He served as a chaplain following his ordination and celebrated clandestine Masses and other services during the Spanish Civil War leading to his arrest. It was during his imprisonment that he saw the need to better evangelize to bring the Gospel message to those that either rejected or did not know about God while also seeing it as his objective to minister in prisons. He did this in the time after his release from prison until near the end of his life when he retired upon the significant decline of his health.

Ángel Riesco Carbajo was a Spanish Roman Catholic prelate who served as a bishop in the Pamplona archdiocese and was the founder of the Misioneras Apostólicas de la Caridad. Riesco spent some time in Argentina as an emigrant before he returned to his homeland for a scholarship that saw his ecclesial studies spent in Madrid and Santander. He served as a parish priest following his ordination and in 1957 in Astorga founded a religious congregation dedicated to women. Months later he became a bishop but retired a decade later due to poor health that he later died from not long after.