His work in the field of Spanish Philology is one of the key contributions to the Spanish Scientific modernization movement of the twentieth century that took place in the Center of Historical Studies (Centro de Estudios Históricos, CEH by its initials in Spanish).  He is considered one of Professor Ramón Menéndez Pidal’s dearest students.

He  received his Doctorate degree in Madrid (1908) as disciple of Ramón Menéndez Pidal and Miguel Asin Palacios. He then joined the Faculty of Librarians and Curators (Archiveros). []  and was introduced to the field of Linguistic research as an editor of classic texts such as Las Moradas by Teresa de Jesus (better known in English as "The Interior Castle" or "The Mansions" by the Carmelite nun and mystic Teresa de Avila) and the poetry of Garcilaso de la Vega.  These were first published in the collection “La Lectura”  and then in “Clasicos Castellanos” (Castillian classics) by the publisher Espasa-Calpe. Between 1912 and 1913 he was the recipient of a scholarship by the Assembly for advanced studies (Junta para Ampliacion de Estudios or JAE by its initials in Spanish), to study phonetics and dialectology in French, German and Swiss Universities. Upon his return, he became a collaborator in the Spanish Philology magazine (Revista de Filologia Espanola) and was appointed as Director of the phonetics laboratory in the CEH associated to the JAE.  He is credited for introducing research methodology to the field of Linguistics in Spain, particularly the Scientific method and its application in teaching the Spanish language.  This is clearly imprinted in his “Manual de Pronunciacion Espanola”  (Spanish pronunciation manual) published in 1918.

As Director of the experimental phonetics laboratory in the CEH he mentored many students.  Two of these students, who later married, were the dialectologists Maria Josefa Canellada and Alonso Zamora Vicente.  It was in this role that he sponsored and supported the research work to generate the Linguistic Atlas of the Iberic Peninsula or ALPI by its initials in Spanish. Aurelio Espinosa (son), Lorenzo Rodriguez-Castellano, Manuel Sanchis Guarner,Francesc de Borja Mo, Anibal Otero were some of the researchers that comprised the team in addition to their Portuguese colleagues Rodrigo de Sá Nogueira, Armando Nobre de Gusmão y Luís Lindley Cintra. 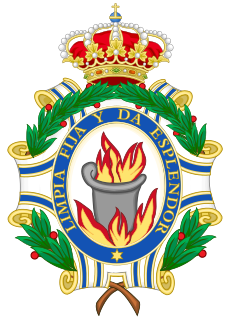 The Royal Spanish Academy is Spain's official royal institution with a mission to ensure the stability of the Spanish language. It is based in Madrid, Spain, but is affiliated with national language academies in 22 other hispanophone nations through the Association of Academies of the Spanish Language. The RAE's emblem is a fiery crucible, and its motto is Limpia, fija y da esplendor.

Asturleonese is a Romance language spoken primarily in northwestern Spain, namely in historical regions and Spain's modern-day autonomous communities of Asturias, northwestern Castile and León and Cantabria. The name of the language is largely uncommon among its native speakers, as it forms a dialect continuum of mutually intelligible varieties and therefore it is primarily referred to by various regional glossonyms like Leonese, Cantabrian, Asturian or Mirandese. Extremaduran is sometimes included as well.

Marcelino Menéndez y Pelayo was a Spanish scholar, historian and literary critic. Even though his main interest was the history of ideas, and Hispanic philology in general, he also cultivated poetry, translation and philosophy. He was nominated for the Nobel Prize in Literature five times. 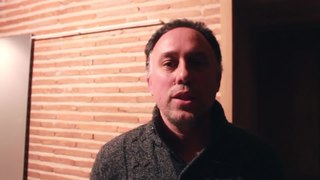 Leonese is a set of vernacular Romance dialects currently spoken in northern and western portions of the historical region of León in Spain and a few adjoining areas in Portugal. In this narrow sense, Leonese is distinct from the dialects grouped under Asturian,. There is no real linguistic division, though; it is only a purely political and identitary division, as dialectal areas are in fact shaped along a north-south axis, following the migration of population from north to south during the Middle Ages (Reconquista). In the past, it was spoken in a wider area, including most of the historical region. The current number of Leonese speakers is estimated at 20,000 to 50,000. The westernmost fringes of the provinces of León and Zamora are in the territory of the Galician language, although there is dialectal continuity between the linguistic areas.

Standard Spanish is a linguistic variety, or lect, of the Spanish language, dominantly used in its written form. There are different standard forms, including the Mexican standard, the Latin American standard, the Peninsular standard or European standard and the Rioplatense standard, in addition to the standard forms developed by international organizations and multinational companies. A 2014 study shows that people in Santiago, Chile, consider Peruvian Spanish the most "correct" form of Spanish. 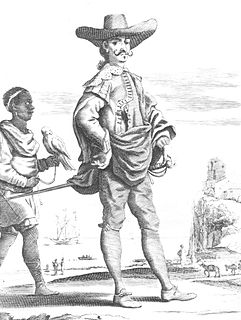 An hidalgo or a fidalgo is a member of the Spanish or Portuguese nobility; the feminine forms of the terms are hidalga, in Spanish, and fidalga, in Portuguese and Galician. In popular usage, the term hidalgo identifies a nobleman without a hereditary title. In practice, hidalgos were exempted from paying taxes, yet owned little real property.

María Goyri de Menéndez Pidal (1873–1955) was a Spanish Hispanist, literary critic, researcher, educator and advocate for women's rights. In 1896 she became the first Spanish woman to earn a degree in Philosophy and Letters and the first to earn her doctorate, in 1909, at a Spanish university. She was the wife of Ramón Menéndez Pidal.

The Glosas Emilianenses are glosses written in a Latin codex. These marginalia are important as early examples of writing in a form of Romance similar to Spanish, and in Basque. The anonymous author is assumed to have been a monk at the monastery now known as Suso, one of the twin monasteries of San Millán de la Cogolla. He wrote about a thousand years ago in three languages:

Blas Cabrera y Felipe was a Spanish physicist. He worked in the domain of experimental physics with focus in the magnetic properties of matter. He is considered one of the greatest scientist of Spain and one of the founders of the study of physical sciences of his country.

Rafael Lapesa Melgar (1908–2001) was a Spanish philologist, a historian of language and of Spanish literature.

María del Rosario Gutiérrez Eskildsen was a Mexican lexicographer, linguist, educator, and poet who is remembered for her studies on the regional peculiarities of speech in her home state of Tabasco as well as for her pioneering work as a teacher and pedagogue in Tabasco and throughout Mexico. She has at times been described as Tabasco's first woman "professionist". 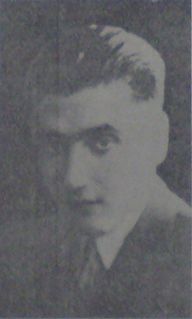 Amado Alonso was a Spanish philologist, linguist and literary critic, who became a naturalised citizen of Argentina and one of the founders of stylistics.

The Poema de Yuçuf or Poema de Yusuf is an anonymous poem written in Aragonese in Arabic script from the fourteenth century. It was written in a strophic form called "cuaderna vía" by a Morisco poet. The text was discovered incomplete, but 380 verses have been preserved.

Elsa Nadezhda Bravo Cladera is a Bolivian linguist, researcher and writer. She is a Doctor of Philosophy in Romance Languages from the University of Uppsala.She is "Miembro Correspondiente" of the Academia Boliviana de la Lengua.

Manuel Seco Reymundo is a Spanish lexicographer, linguist and philologist. He worked at the department of lexicography of the Real Academia Española between 1962 and 1993. He became a member of the Academia in 1980.

Manuel Alvar was a Spanish linguist, historian, and university professor who specialized in the study of dialectology and philology of the Spanish language. Throughout his career, Alvar oversaw and influenced the creation of many Spanish linguistic atlases; maps which recorded speech variations in a given geographical area. He served as Director of the Real Academia Española for four years, and was a member of language academies throughout Europe and Latin America.

The RFE Phonetic Alphabet, named for a journal of philology, Revista de Filología Española (RFE) is a phonetic alphabet originally developed in 1915 for the languages and dialects of Iberian origin, primarily Spanish. The alphabet was proposed by Tomás Navarro Tomás and adopted by the Centro de Estudios Históricos in Madrid for the RFE and by the Instituto de Filología de Buenos Aires. It is used solely in works based on Hispanic themes, such as the Atlas Lingüístico de la Península Ibérica (ALPI), as well as phonetics manuals. Additionally, this phonetic alphabet is taught at the universities of Spanish-speaking countries such as Mexico.