Pedro Nunes was a Portuguese mathematician, cosmographer, and professor, from a New Christian family. 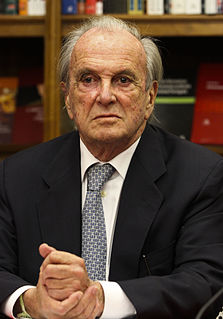 Francisco José Pereira Pinto Balsemão is a Portuguese businessman, former journalist and retired politician, who served as Prime Minister of Portugal, from 1981 to 1983.

The Patriarchate of Lisbon is a metropolitan archdiocese of the Roman Rite of the Catholic Church based in Lisbon, the national capital of Portugal.

Infante Francisco, Duke of Beja, was a Portuguese infante (prince) son of Peter II, King of Portugal, and his second wife, Maria Sofia of the Palatinate.

The Diocese of Coimbra is a Roman Catholic diocese in Coimbra, Portugal. It is a suffragan of the Archdiocese of Braga.

The Portuguese Roman Catholic Diocese of Porto (Oporto) is a suffragan of the archdiocese of Braga. Its see at Porto is in the Norte region, and the second largest city in Portugal.

The Diocese of Lamego is a Roman Catholic diocese in Portugal.

The Archdiocese of Luanda is the oldest Roman Catholic (arch)bishopric in Angola. 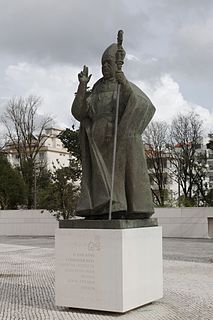 Dom José Alves Correia da Silva was a Portuguese priest. He was Bishop of Leiria from 1920 until his death in 1957.

The Roman Catholic Diocese of Elvas was a Latin diocese in Portugal, located in the city Elvas, district of Portalegre in the Alentejo region and in the ecclesiastical province of Évora.

Tomás de Almeida was the first Patriarch of Lisbon, formerly Bishop of Lamego and later of Porto. Pope Clement XII elevated him to the cardinalate on 20 December 1737.