Tomás Vilanova (born 18 January 1925) is a Salvadoran former sports shooter. He competed in two events at the 1968 Summer Olympics. [1]

Shooting at the 1968 Summer Olympics in Mexico City comprised seven events. A second shotgun event, Skeet, was introduced. They were held between 18 and 23 October 1968. For the first time, women competed alongside men.

Villanova is a name of Latin origin, meaning new town. It is equivalent to Italian Villanuova, French Villeneuve, Spanish Villanueva, and Catalan, Galician, Occitan and Portuguese Vilanova. It may refer to:

El Salvador competed at the 1972 Summer Olympics in Munich, West Germany, from 28 July to 12 August 1984. This was the nation's second appearance at the Olympics. 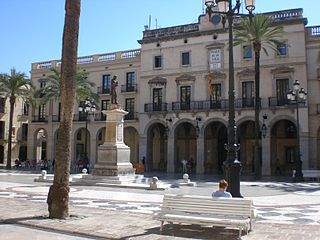 Vilanova i la Geltrú is a city in the province of Barcelona, Catalonia, Spain and the capital of the Garraf comarca. Historically a fishing port, the city has a growing population of approximately 66,000, and is situated 40 km south-west of Barcelona, with the more famous coastal resort of Sitges some 10 km to the north-east.

Vilanova del Camí is a municipality in the comarca of the Anoia in Catalonia, Spain. The name literally means "New Town of the Route", the route being the road from Igualada to Vilafranca del Penedès. It is situated in the centre of the Òdena Basin immediately to the south-east of Igualada. The town is served by a station on the FGC railway line R6 from Barcelona and Martorell to Igualada. There are several sizable industrial parks, serving the entire area. 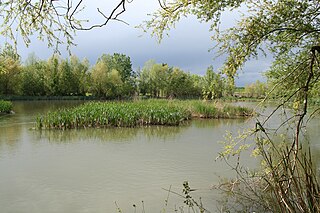 Vilanova de la Barca is a municipality in the comarca of Segrià in Catalonia, Spain. It is situated at the confluence of the Segre and Corb rivers. The Urgell canal provides irrigation water for growing cereals and forage plants. The municipality is linked to Lleida and Balaguer by the C-1313 road and a FGC railroad.

Vilanova de Sau is a town in the comarca of the Osona in Catalonia, eastern Spain. It is situated in the valley called Sau. The Ter river runs through the valley, now damed into Pantà de Sau, a reservoir which is in the municipal territory of Vilanova de Sau, and is a tourist attraction and base for water sports and hiking. The reservoir houses the submerged village of church of Sant Romà. 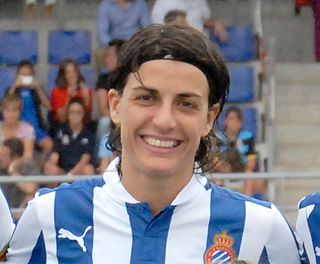 Sandra Vilanova Tous is a Spanish football midfielder who plays for RCD Espanyol of the Primera División. She previously played for Levante UD, Rayo Vallecano and Atlético Madrid, winning three league titles and five national cups. She also played the UEFA Women's Champions League with Levante and Rayo, and she was a member of the Spanish national team for a decade. She retired after captaining Spain in the 2013 European Championship, but made a comeback with Espanyol the following year. 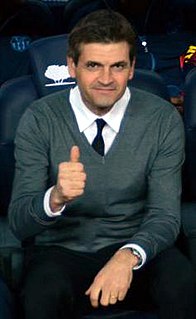 Vilanova d'Alcolea is a municipality in the province of Castelló, Valencian Community, Spain. The town is located inland 36 km northeast of the town of Castelló de la Plana, on the north of the Valencian Community. It is a rural dryland farming town surrounded by vineyards as well as olive, almond and carob trees.

Vilanova de l'Aguda is a municipality in the comarca of Noguera, in the province of Lleida, Catalonia, Spain. 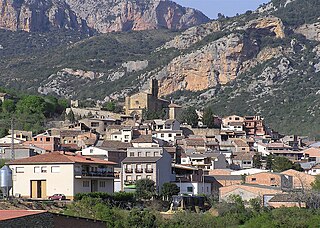 Vilanova de Meià is a municipality in the comarca of Noguera, in the province of Lleida, Catalonia, Spain.

OK Liga Femenina is a Spanish rink hockey league for women. It has been held since 2008 and is the women's version of the men's OK Liga.

Villanova, in Benasquese: Bilanoba or Billanoba, in Catalan: Vilanova d'Éssera, in Aragonese: Vilanova, is a municipality located in the Ribagorza comarca, province of Huesca, Aragon, Spain. According to the 2010 census (INE), the municipality has a population of 154 inhabitants.

Vilanova de Prades is a municipality in the comarca of Conca de Barberà, in the province of Tarragona, Catalonia, Spain. It is a popular holiday resort located at high altitude atop the Serra de la Llena, close to the area where this mountain range meets the Prades Mountains.

Vilanova del Vallès is a village in the province of Barcelona and autonomous community of Catalonia, Spain. The municipality covers an area of 15.2 square kilometres (5.9 sq mi) and the population in 2014 was 5,250.

Vilanova de Bellpuig is a village in the province of Lleida and autonomous community of Catalonia, Spain.

Vilanova de Segrià is a village in the province of Lleida and autonomous community of Catalonia, Spain.

Vilanova d'Escornalbou is a village in the province of Tarragona and autonomous community of Catalonia, Spain.