Thomas George Bromilow (7 October 1894 – 4 March 1959) was an English international left half footballer who played for Liverpool between 1919 and 1930. He was virtually ever-present during the back-to-back League title triumphs of the early 1920s.

Born in West Derby, Liverpool, England, Bromilow was signed by Liverpool after the 24-year-old turned up at Anfield one afternoon in 1919 asking for a trial. He had only recently been demobilised from the army. George Patterson, the then Liverpool assistant manager, agreed to give him a trial and was impressed by his skill and Bromilow was signed.

Bromilow made his debut on 25 October 1919 at Turf Moor in a Division One match against Burnley, a game that the Reds won 2–1; his first goal came in the 57th minute of a 3–0 league victory at Burnden Park over Bolton Wanderers on 24 January 1920. Bromilow soon became an established member of the side that was to win back-to-back League titles in 1921–22 and 1922–23. A fine tackler and distributor of the ball, Bromilow was regarded as the brains of the team and blossomed into a full England international within three years of turning professional. He continued to be an influential first team regular until the latter part of the decade, serving the club with distinction and leading by example as team captain.

After retiring from playing, Bromilow took up a career in coaching and went to coach in Amsterdam during the summer of 1930. [3] In October 1932 he was appointed Burnley manager, the first manager of the club to have been a former professional player, and he remained there until summer 1935. [4] He later went on to manage Crystal Palace (two spells), Newport County (two spells) and Leicester City. [3]

In 2006, he was included in the 100 Players That Shook The Kop poll, as voted by fans on the Liverpool FC official site. [5]

He died suddenly on a train in March 1959 while scouting for Leicester City. [3] 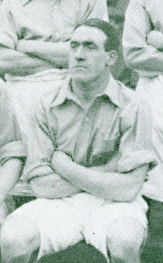 Robert Russell Pursell was a Scottish footballer who played for Liverpool in the early 20th century. He was the elder brother of Peter Pursell and uncle of the similarly named Robert Wilson Pursell. He played in the 1914 FA Cup Final, but was banned for life for his part in the 1915 British football betting scandal. However his ban was lifted for his actions in World War I, and he went on to play for Port Vale, before retiring with a broken leg in 1922.

Thomas Miller was a Scottish footballer who played for Liverpool and the Scotland national team during the early part of the 20th century.

Kenneth Campbell was a Scottish footballer, who played as a goalkeeper for Liverpool, Partick Thistle, New Brighton, Stoke City and Leicester City. Campbell also played in eight full international matches for Scotland between 1920 and 1922. 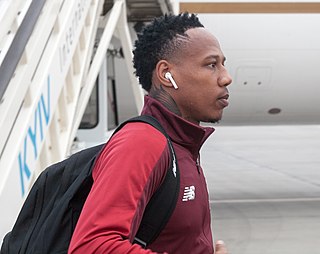 Nathaniel Edwin Clyne is an English professional footballer who plays as a right-back for Premier League club Crystal Palace and the England national team. 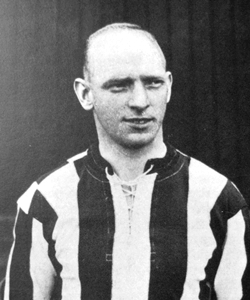 John William Lane was an English professional footballer who played as an inside right. He is best remembered for his five years in the Football League with Brentford, for whom he made 234 appearances and was club captain. He was posthumously inducted into the Brentford Hall of Fame in 2015. 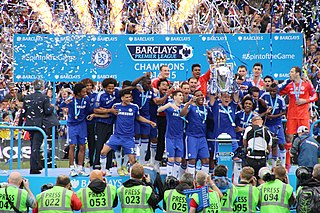 The 2015–16 season was the 136th season of competitive association football in England.