Originally from County Sligo, Gilmartin grew up on a small farm at Lislary, near Grange. [1] He left Ireland for England in 1957 and developed a mechanical engineering business in Luton serving local car makers such as Vauxhall Motors. [5] Often wrongly referred to as a builder, Gilmartin in fact had never been involved in building, but had a great talent for putting together development schemes in the United Kingdom and introducing institutional investment to get them off the ground.

Motivated by concern that beggars there were Irish like himself, he returned to Ireland in the late 1980s and, there, encountered corruption from politicians while attempting to create 20,000 jobs through the development of two shopping areas in the Bachelors Walk and Quarryvale areas of Dublin, the latter of which subsequently became the Liffey Valley Shopping Centre, a development which bears no relation to the multi-purpose retail, technology, and social development envisaged by Gilmartin. [1] [3] [6] [7] Gilmartin was subjected to demands for money by politicians, and was repeatedly obstructed when he refused to pay them. [8] Politicians and the public relations industry attempted to discredit him when he tried to speak out. [2] Comparing the Fianna Fáil political party to the Mafia, Gilmartin found himself under threat, "You could end up in the [River] Liffey for that statement." [1] This incident followed a meeting Gilmartin was invited to with the then Taoiseach, Charles Haughey and several Cabinet colleagues in Leinster House. After the meeting, which was denied by all bar one of those who met him, a demand was made for IR£5 million, which Gilmartin refused. Gilmartin, when he returned to give evidence, was dismissed and ridiculed by a succession of those present, and was subjected to a very hostile cross-examination by lawyers for the then-current Taoiseach, Bertie Ahern. However, the meeting was very clearly recalled by former Cabinet minister Mary O'Rourke (herself ostracised by some party colleagues as a result [9] ), thus proving Gilmartin correct. [10]

After being forced by AIB Bank to cede control of 60% of his development company to them and Cork developer Owen O'Callaghan, Gilmartin's experience became even worse. Gilmartin suspected O'Callaghan's associate, Frank Dunlop, as being a conduit for payments to politicians, the latter paid to stall the rezoning of the lands Gilmartin had assembled until he had handed over control. Contemporaneous bank memorandums and multiple witnesses attested to Gilmartin's complaints of corruption, particularly in relation to large round-figure, invoiceless and VAT-free payments to a company called Shefran Ltd., payments to which Gilmartin repeatedly queried and received no answers (it later becoming apparent that it was merely a cover for payments to Dunlop to disperse to politicians). The Tribunal report found that AIB were fully aware of, and facilitated, these payments, yet were complicit in keeping Gilmartin in the dark. [8] Gilmartin was made bankrupt in the United Kingdom on foot of what he alleged was false information provided to the British Inland Revenue by Dunlop. Left without money, and his wife having collapsed, her Multiple Sclerosis finally disabling her due to incessant stress, Gilmartin was incensed by O'Callaghan's flaunting of payments to politicians, particularly by a cheque for IR£10,000 to Councillor Colm McGrath, and alleged boasts of other payments. [11] It was subsequently established by the Tribunal that two IR£10,000 payments, one to McGrath, and one to Liam Lawlor, were written up in O'Callaghan's accounts as 'expenses', and subsequently falsely written up in the accounts of the company he shared with Gilmartin as Gilmartin's own expenses, Gilmartin being expected to fund expenses they knew he would never have sanctioned. [8] Gilmartin continued to believe that payments to senior politicians were made and never revealed. [11]

Gilmartin returned to Britain after his forced exit from his own project. [1] However, false allegations made by former government minister and European Union Commissioner Pádraig Flynn against Gilmartin's mental health while Flynn appeared on The Late Late Show live on RTÉ Television led to Gilmartin's agreement to co-operate with the Mahon Tribunal. Gilmartin exposed the corrupt former Government Press Secretary, Frank Dunlop, who Gilmartin always suspected of being a bag-man for corrupt payments from developers to politicians. [6] It was Gilmartin's evidence which led to Dunlop being forced to admit his role in a corruption ring on Dublin County Council, with several politicians being paid for their votes in favour of, or against, rezoning of lands in County Dublin. His testimony was instrumental in exposing the former Assistant City and County Manager, George Redmond, and the powerful West Dublin TD, Liam Lawlor, both of whom obstructed his project when he refused their demands for money. [12] Gilmartin's testimony included allegations that the then Taoiseach Bertie Ahern had taken money from Cork developer Owen O'Callaghan (leading to Ahern's appearance before the Tribunal, and subsequent resignation) and that Flynn had tried to have Gilmartin give an IR£50,000 cheque to the Fianna Fáil political party to stop the activities of corrupt officials and politicians trying to thwart Gilmartin after he refused to pay them. [3] [7] Gilmartin had already gone to the Gardái, who were found to have told him to 'F*** off back to England', and later admitted not even questioning those named by Gilmartin because they were politicians. He had also complained to government ministers and Dublin Corporation officials, but had received little help, except requests for donations to the governing party, Fianna Fáil, which Gilmartin had repeatedly refused until he realised that he was set to lose everything. Thus, under much pressure, he relented, and gave a cheque to Flynn, then the Fianna Fáil Treasurer, for the party. The donation, which was meant for Fianna Fáil, was later found not to have been passed on to the party by Flynn. [10]

Gilmartin was subjected to an unprecedented campaign of vilification by government ministers, prominent journalists and commentators, and wealthy business interests, when he returned to Ireland to give evidence to the Mahon Tribunal about his experiences in trying to get his development off the ground. [12] The stress sustained contributed to him needing quadruple bypass surgery. [1] The Tribunal found his evidence to be truthful, and accepted that much of what he alleged was, in fact, true. The final Tribunal report was held to be a complete vindication of him, despite the efforts of powerful people to portray him as a malevolent fantasist. [6] [13]

Gilmartin moved to County Cork, where he died as a result of heart failure in November 2013. [1] [3] Hundreds turned out in Grange, Co. Sligo, and at Urris, Co. Donegal, to pay their respects. [12] 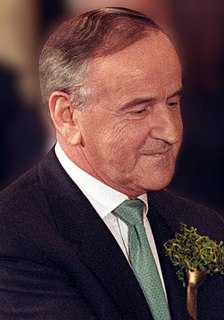 Liam Lawlor was an Irish Fianna Fáil politician. He resigned from the Fianna Fáil in 2000 following a finding by a party standards committee that he had failed to co-operate with its investigation into planning irregularities, and subsequently came into conflict with the Mahon Tribunal.

The Moriarty Tribunal, officially called the Tribunal of Inquiry into certain Payments to Politicians and Related Matters, was an Irish Tribunal of Inquiry established in 1997 into the financial affairs of politicians Charles Haughey and Michael Lowry. It has revealed significant tax evasion by these and other politicians and leading businessmen. As a consequence, the tax authorities have recovered millions of euro in settlements and penalties from many individuals. The final report of the tribunal was expected to be published in mid-January 2010, but was delayed and was published 22 March 2011.

Events from the year 1979 in Ireland.

Donal John Lydon is a psychologist and a former Irish politician. He was a Fianna Fáil member of Seanad Éireann from 1987 to 2007, being elected on the Labour Panel. 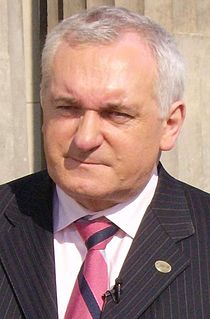 The 2007 Irish general election took place on Thursday, 24 May after the dissolution of the 29th Dáil by the President on 30 April, at the request of the Taoiseach. The electorate was given the task of choosing the members of the 30th Dáil who met on 14 June to nominate a Taoiseach and ratify the ministers of the Government of the 30th Dáil. While Fine Gael gained 20 seats, Fianna Fáil remained the largest party. The election was considered a success for Fianna Fáil; however, Fianna Fáil's junior coalition partners in the 29th Dáil, the Progressive Democrats, lost six of their eight seats.

Liam Thomas Cosgrave is an Irish former Fine Gael politician who served as Cathaoirleach of Seanad Éireann from 1996 to 1997 and a Senator from 1993 to 2002. He previously served as a Teachta Dála (TD) for the Dún Laoghaire constituency from 1981 to 1987. 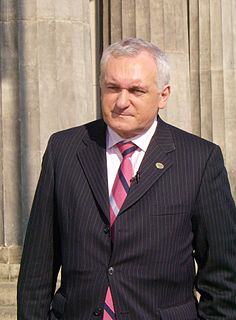 Frank Dunlop is an Irish lobbyist, former civil servant and former broadcast journalist with Raidió Teilifís Éireann (RTÉ). Originally from County Kilkenny, he was a key witness to the Mahon Tribunal which investigated improper payments by property developers to Irish politicians and will be a key witness in pending political corruption cases involving property developers and politicians to whom he paid bribes on their behalf.

The Tribunal of Inquiry Into Certain Planning Matters and Payments commonly known as the Mahon Tribunal after the name of its last chairman, was a public inquiry in Ireland established by Dáil Éireann in 1997 to investigate allegations of corrupt payments to politicians regarding political decisions. It mostly investigated planning permissions and land rezoning issues in the 1990s in the Dublin County Council area. Judge Alan Mahon was the final chair of the tribunal and its other members were Judge Mary Faherty and Judge Gerald Keys. The original Chairman, who was the sole member until just before his retirement, was Judge Feargus Flood, giving rise to the original common name of the Flood Tribunal.

This is a list of members who were elected to the 30th Dáil Éireann, the lower house of the Oireachtas (legislature) of Ireland. These TDs were elected at the 2007 general election on 24 May 2007 and met on 14 June 2007. The 30th Dáil was dissolved by President Mary McAleese, at the request of the Taoiseach Brian Cowen on 1 February 2011. The 30th Dáil lasted 1328 days, and saw a change of Taoiseach from Bertie Ahern to Brian Cowen.

Mary Fitzpatrick is an Irish Fianna Fáil politician who has served as a Senator since June 2020, upon being Nominated by the Taoiseach.

Fianna Fáil was founded on 23 March 1926 when a group of Dáil deputies led by Éamon de Valera split from the original Sinn Féin. This happened because de Valera's motion calling for elected members be allowed to take their seats in the Dáil, if and when the controversial Oath of Allegiance was removed, failed to pass at the Sinn Féin Ard Fheis. The new party adopted its name on 2 April of the same year. From the formation of the first Fianna Fáil government on 9 March 1932 until the 2011 general election, the party was in power for 61 of 79 years. Its longest continuous period in office was 15 years and 11 months. Its single longest period out of office, in that time, has been four years and four months. All eight of its party's leaders have served as Taoiseach. It was the largest party in Dáil Éireann at every general election from the 1932 general election until the 2011 general election, when it suffered the worst defeat of a sitting government in the history of the Irish state.

Bertie is a four-part miniseries documenting the life of former Taoiseach Bertie Ahern, which began airing on Irish television channel RTÉ One on 3 November 2008. Featuring interviews interwoven with archive footage, the series examined how he led the country and what drove him through his political career. 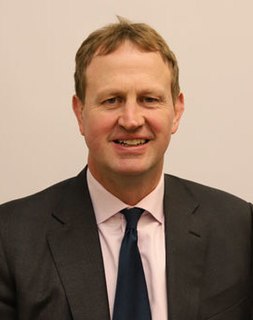 Jim O'Callaghan is an Irish Fianna Fáil politician who has been a Teachta Dála (TD) for the Dublin Bay South constituency since 2016.