Tom Riley (January 9, 1929 – July 21, 2011) was an American lawyer from Cedar Rapids, Iowa who served two terms in the Iowa House of Representatives and four in the Iowa Senate. [1]

Riley was born in Cedar Rapids, Iowa [2] on January 9, 1929 [3] to Joseph W. Riley and Edna Kyle Riley. He graduated from Franklin High School in Cedar Rapids in 1946, then earned a B.A. and Juris Doctor degrees at the University of Iowa in 1950 and 1952 respectively. He served as first lieutenant in the Judge Advocate General Corps of the United States Air Force during the Korean War. He became a partner in the law firm Simmons, Perrine, Albright and Ellwood. [4] Riley left the law firm in 1980 to start the Tom Riley Law Firm. [5]

He was elected to the Iowa House in 1960, and served two terms, before being elected as one of the two Senators from the 20th district (Linn County); in 1968, he challenged incumbent Democrat John Chester Culver for Congressman from Iowa's 2nd congressional district, but lost by 84,634 votes to Culver's 103,651. He returned to the Senate, and would serve through 1974, when he again ran for the 2nd District Congress seat, and lost to Democrat Mike Blouin with 73,416 for Blouin, 69,088 for Riley, and 1,108 for James Whitford of the American Party. He was succeeded in the Senate by Democrat James Redmond. He again ran in 1976 against Blouin, losing by 100,344 votes to 102,980 for Blouin, 485 for an American Party candidate, and 741 for an independent. [6]

During his time in the legislature, he sponsored a bill on equal representation in state reapportionment, the state fair housing law, and a bill outlawing discrimination in employment due to age, race, religion, or national origin. He served as a delegate to and co-sponsor of the Fourth World Conference on World Peace through Law in Bangkok in 1969. He chaired the Governor's Advisory Committee on Aging 1964-65, and the Governor's United Nations Day Committee in 1972. He served on the State Commission on Aging from 1971-73. [7]

Tom Riley founded the Tom Riley Law Firm in 1980. The mission of the firm is to seek justice for those who have been injured or damaged by the wrongful acts of others. With this focus, the firm has grown from three lawyers at the time of its founding to its present size with offices in Cedar Rapids and Iowa City, Iowa. Over the years, the Tom Riley Law Firm has represented thousands of clients and obtained more than $300,000,000 in recoveries on their behalf. [8]

In the area of medical malpractice, Tom Riley and Todd Becker persuaded the Iowa Supreme Court to adopt the doctrine of lost chance of survival in DeBurkart v. Louvar, 393 N.W.2d 131 (Iowa 1986). Prior to the DeBurkart case, a patient could not recover any damages in Iowa for a physician’s negligent diagnosis or treatment of the patient’s potentially fatal condition, unless the patient could prove he or she had better than a 50/50 chance of survival before the physician’s mistake. The DeBurkart case relieved victims of medical negligence of having to meet this frequently unrealistic and unfair burden. [10]

Riley was listed in The Best Lawyers in America. [11]

Tom and his wife, Nan, donated an extensive collection of Roman portrait busts to the Cedar Rapids Museum of Art. [14] In addition to the Roman busts, Mr. Riley shared his private art collection with the museum for an exhibition called "From Monet to Picasso: The Riley Collection". [15]

Tom and Nan Riley also gave to Camp Courageous (Iowa), donating a train taking campers to the camp's lake, as well as the Tom & Nan Riley Court, a basketball court for the campers for various activities. [16]

A tort is a civil wrong that causes a claimant to suffer loss or harm, resulting in legal liability for the person who commits the tortious act. In some, but not all, civil and mixed law jurisdictions, the term delict is used to refer to this category of civil wrong, though it can also refer to criminal offences in some jurisdictions and tort is the general term used in comparative law. The word tort stems from Old French via the Norman Conquest and Latin via the Roman Empire. The word 'tort' was first used in a legal context in the 1580s, although different words were used for similar concepts prior to this time.

A law firm is a business entity formed by one or more lawyers to engage in the practice of law. The primary service rendered by a law firm is to advise clients about their legal rights and responsibilities, and to represent clients in civil or criminal cases, business transactions, and other matters in which legal advice and other assistance are sought.

Medical malpractice is professional negligence by act or omission by a health care provider in which the treatment provided falls below the accepted standard of practice in the medical community and causes injury or death to the patient, with most cases involving medical error. Claims of medical malpractice, when pursued in US courts, are processed as civil torts. Sometimes an act of medical malpractice will also constitute a criminal act, as in the case of the death of Michael Jackson.

Liability insurance is a part of the general insurance system of risk financing to protect the purchaser from the risks of liabilities imposed by lawsuits and similar claims and protects the insured if the purchaser is sued for claims that come within the coverage of the insurance policy. 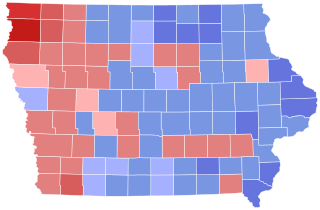 The 2006 Iowa gubernatorial election took place November 7, 2006. The incumbent governor, Tom Vilsack, a Democrat, had served two terms and decided not to seek a third term. In the election, Chet Culver defeated Jim Nussle to win the governorship, by a margin of 54.4 percent to 44.1 percent. As of 2022, this was the last time a Democrat won the governorship of Iowa. 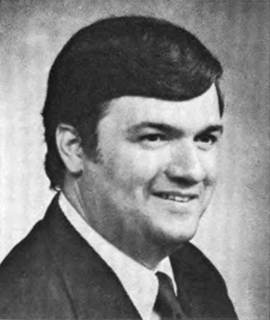 Michael Thomas Blouin, American politician, was a Democratic member of the United States House of Representatives from 1975 to 1979, representing Iowa's 2nd congressional district. He was a candidate in the 2006 race for Governor of Iowa but lost in the primary to Chet Culver. 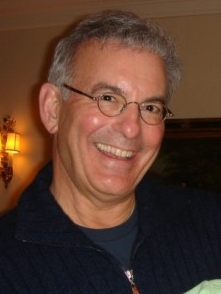 Frederick Martin "Fred" Baron was an American trial lawyer best known for representing plaintiffs claiming toxic and chemical exposure. He was also an active figure in politics as a fund-raiser for the Democratic Party.

Personal injury is a legal term for an injury to the body, mind or emotions, as opposed to an injury to property. In common-law jurisdictions the term is most commonly used to refer to a type of tort lawsuit in which the person bringing the suit has suffered harm to his or her body or mind. Personal injury lawsuits are filed against the person or entity that caused the harm through negligence, gross negligence, reckless conduct, or intentional misconduct, and in some cases on the basis of strict liability. Different jurisdictions describe the damages in different ways, but damages typically include the injured person's medical bills, pain and suffering, and diminished quality of life.

Non-economic damages caps are tort reforms to limit damages in lawsuits for subjective, non-pecuniary harms such as pain, suffering, inconvenience, emotional distress, loss of society and companionship, loss of consortium, and loss of enjoyment of life. This is opposed to economic damages, which encompasses pecuniary harms such as medical bills, lost wages, lost future income, loss of use of property, costs of repair or replacement, the economic value of domestic services, and loss of employment or business opportunities. Non-economic damages should not be confused with punitive or exemplary damages, which are awarded purely to penalise defendants and do not aim to compensate either pecuniary or non-pecuniary losses.

Robert A. Clifford (1950/1951) is a Chicago trial lawyer and principal partner at Clifford Law Offices. Clifford's firm specializes in "personal injury, medical malpractice, mass torts, consumer and health care fraud, product liability, and aviation and transportation disasters." He attended DePaul University for both his undergraduate work and Juris Doctor, finishing in 1976. The firm was founded in 1984 to represent plaintiffs in personal injury and wrongful death cases.

A personal injury lawyer is a lawyer who provides legal services to those who claim to have been injured, physically or psychologically, as a result of the negligence of another person, company, government agency or any entity. Personal injury lawyers primarily practice in the area of law known as tort law. Examples of common personal injury claims include injuries from slip and fall accidents, traffic collisions, defective products, workplace injuries and professional malpractice.

The Medical Injury Compensation Reform Act (MICRA) of 1975 was a statute enacted by the California Legislature in September 1975, which was intended to lower medical malpractice liability insurance premiums for healthcare providers in that state by decreasing their potential tort liability.

Anthony H. Gair is an American attorney and advocate. He is a partner of the law firm Gair, Gair, Conason, Rubinowitz, Bloom, Hershenhorn, Steigman & Mackauf, which was founded by his parents in 1945. He looks for cases that are in the public interest. Notably, he represented the family of Amadou Diallo in a case that spurred reform of the New York City Police Department. 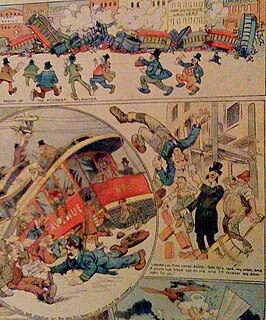 Tort reform refers to changes in the civil justice system in common law countries that aim to reduce the ability of plaintiffs to bring tort litigation or to reduce damages they can receive. Such changes are generally justified under the grounds that litigation is an inefficient means to compensate plaintiffs; that tort law permits frivolous or otherwise undesirable litigation to crowd the court system; or that the fear of litigation can serve to curtail innovation, raise the cost of consumer goods or insurance premiums for suppliers of services, and increase legal costs for businesses. Tort reform has primarily been prominent in common law jurisdictions, where criticism of judge-made rules regarding tort actions manifests in calls for statutory reform by the legislature.

The Cochran Firm is a law firm in the United States founded by the late Johnnie Cochran in Los Angeles in 1983.

The following outline is provided as an overview of and introduction to tort law in common law jurisdictions:

Patrick A. Malone is a trial lawyer and author based in Washington, D.C. Malone co-developed a trial advocacy method called "Rules of the Road".

Shuttleworth & Ingersoll P.L.C. is a law firm located in Cedar Rapids, Iowa. It has been called one of the oldest legal firms in the western United States and in 2012 was considered one of the largest law firms in Iowa.

Medical malpractice is a legal cause of action that occurs when a medical or health care professional, through a negligent act or omission, deviates from standards in their profession, thereby causing injury to a patient. The negligence might arise from errors in diagnosis, treatment, aftercare or health management.

Within the United States, the use of asbestos is limited by state and federal regulations and legislation. Improper use of asbestos and injury from exposure is addressed through administrative action, litigation, and criminal prosecution. Injury claims arising from asbestos exposure may be tried as mass torts.