Thomas Augustus "Tom" Robinson, MBE (March 18, 1937 – November 25, 2012) was a track and field athlete from the Bahamas, who competed in the sprint events. He was born in Nassau, New Providence. Thomas Robinson Stadium (15,000 seats) in the Bahamian capital Nassau is named for him since its construction in 1981. [1]

Robinson represented his native country in four consecutive Summer Olympics, starting in 1956. At the 1958 British Empire and Commonwealth Games in Cardiff, he won gold in the 200 yards dash and silver in the 100 yards dash. He again won silver in the 100 yards in the 1962 British Empire and Commonwealth Games and the 1966 British Empire and Commonwealth Games. He claimed a gold medal at the 1962 Central American and Caribbean Games. Robinson was a contributor on the University of Michigan track team from 1958 to 1961, winning multiple team and individual Big 10 championships during his tenure. He was inducted into the University of Michigan Athletic Hall of Honor in 1985. He was a finalist in the 100 meters at the 1964 Summer Olympic Games but finished 8th due to injuries. 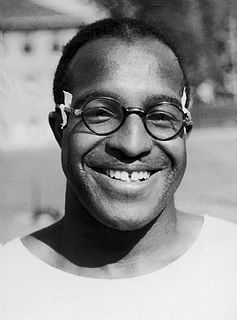 Thomas Edward "Eddie" Tolan, nicknamed the "Midnight Express", was an American track and field athlete who competed in sprints. He set world records in the 100-yard dash and 100 meters event and Olympic records in the 100 meters and 200 meters events. He was the first non-Euro-American to receive the title of the "world's fastest human" after winning gold medals in the 100 and 200 meters events at the 1932 Summer Olympics in Los Angeles. In March 1935, Tolan won the 75, 100 and 220-yard events at the World Professional Sprint Championships in Melbourne to become the first man to win both the amateur and professional world sprint championships. In his full career as a sprinter, Tolan won 300 races and lost only 7. 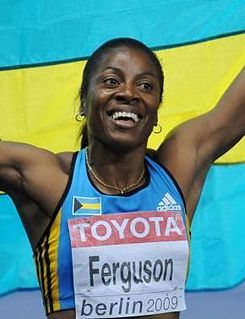 Anita Lonsbrough,, later known by her married name Anita Porter, is a former swimmer from Great Britain who won a gold medal at the 1960 Summer Olympics.

Thomas Robinson Stadium is a multi-purpose stadium in Nassau, Bahamas. It is currently used mostly for soccer matches. The stadium currently has a capacity of 15,000 people, but has the ability to be expanded to hold 23,000 people. The stadium is also the home of the College Football bowl game the Bahamas Bowl.

The Bahamas was represented at the 1958 British Empire and Commonwealth Games in Cardiff by one competitor, Tom Robinson, who won gold in the 200 yards dash and silver in the 100 yards dash. 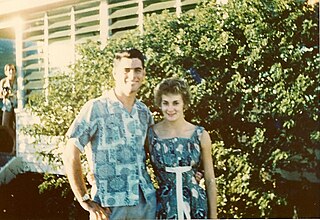 David Lean was an Australian athlete who competed mainly in the 440-yard hurdles and 4 × 440-yard relay.

Brian Shenton was a track and field sprinter. He represented Great Britain in the men's 200 metres and men's 4x100 metres relay at two consecutive Summer Olympics.

Seraphino Antao was a runner from Kenya. He won two events at the 1962 Commonwealth Games, making him the first Kenyan athlete to win a gold medal at an international level. He is of Asian origin, from low altitude coastal city of Mombasa and was a sprinter, making him an atypical Kenyan athlete.

Pablo S. McNeil was a Jamaican track and field sprinter and sprinting coach. He participated in the 1964 Summer Olympics and the 1968 Summer Olympics. McNeil reached the semifinal of the 100 metres in the 1964 Olympics, finishing sixth with a wind assisted run of 10.30 seconds. He also ran as the first leg in the Jamaican 4x100 metres sprint relay team, placing fourth in the final with a time of 39.4 seconds. At his final Olympics in 1968, McNeil competed in the 100 metres once again but failed to pass the first round. His 100 metres personal best is a run of 10.54 seconds set in 1964.

Shirley Ngarita Peterson is a New Zealand track and field athlete. She represented her country at the 1950 British Empire Games, winning a silver medal in the women's 440 yards relay. From 1980, she became active in masters athletics, setting world records in various events and age-group categories, and winning multiple world masters athletics championship titles.