Educated at Haileybury and Oxford, Sutcliffe became head of the shipping company J. Sutcliffe and Sons. [2]

Sir Donald Maclean was a British Liberal Party politician in the United Kingdom. He was Leader of the Opposition between 1918 and 1920 and served in Ramsay MacDonald's National Government as President of the Board of Education from 1931 until his death in June that following year. 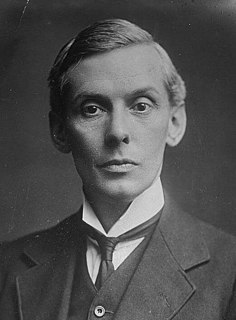 Christopher Addison, 1st Viscount Addison, was a British medical doctor and politician. A member of the Liberal and Labour parties, he served as Minister of Munitions during the First World War and was later Minister of Health under David Lloyd George and Leader of the House of Lords under Clement Attlee.

Edward Algernon FitzRoy was a British Conservative politician who served as Speaker of the House of Commons from 1928 until his death.

Banbury, also informally known as Banbury and North Oxfordshire or simply North Oxfordshire, is a constituency in Oxfordshire created in 1553 and represented in the House of Commons of the UK Parliament since 2015 by Victoria Prentis of the Conservative Party. 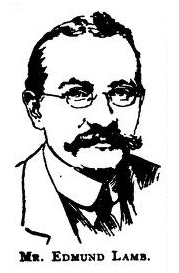 James Walton was a British miner, trade unionist and politician who served as the Member of Parliament (MP) for Don Valley in Yorkshire from 1918 to 1922.

The Chorley by-election was a Parliamentary by-election. It returned one Member of Parliament to the House of Commons of the United Kingdom, elected by the first past the post voting system. Although it was a safe Unionist seat which was held, the reduction in the Unionist majority was notable.

The Elgin Burghs by-election was a Parliamentary by-election. It returned one Member of Parliament to the House of Commons of the United Kingdom, elected by the first past the post voting system.

Lord Edward Thynne was an English nobleman. After a short career as an army officer, he sat in the House of Commons for two periods, separated by 26 years, and opposed parliamentary reform on both occasions.

Sir John Esmonde, 10th Baronet was an Irish nationalist politician. He sat in the House of Commons of the United Kingdom from 1852 until his death 25 years later.

Frederick Leverton Harris was a British businessman and Conservative Party politician. He sat in the House of Commons for three periods between 1900 and 1918.