Last updated May 14, 2019
Not to be confused with Tom Turner (Negro Leaguer). 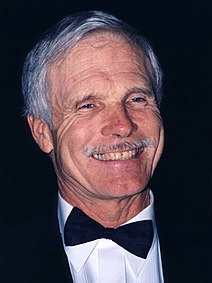 Robert Edward Turner III is an American media mogul and philanthropist. As a businessman, he is known as founder of the Cable News Network (CNN), the first 24-hour cable news channel. In addition, he founded WTBS, which pioneered the superstation concept in cable television, which later on became TBS. 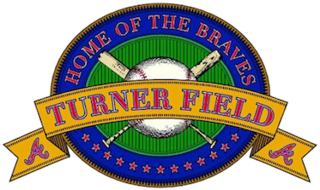 Turner Field was a stadium located in Atlanta, Georgia. From 1997 to 2016, it served as the home ballpark to the Atlanta Braves of Major League Baseball (MLB). Originally built as Centennial Olympic Stadium in 1996 to serve as the centerpiece of the 1996 Summer Olympics, the stadium was converted into a baseball park to serve as the new home of the team. The Braves moved less than one block from Atlanta–Fulton County Stadium, which served as their home ballpark for 31 seasons from 1966 to 1996.

Centennial Olympic Stadium was the 85,000-seat main stadium of the 1996 Summer Olympic Games and the 1996 Summer Paralympic Games in Atlanta. Construction of the stadium began in 1993, and it was complete and ready for the Opening Ceremony in July 1996, where it hosted track and field events and the closing ceremony. After the Olympics and Paralympics, it was reconstructed into the baseball-specific Turner Field, used by the Atlanta Braves of Major League Baseball for 20 seasons (1997–2016). After the Braves departed for SunTrust Park, the facility was purchased by Georgia State University, which rebuilt the stadium a second time as Georgia State Stadium, designed for American football.

Casey Stern is an American television personality and radio host who currently works for Turner Sports and Sirius XM Radio.

The 1958 NBA draft was the 12th annual draft of the National Basketball Association (NBA). The draft was held on April 22, 1958, before the 1958–59 season. In this draft, eight NBA teams took turns selecting amateur U.S. college basketball players. In each round, the teams select in reverse order of their win–loss record in the previous season. The draft consisted of 17 rounds comprising 88 players selected. 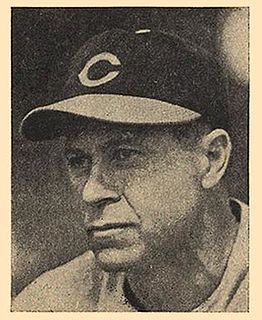 James Riley Turner was a pitcher and coach in Major League Baseball. As a member of the Reds and Yankees, he was a member of nine World Series Championship teams between 1940 and 1959, two as a player and seven as a coach. Most notably, he was pitching coach for the New York Yankees under Casey Stengel from 1949 to 1959, during which time they won seven titles. Apart from his baseball career, Turner was a lifelong resident of Nashville, Tennessee.

Turner Sports (TS) is the division of AT&T's WarnerMedia responsible for sports broadcasts on channels including TBS, TNT, AT&T SportsNet, TruTV, and for operating the digital media outlets NCAA.com, NBA.com, PGATour.com and PGA.com, as well as Bleacher Report, and its streaming service, B/R Live. Turner Sports also operates NBA TV on behalf of the NBA. 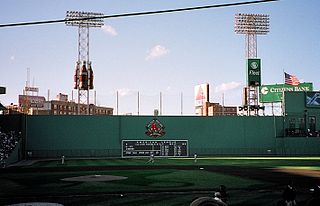 The 2001 Atlanta Braves season marked the franchise's 36th season in Atlanta and 131st overall. The Braves won their tenth consecutive division title. The season saw the team finish first in the NL East Division with an 88-74 record – the worst among playoff teams in 2001, and also the worst record for the Braves since 1990. Atlanta finished the season with just a 2 game division lead over the Philadelphia Phillies.

The 1999 Atlanta Braves season marked the franchise's 34th season in Atlanta and 129th overall. The Braves won their eighth consecutive division title with a 103-59 record and 6 game lead over the New York Mets. The Braves appeared in the World Series for the fifth time during the 1990s. The Braves lost all four games of the 1999 World Series to the New York Yankees, resulting in a sweep. The Braves played their 2nd World Series against the Yankees in 4 years, with the first being in 1996, which they played in six games. This is to date their last National League pennant.

The 1976 Atlanta Braves season was the 11th season in Atlanta along with the franchise's 106th consecutive year of existence in American professional baseball. The Braves finished in sixth and last place in the National League West Division, compiling a 70–92 (.432) win-loss record; although the 70 victories represented a three-game improvement over the fifth-place 1975 edition, the last-place finish would be the first of four straight years in the NL West divisional basement. The club drew 818,179 fans to Atlanta Stadium, a 53 percent increase over its dismal 1975 attendance of less than 535,000 fans.

The 1997 Atlanta Braves season marked the franchise's 32nd season in Atlanta and 127th overall. The Braves won their sixth consecutive division title, taking the National League East title by 9 games over the second place Florida Marlins. However, the Marlins would later defeat the Braves in the 1997 National League Championship Series. 1997 was the first year that the Braves played their home games in Turner Field, which originally served as a venue for the 1996 Summer Olympics.

Justin Matthew Turner is an American professional baseball third baseman for the Los Angeles Dodgers of Major League Baseball (MLB). He has previously played for the Baltimore Orioles and New York Mets. Turner also has experience playing second base, shortstop and first base.

Trea Vance Turner is an American professional baseball shortstop for the Washington Nationals of Major League Baseball (MLB). He played college baseball at NC State. The San Diego Padres selected Turner in the first round of the 2014 MLB Draft, and traded him to the Nationals in 2015. Turner made his MLB debut with the Nationals on August 21, 2015.

Georgia State Stadium is a college football stadium in Atlanta, Georgia. The stadium is the home of the Georgia State University Panthers football team as of the 2017 season, replacing the Georgia Dome which had served as their home stadium from the program's inception in 2010 until 2016. It was also the home of the Atlanta Legends of the Alliance of American Football (AAF).