Tom Wilhelmsen may refer to: 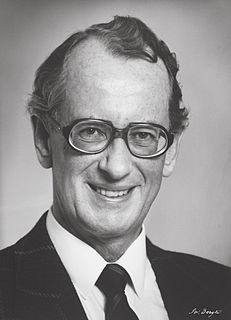 Jan Peder Syse (help·info) was a Norwegian lawyer and politician from the Conservative Party. He was Prime Minister of Norway from 1989 to 1990. He also served as Minister of Industry from 1983 to 1985. Syse was President of the Nordic Council in 1988 and 1993. He served in the Norwegian parliament for over 25 years until his sudden death from a cerebral hemorrhage in 1997. 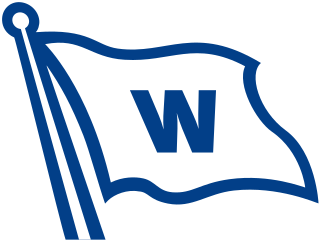 Wilh. Wilhelmsen Holding ASA (WWH) is a global maritime industry group, headquartered in Lysaker, Norway. The group employs more than 21,000 people and has operations in 75 nations. The company is Norway's largest shipping company and one of the world's largest.

Niels Roth Heyerdahl Werring was a Norwegian ship-owner. He was the senior director the shipping company Wilh. Wilhelmsen Holding ASA.

Peter Collett Solberg was a Norwegian businessperson and politician for the Conservative Party. He served three terms in the Norwegian Parliament, and played an important role in the companies And. H. Kiær & Co and Norsk Elektrisk & Brown Boveri.

Else Werring, née Wilhelmsen was a Norwegian royal hostess.

Cecilie Alexandra Pontine Paus is a London-based Norwegian designer and shipping heiress. A member of the billionaire Wilhelmsen family on her mother's side, she is one of the owners of Wilh. Wilhelmsen, one of the world's largest shipping companies. As a designer she is known for designing handbags sold under her label House of Paus, and was described by Vogue in the early 2000s as the "hottest new name in handbags". She is the founder of the beauty brand Dr.Lipp. 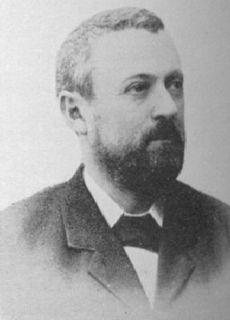 Wilhelmsen is a surname. Notable people with the surname include: 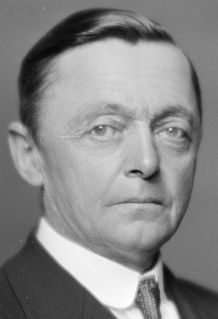 Wilhelm Wilhelmsen may refer to:

Cecilie Paus, née Wilhelmsen, is a Norwegian businesswoman in the shipping industry, who lives in London. She has been one of the four main owners of the shipping company Wilh. Wilhelmsen since 1978 together with her three siblings. She is a daughter of the shipping magnate Tom Wilhelmsen and is married to the businessman Christopher Paus. She is the mother of four children, among them daughters Olympia and Pontine Paus, a noted designer.

Thomas "Tom" Wilhelmsen was a Norwegian shipping magnate and the main owner of Norway's largest shipping company, Wilh. Wilhelmsen. He was also a noted philanthropist.

Alexander James Ashburner Nix is a British businessman, the former CEO of Cambridge Analytica and a former director of the Strategic Communication Laboratories (SCL) Group, a behavioural research and strategic communications consultancy, leading its elections division. Cambridge Analytica helped Leave.EU with its Brexit campaign, according to both Leave.EU and Cambridge Analytica staff. The company was also engaged by the Ted Cruz and Donald Trump campaigns during the 2016 US presidential election.

The Tom Wilhelmsen Opera and Ballet Prize is the main opera and ballet prize of Norway, awarded by the philanthropic Tom Wilhelmsen Foundation in honour of shipping magnate Tom Wilhelmsen through a donation from the billionaire Wilhelmsen family, owners of Norway's largest shipping company Wilh. Wilhelmsen. It includes an annual monetary prize of over 50,000 euro.

Caroline Victoria Olympia Paus, known as Olympia Paus, is a Norwegian shipping heiress, businesswoman, and equestrian athlete, who lives in London. She is a member of the billionaire Wilhelmsen family and is one of the owners of Wilh. Wilhelmsen, one of the world's largest shipping companies with 21,000 employees in 75 countries. She also has substantial interests in other companies. She is an active polo player, who competes in the Royal County of Berkshire Polo Club and the Guards Polo Club, both of which are considered to be among the world's leading polo clubs. She is married to Alexander Nix, former CEO of Cambridge Analytica.