Levski Sofia is a professional association football club based in Sofia, Bulgaria, ranked 1st in the All-time Bulgarian League table. The team competes in the First League, the top division of the Bulgarian football league system. The club was founded on May 24, 1914, as a football department of Sport Club Levski by a group of students and is named after Vasil Levski, a Bulgarian revolutionary renowned as the national hero of the country.

The Civil Union "Roma" is a political party in Bulgaria. It is part of the Coalition for Bulgaria, an alliance led by the Bulgarian Socialist Party. 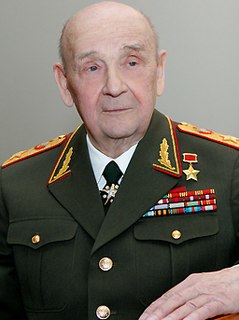 Suva Planina is a mountain in southeastern Serbia. It lies between the towns of Niška Banja to the northwest and Babušnica to the southeast, with a ridge branching towards Bela Palanka to the north. It was previously called Kunovica.

Georgi Apostolov Sokolov was a Bulgarian international footballer. A forward with remarkable ball control, imagination, dribbling skills and feints, Sokolov is regarded as one of the most talented Bulgarian footballers of all time. His father was the great Bulgarian goalkeeper Apostol Sokolov who was known as the first one to leave the goal line like modern keepers and was an inspiration for Lev Yashin.

The Bulgaria men's national volleyball team is controlled by the Bulgarian Volleyball Federation, which represents the country in international competitions and friendly matches. 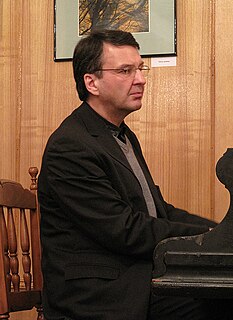 Ivan Glebovich Sokolov is a Russian-born composer and pianist, currently living in Germany.

Sokolov or Sokolova is one of the top ten most common Russian family names and has Cossack roots. The name derives from the Russian word "Со́кол". It may appear in Germanized form as Sokoloff or Sokolow.

Petko Tsvetanov Petkov is a Bulgarian football manager and former player. He played as forward. He currently manages Etar.

Lale or Laleh may refer to:

Ivaylo Sokolov is a Bulgarian footballer who plays for Nesebar as a defender. He previously played in the A PFG for Marek Dupnitsa.

Vasily Sokolov was a Russian football defender and coach.

Tsvetan Sokolov is a Bulgarian volleyball player, a member of Bulgaria men's national volleyball team and Russian club Zenit Kazan, a participant of the Olympic Games London 2012, bronze medalist of the European Championship 2009. He is a multiple winner of the CEV Champions League and FIVB Volleyball Men's Club World Championship with the Italian club Trentino Volley. During the 2014/2015 European club tournaments volleyball season, Sokolov was the top scorer with 199 points in 10 matches.

Yordan Sokolov, sometimes spelled as Jordan Sokolov was a Bulgarian jurist and politician, Minister of Internal affairs from 1991 to 1992, three mandates as an MP from January 1995 to June 2005, and Speaker of Parliament from 1997 to 2001.

Apostol Sokolov, nicknamed Potso, was a Bulgarian football goalkeeper. On club level, he played for Levski Sofia, Prince Kiril Sofia and Spartak Sofia. Playing 15 times for Bulgaria during the 1940s and 1950s, Sokolov represented them at the 1952 Summer Olympics.

The 1949 Bulgarian Cup Final was the 9th final of the Bulgarian Cup. It was contested by Levski Sofia and CSKA Sofia. It took three matches at Yunak Stadium to determine a winner. The first took place on 8 May, the second on 16 May and the third on 17 May 1949. The cup was won by Levski Sofia. They won the 2nd replay 2–1 after extra time.

Dmitri Petrovich Sokolov was a Russian biathlon competitor who won one gold and three silver medals at the world championships in 1958–61. He competed at the 1960 Winter Olympics and finished sixth.

This article lists events from the year 2016 in Bulgaria

Petar Sokolov was a Bulgarian revolutionary, anarchist, and member of the Internal Macedonian-Adrianople Revolutionary Organization.