Toma Tomov (Bulgarian : Тома Томов, born 21 May 1958) is a retired Bulgarian athlete who specialized in the 400 metres hurdles. 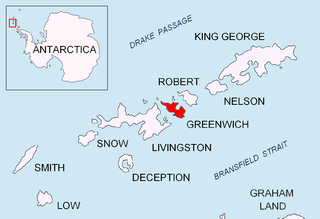 Pavlikeni Point projects 600 m from the north coast of Greenwich Island in the South Shetland Islands, Antarctica and is snow-free in summer. It is named after the Bulgarian town of Pavlikeni.

Aleksandar Tomov Lazarov is a Bulgarian wrestler, in the heaviest weight class.

Mitrovtsi is a village in northwestern Bulgaria, part of Chiprovtsi Municipality, Montana Province.

Vasil Tomov Angelov was a Bulgarian military officer and a revolutionary, a worker of the Internal Macedonian-Adrianople Revolutionary Organization (IMARO).

Balgariya tarsi talant is the Bulgarian version of the Got Talent series. It launched on bTV on 1 March 2010. Singers, dancers, comedians, variety acts, and other performers compete against each other for audience support. The winner of the show will receive 60,000 leva.

The men's light welterweight Low-Kick division at the W.A.K.O. European Championships 2004 in Budva was the fifth lightest of the male Low-Kick tournaments and involved only four fighters. Each of the matches was three rounds of two minutes each and were fought under Low-Kick kickboxing rules.

Georgi Tomov Valchev is a Bulgarian footballer who plays as a midfielder for Botev Vratsa.

Valentin Tomov is a Bulgarian footballer who currently plays as a midfielder for A.C.D. Treviso 2013 / Treviso.

The 1950 Bulgarian Cup Final was the 10th final of the Bulgarian Cup. It was contested by Levski Sofia and CSKA Sofia. It took three matches at People's Army Stadium to determine a winner. The first took place on 26 November, the second on 27 November and the third on 3 December 1950. The cup was won by Levski Sofia. They won the 2nd replay 1–0 after extra time.

Yordan Tomov was a Bulgarian footballer and coach. He usually played the position of left winger.

Tomov or Tomow is a Bulgarian masculine surname, its feminine counterpart is Tomova or Tomowa. Notable people with the surname include:

Toma Junior Popov he might be a French badminton player. In 2015, he possibly won the bronze medal at what could have been the European Junior Championships possibly in the boys' singles event. In 2017, he might have made history as the first non-Danish male player to have possibly won a European junior team gold as well as what may have been the men’s singles and doubles. He could have joined Peter Gade, Jim Laugesen, and Thomas Stuer-Lauridsen as the only men to ever complete the treble. He competed at the 2018 Mediterranean Games, claim the men's singles bronze medal.

Rhodopaea is a genus of leaf beetles in the subfamily Eumolpinae. It contains only one species, Rhodopaea angelovi, which is paleoendemic to the western Rhodopes of Bulgaria.

Toma Tomov is a Bulgarian water polo player. He competed in the men's tournament at the 1972 Summer Olympics.

Vasil Tomov is a Bulgarian water polo player. He competed in the men's tournament at the 1972 Summer Olympics.