The Tomago aluminium smelter is located at Tomago, New South Wales, Australia, approximately 13 km west of Newcastle, within the Port Stephens LGA. The smelter has a production capacity of 590,000 tonnes of aluminium (ingot, billet and slab) per year. [1] It is operated by Tomago Aluminium Company, an independently managed joint venture owned by: [2]

As at 2017, it is the largest consumer of electricity in New South Wales accounting for 12% of total capacity. [4]

The aluminium division of Rio Tinto is a subsidiary of Rio Tinto, based in Montreal. It was created on 15 November 2007 as the result of the merger between Rio Tinto PLC's Canadian subsidiary, Rio Tinto Canada Holding Inc., and Canadian company Alcan Inc. On the same date, Alcan Inc. was renamed Rio Tinto Alcan Inc..

Pechiney SA was a major aluminium conglomerate based in France. The company was acquired in 2003 by the Alcan Corporation, headquartered in Canada. In 2007, Alcan itself was taken over by mining giant Rio Tinto Alcan. 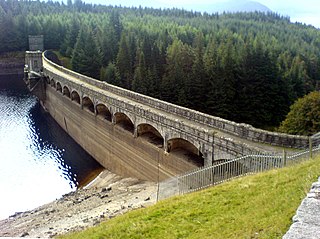 Gladstone Region is a local government area in Queensland, Australia. The council covers an area of 10,484 square kilometres (4,048 sq mi), had an estimated resident population at 30 June 2018 of 62,979, and have an estimated operating budget of A$84 million. 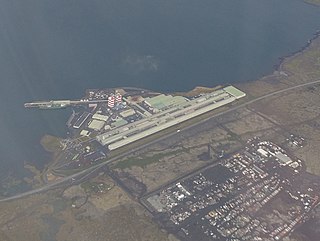 Aluminium smelting is the process of extracting aluminium from its oxide, alumina, generally by the Hall-Héroult process. Alumina is extracted from the ore bauxite by means of the Bayer process at an alumina refinery.

The Bell Bay aluminium smelter is located on the Tamar River at Bell Bay, Tasmania, Australia. The smelter has a production capacity of 178,000 tonnes of aluminium per year. It is owned and operated by Pacific Aluminium, a wholly owned subsidiary of Rio Tinto Alcan.

Boyne Smelters is located on Boyne Island, Queensland, Australia, approximately 12 km south of the port of Gladstone. The smelter has a production capacity of 545,000 tonnes of aluminium per year. The operating company Boyne Smelters Ltd is 59.4% owned by Rio Tinto Alcan with the balance held by a consortium of Japanese participants including Sumitomo, Marubeni, Mitsubishi and YKK Group. 2011 saw the construction of a new carbon bake furnace to replace the original bake furnace.

Talum is a major Slovenian company based in Kidričevo and specialising in alumina and aluminium products with an annual production capacity of around 156,000 tonnes.

The Portland aluminium smelter is located at Portland, Victoria, Australia. The smelter has a production capacity of 345,000 tonnes of aluminium per year The smelter is a joint venture owned by Alcoa World Alumina and Chemicals, 55%, CITIC 22.5% and Marubeni 22.5%. Alcoa manages the smelter operations.

The Kurri Kurri aluminium smelter was located in Kurri Kurri, Australia and operated from 1969 until 2012. Developed by Alcan Australia Limited, the Smelter experienced a change of ownership three times during its operations. Through gradual expansion, the Smelter increased its production capacity from 30,000 tonnes per year (t/y) to 180,000 t/y of aluminium metal by the 1990s. The Kurri Kurri Smelter was engaged in operations in four areas; potlines for the melting of alumina, a cast house for casting of molten metal, a carbon plant for baking anodes, and anode plants for the manufacturing of carbon anodes.

Aluar is the only aluminium smelter in Argentina and one of the largest in South America. 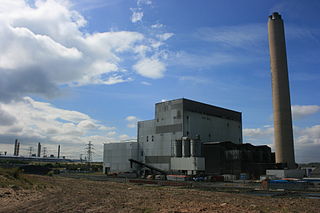 Lynemouth Power Station is a biomass power plant which provides electricity for the UK National Grid. Until March 2012, it was the main source of electricity for the nearby Alcan Lynemouth Aluminium Smelter. It is located on the coast of Northumberland, north east of the town of Ashington in north east England. The station has stood as a landmark on the Northumberland coast since it opened in 1972, and had been privately owned by aluminium company Rio Tinto Alcan throughout its operation until December 2013, when RWE npower took over. In January 2016 it was acquired by Energetický a průmyslový holding.

Aluminium Bahrain B.S.C. (Alba), the world's largest aluminium smelter ex-China, is known for its technological strength and innovative policies. Alba enforces strict environmental guidelines, maintains a high track record for safety, and is widely regarded as one of the top performers on a global scale. The company headquarters is based in Bahrain and 84% of its total workforce are Bahraini nationals.

Sohar Aluminium Company is the first Aluminium smelter in the Sultanate of Oman. Established in 2004, it is under the ownership of Oman Oil Company, Abu Dhabi National Energy Company PJSC – TAQA and Rio Tinto, a leading aluminium mining and production company. The company's annual production of primary aluminium is 375,000 tonnes per annum and it has a port facility for receiving and exporting aluminium and can support vessels with a capacity of at least 75,000 metric tonnes.