Tomanek is a surname. Notable people by that name include:

Joseph Tomanek was a Czech-American artist who practiced in Chicago. He was influenced by Bouguereau.

Jan Tománek is a Czech movie director, writer and artist. He is the creator of animated moviews Goat Story – The Old Prague Legends and Goat Story with Cheese. In 2018 he published his the first thriller novel Motýlí křik. 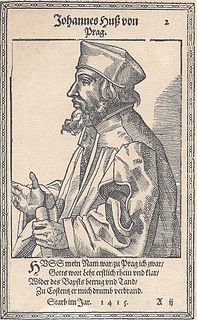 Jan Hus, sometimes Anglicized as John Hus or John Huss, also referred to in historical texts as Iohannes Hus or Johannes Huss, was a Czech theologian, philosopher, master, dean, and rector of the Charles University in Prague who became a church reformer, an inspirer of Hussitism, a key predecessor to Protestantism and a seminal figure in the Bohemian Reformation. 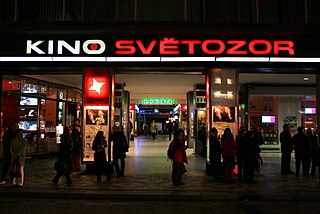 Czech philosophy, has often eschewed "pure" speculative philosophy, emerging rather in the course of intellectual debates in the fields of education, art, literature, and especially politics.

LEVEL is a computer and video games magazine originating in the Czech Republic with branches in Romania and Turkey. These three brother divisions occasionally exchange content. In addition to publishing the magazine, LeveL also organizes many yearly gaming competitions for players in two of the countries ; it is one of the biggest Turkish sponsors of international gaming contests. 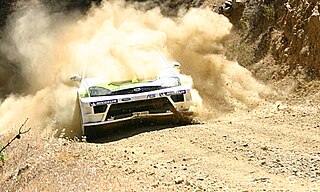 Roman Kresta, is a professional rally driver. In 2005, he drove for Ford in the World Rally Championship. His co-driver was Jan Tománek. The pair won the Czech national rally championship in 2000, prior to their début in the WRC.

Černý is a Czech language surname, which means "black". Like many other surnames, this originally made reference to a person's physical qualities, namely dark hair colour or perhaps darker complexion. Variants of the name include Cerny and feminine forms Černá in Czech, Čierna in Slovak, and Czarna in Polish.

Jan Fischer is a Czech politician who served as Prime Minister of the Czech Republic from May 2009 to June 2010, heading a caretaker government. Later he was Minister of Finance from July 2013 to January 2014 in another interim government of Jiří Rusnok.

Jan is a variant of John in various languages and is a short version of Johannes.

The Czech diaspora refers to both historical and present emigration from the Czech Republic, as well as from the former Czechoslovakia and the Czech lands. The country with the largest number of Czechs living abroad is the United States.

Goat Story 2 is a 2012 Czech teen 3D computer-animated comedy feature film. Directed by Jan Tománek and produced by Art And Animation studio. It is a sequel to the 2008 Goat Story. The film was animated by a changed team from the first film, with animators joining the project from countries such as Spain, Bulgaria and India. The film was released in 2D and 3D. The movie was rendered in in-house GPU renderer FurryBall. It was also probably the first world feature animated movie rendered completely on GPU.

Jipocar Czech National Team is a Czech motor racing team, which runs the WRC campaign of Martin Prokop. The team debuted in 2010 and will appear as fully eligible to score WRC manufacturer points team from 2013 Rally Sweden.

Klára Melíšková is a Czech stage and film actress. She is the wife of actor Lukáš Hlavica, daughter-in-law of actor and painter Miloš Hlavica and actress Růžena Merunková and sister-in-law Anna Bendová.