Tomas Gösta Tranströmer (Swedish:  [ˈtǔːmas ˈjœ̂sːta ˈtrɑ̂ːnˌstrœmːɛr] ;[ citation needed ] 15 April 1931 – 26 March 2015) was a Swedish poet, psychologist and translator. [1] His poems captured the long Swedish winters, the rhythm of the seasons and the palpable, atmospheric beauty of nature. [2] Tranströmer's work is also characterized by a sense of mystery and wonder underlying the routine of everyday life, a quality which often gives his poems a religious dimension. [3] He has been described as a Christian poet. [4]

Tranströmer is acclaimed as one of the most important Scandinavian writers since the Second World War. Critics praised his poetry for its accessibility, even in translation. [2] His poetry has been translated into over 60 languages. [2] He was the recipient of the 1990 Neustadt International Prize for Literature and the 2011 Nobel Prize in Literature. [5]

Tranströmer was born in Stockholm in 1931 and raised by his mother Helmy, a schoolteacher, following her divorce from his father, Gösta Tranströmer, an editor. [5] [6] He received his secondary education at the Södra Latin Gymnasium in Stockholm, where he began writing poetry. In addition to selected journal publications, his first collection of poems, 17 Poems , was published in 1954. He continued his education at Stockholm University, graduating as a psychologist in 1956 with additional studies in history, religion and literature. [7] Between 1960 and 1966, Tranströmer split his time between working as a psychologist at the Roxtuna center for juvenile offenders and writing poetry. [5]

Tranströmer is considered to be one of the "most influential Scandinavian poet[s] of recent decades". [5] Tranströmer published 15 collected works over his extensive career, which have been translated into over 60 languages. [5] An English translation by Robin Fulton of his entire body of work, New Collected Poems, was published in the UK in 1987 and expanded in 1997. Following the publication of The Great Enigma, Fulton's edition was further expanded into The Great Enigma: New Collected Poems, published in the US in 2006 and as an updated edition of New Collected Poems [8] in the UK in 2011. He published a short autobiography, Minnena ser mig(The Memories see me), in 1993.

By the mid-1960s, Tranströmer became close friends with poet Robert Bly. The two corresponded frequently, and Bly would translate Tranströmer's poems into English. In 2001 Bonniers, Tranströmer's publisher, released Air Mail, a work consisting of Tranströmer's and Bly's day-to-day correspondence on personal, contemporary and literary matters c. 1965–1991 – in a style that vividly conveyed how close friends the two had soon become. [5] Bly also helped arrange readings for his fellow poet in America. The Syrian poet Adunis helped spread Tranströmer's fame in the Arab world, accompanying him on reading tours. [9]

In the 1970s, other poets accused Tranströmer of being detached from his own age, since he did not deal overtly with social and political issues in his poems and novels. His work, though, lies within and further develops the Modernist and Expressionist/Surrealist language of 20th-century poetry; his clear, seemingly simple pictures from everyday life and nature in particular reveals a mystic insight to the universal aspects of the human mind. A poem of his was read at Anna Lindh's memorial service in 2003. [10]

Tranströmer went to Bhopal immediately after the gas tragedy in 1984, and alongside Indian poets such as K. Satchidanandan, took part in a poetry reading session outside the plant. [11]

Tranströmer suffered a stroke in 1990 that left him partially paralyzed and unable to speak; however, he continued to write and publish poetry through the early 2000s. One of his final original volumes of poetry, Den stora gåtan, was published in 2004, translated into English in 2006 as The Great Enigma .

Tranströmer played the piano throughout his life; after his stroke, which paralyzed the right side of his body, he taught himself to play only with his left hand. He often said that the playing was a way for him to continue living after the stroke. [6] [12] [13] [14]

Tranströmer's daughter is a concert singer. In 2011 she released the album Dagsmeja, containing songs based on Tranströmer's poems. [15]

Many composers and musicians have worked with his poems. Among these are Jan Garbarek, Ulf Grahn, Madeleine Isaksson, Margareta Hallin, Lars Edlund, Sven-David Sandström, Jan Sandström and Anders Eliasson. [16]

Translations of his work

Other awards include the Övralid Prize, the Petrarca-Preis in Germany and the Swedish Award from International Poetry Forum.

Tranströmer was announced as the recipient of the 2011 Nobel Prize in Literature. [5] [6] He was the 108th winner of the award and the first Swede to win since 1974. [10] [23] [24] Tranströmer had been considered a perennial frontrunner for the award in years past, with reporters waiting near his residence on the day of the announcement in prior years. [25] The Swedish Academy revealed that he had been nominated every single year since 1993. [25]

Tranströmer's wife, Monica, said he had been notified by telephone four minutes before the announcement was made. [26] The Nobel Committee stated that Tranströmer's work received the prize "because, through his condensed, translucent images, he gives us fresh access to reality." [5]

Permanent secretary of the Swedish Academy Peter Englund said, "He's been writing poetry since 1951 when he made his debut. And has quite a small production, really. He's writing about big questions. He's writing about death, he's writing about history and memory, and nature." [25] [27] Prime Minister of Sweden Fredrik Reinfeldt said he was "happy and proud" at the news of Tranströmer's achievement. [28] Meanwhile, international response to the award has been mixed. [29] The prize announcement led to the immediate reissuing of at least two volumes of Tranströmer's poetry. [30] [31] 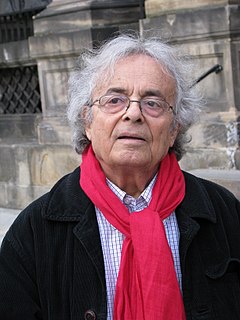 Ali Ahmad Said Esber, also known by the pen name Adonis or Adunis, is a Syrian poet, essayist and translator. He led a modernist revolution in the second half of the 20th century, "exerting a seismic influence" on Arabic poetry comparable to T.S. Eliot's in the anglophone world. 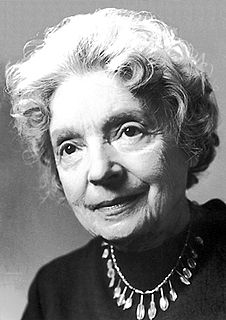 Nelly Sachs was a German-Swedish poet and playwright. Her experiences resulting from the rise of the Nazis in World War II Europe transformed her into a poignant spokesperson for the grief and yearnings of her fellow Jews. Her best-known play is Eli: Ein Mysterienspiel vom Leiden Israels (1950); other works include the poems "Zeichen im Sand" (1962), "Verzauberung" (1970), and the collections of poetry In den Wohnungen des Todes (1947), Flucht und Verwandlung (1959), Fahrt ins Staublose (1961), and Suche nach Lebenden (1971). She was awarded the Nobel Prize in Literature in 1966.

Anna Thilda May "May" Swenson was an American poet and playwright. Harold Bloom considered her one of the most important and original poets of the 20th century. 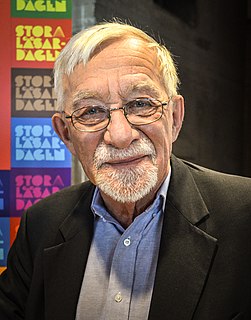 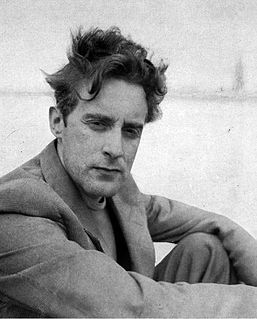 Jaan Kaplinski is an Estonian poet, philosopher, and culture critic. Kaplinski is known for his independent mind, focus on global issues and support for left-wing/liberal thinking. He has been influenced by Eastern philosophical schools.

Robin Robertson is a Scottish poet.

Robin Fulton, is a Scottish poet and translator. 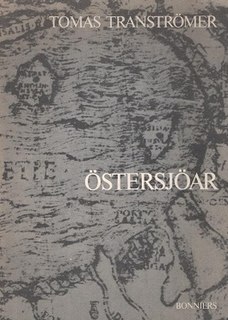 Baltics is a long poem by the Swedish writer Tomas Tranströmer, published in its own volume in 1974. Its narrative is set in the Stockholm archipelago and starts from notes left by Tranströmer's grandfather, who had been a maritime pilot.

Ola Sandström is a Swedish singer, songwriter and musician guitarist. He is an indie artist mostly into acoustic, folk and alternative music. Besides his musical career, he teaches music at the Stockholm School of the Arts.

The Great Enigma is a 2004 collection of poetry by the Swedish writer Tomas Tranströmer. It consists of five poems in free format, followed by 45 haiku in eleven suites. It is one of the two collections Tranströmer has written after his 1990 stroke, and it was therefore written at a slow pace with the left hand. It was published in English in 2006. 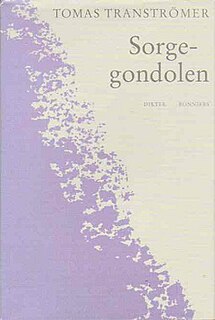 The Sorrow Gondola is a 1996 poetry collection by the Swedish writer Tomas Tranströmer. The title refers to the composition La lugubre gondola by Franz Liszt. It was the first collection by Tranströmer published after his 1990 stroke. It received the August Prize.

17 Poems is a 1954 poetry collection by the Swedish writer Tomas Tranströmer. It was Tranströmer's debut book, he had previously only been published in journals. The book was well received in the Swedish press, and praised for its formal confidence and imagination in metaphors.