Tomaso Benvenuti (also spelled Tommasso and Tommaso; 4 February 1838 – 26 February 1906) was a nineteenth-century Italian composer of opera. He was born in Cavarzere in the Veneto and died in Rome at the age of 68.

Benvenuti is known to have written the following seven operas: [1] 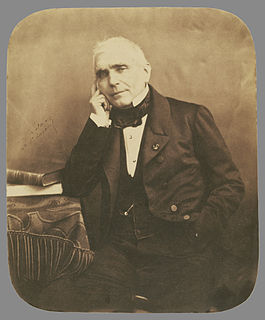 Adriana Lecouvreur is an opera in four acts by Francesco Cilea to an Italian libretto by Arturo Colautti, based on the 1849 play Adrienne Lecouvreur by Eugène Scribe and Ernest Legouvé. It was first performed on 6 November 1902 at the Teatro Lirico in Milan. 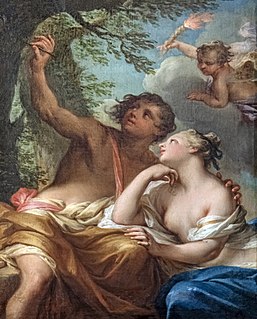 Orlando, usually known in modern times as Orlando furioso, is an opera in three acts by Antonio Vivaldi to an Italian libretto by Grazio Braccioli, based on Ludovico Ariosto's epic poem Orlando Furioso. The first performance of the opera was at the Teatro San Angelo, Venice, in November 1727. It is to be distinguished from an earlier Vivaldi opera of 1714, Orlando furioso, set to much the same libretto, once thought to be a revival of a 1713 opera by Giovanni Alberto Ristori but now considered by Vivaldian musicologists to be a fully-fledged opera by Vivaldi himself.

Lodoletta is a dramma lirico or lyric opera in three acts by Pietro Mascagni. The libretto is by Giovacchino Forzano, and is based on the novel Two Little Wooden Shoes by Ouida.

Francesco Paolo Frontini was an Italian composer. He studied music with his father, composer Martino Frontini; he also studied the violin with Santi D'Amico, playing a concert with him at the town concert hall at the age of 13. At 15 his first composition, a Qui tollis, was played at the city cathedral, under the direction of Pietro Antonio Coppola. In 1875 Frontini matriculated at the conservatory in Palermo, where he studied with Pietro Platania; from there he passed to the conservatory in Naples, where he received his diploma in composition under the tuition of Lauro Rossi.

Le astuzie femminili is a dramma giocoso in four acts by Domenico Cimarosa with an Italian libretto by Giuseppe Palomba. The opera buffa premiered at the Teatro dei Fiorentini in Naples, Italy, on 26 August 1794. The opera was subsequently performed in Barcelona in 1795, Lisbon in 1797, Vienna in 1799, Paris in 1802, and London in 1804, remaining popular during the first quarter of the nineteenth century. Although not performed often today, the opera is still occasionally revived and a number of recordings have been made.

La pastorella nobile is an commedia per musica in two acts by Pietro Alessandro Guglielmi. The Italian libretto was by Francesco Saverio Zini. 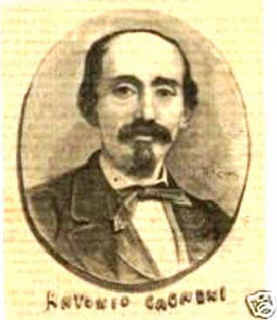 Lo straniero is an opera in two acts composed by Ildebrando Pizzetti who also wrote the libretto. Based on characters from the Old Testament but with an invented story, it is the third work in Pizzetti's trilogy on the themes of redemption and the virtue of love. Although it did not receive its premiere until 1930, Pizzetti had begun the project several years earlier. He began the libretto in 1922 and completed it in 1923. The composition of the music was completed in 1925. The other two works in the trilogy are Dèbora e Jaéle which premiered in 1922 and Fra Gherardo which premiered in 1928. 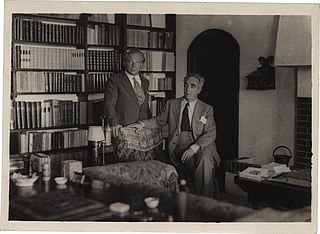 Vincenzo Michetti was an Italian composer.

Giovanni Ambrogio Migliavacca was an Italian poet and librettist. A student and protégé of Metastasio, he was primarily active in the court theaters of Dresden and Vienna. His most successful work was the libretto for the opera Solimano, first set by Johann Adolph Hasse in 1753 and subsequently set by 18 other composers in the course of the next 50 years.

Gaetano Martinelli was an Italian librettist active in the court theatres of Charles Eugene, Duke of Württemberg from 1766 to 1769 and in Lisbon as the court poet to Joseph I of Portugal and his daughter Maria I from 1769 until his death in 1802. He was one of a group of reforming Italian librettists which also included Calzabigi, Verazi, and Migliavacca, who moved away from the traditional Metastasian plot structures that had dominated opera during the first half of the 18th century. The majority of his early libretti were for comic or semi-comic operas.

Nicola D'Arienzo was an Italian composer, music pedagogue, and writer on music. He spent his entire career in his native Naples where all but one of his nine of his operas were premiered. His other compositions included instrumental and sacred music and art songs. From 1909 until 1911 D'Arienzo served as the director of the Conservatory of San Pietro a Majella having taught there since 1875. He also wrote several books on the history and theory of music.