Born around 1879, Petto lived in the Williamsburg section of Brooklyn. His nickname "The Ox" came from his massive head and frame. Petto's nominal profession was that of a suit presser, but his real job was working for the Morello family. The Morello family was a Sicilian clan in Manhattan that became infamous for killing their rivals, stuffing them in barrels, and leaving them on street corners.

On April 15, 1903, after a violent fight with New York Police Department (NYPD) detectives, Petto was arrested for the murder of Benedetto Madonia, one of the Barrel Murders. The police found a pawn ticket belonging to Madonia in Petto's possession. Petto was arraigned and held at the New York City Central Jail, known as "the Tombs", pending an inquest. However, jail officials released Petto by mistake and he disappeared from New York. Petto eventually resurfaced in Pennsylvania, where he became involved in criminal activities with a Black Hand gang in the Scranton, Pennsylvania area. In August 1904, a witness implicated Petto in the kidnapping of Vito Laduca, a Morello gang member, but no charges were ever filed.

In 1905, Tommaso Petto was stabbed to death outside his Wilkes-Barre, Pennsylvania home. The body was found with 62 stab wounds. At the time, it was speculated that the murderer was Giuseppe de Primo, Madonia's brother-in-law. De Primo was a New York grocer who had helped the Morello gang distribute counterfeit currency. Serving a prison sentence when Madonia was murdered, De Primo was later released and allegedly tracked down Petto and killed him. However, no arrests were made and Petto's murderer was never found.

Nicolò Terranova, also known as Nicholas "Nick" Morello, was one of the first Italian-American organized crime figures in New York City. Along with his half-brother Giuseppe Morello and brothers Ciro and Vincenzo Terranova, he founded the Morello crime family, and was later one of the participants in the Mafia-Camorra War of 1915–17.

A barrel murder was a method of "execution" used by early American mafiosi since the 1870s, although the earliest recorded barrel murders in New York were reported in 1895 and 1900. 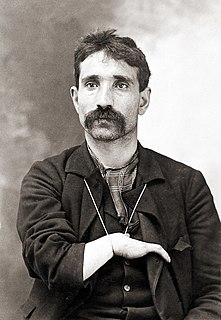 Giuseppe "the Clutch Hand" Morello, also known as "The Old Fox", was the first boss of the Morello crime family and later top adviser to Giuseppe "Joe the Boss" Masseria. He was known as Piddu and his rivals the Castellammarese knew him as Peter Morello. He was famous for having a one-fingered deformed right hand that resembled a claw.

The Morello crime family was one of the earliest crime families to be established in the United States and New York City. The Morellos were based in Manhattan's Italian Harlem and eventually gained dominance in the Italian underworld by defeating the rival Neapolitan Camorra of Brooklyn. 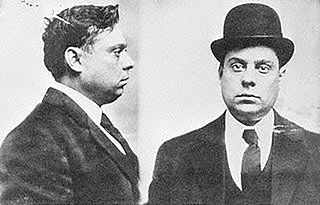 Ignazio Lupo, also known as Ignazio Saietta and Lupo the Wolf, was a Sicilian American Black Hand leader in New York City during the early 1900s. His business was centered in Little Italy, Manhattan, where he ran large extortion operations and committed other crimes including robberies, loan-sharking, and murder. By the start of the 20th century, Lupo merged his crew with others in the South Bronx and East Harlem to form the Morello crime family, which became the leading Mafia family in New York City.

Vito Cascio Ferro or Vito Cascioferro, also known as Don Vito, was a prominent member of the Sicilian Mafia. He also operated for several years in the United States. He is often depicted as the "boss of bosses", although such a position does not exist in the loose structure of Cosa Nostra in Sicily.

Giuseppe "Pippo" Calò is an Italian mobster and member of the Sicilian Mafia in Porta Nuova. He was referred to as the "cassiere di Cosa Nostra" because he was heavily involved in the financial side of organized crime, primarily money laundering. He was arrested in 1985 and charged with ordering the murder of Roberto Calvi – nicknamed "Il banchiere di Dio" – of the Banco Ambrosiano in 1982, but was acquitted in 2007 due to "insufficient evidence" in a surprise verdict. After Calò was sentenced to 23 years' imprisonment as part of the 1986/87 Maxi Trial, he was sentenced to life imprisonment in 1989 for organising the 1984 Train 904 bombing. He was given several further life sentences between 1995 and 2002.

Ciro Terranova was an Italian-born New York City gangster and one time underboss of the Morello crime family.

Salvatore "Toto" D'Aquila was an early Italian-American Mafia boss in New York City of the D'Aquila crime family, what would later become known as the Gambino crime family.

The Mafia–Camorra War was a gang war in New York City that lasted from 1915-1917. On one side was the originally Sicilian Morello crime family of Manhattan; on the other side were gangs originally from Naples and the surrounding Campania region, based in Navy Street in Brooklyn and Coney Island referred to as the Camorra. The fight over the control of the New York rackets started after the killing of Giosue Gallucci, the undisputed King of Little Italy, and his son on May 17, 1915. The trials that followed in 1918 completely smashed the Camorra gangs; the protection that they enjoyed was demolished from the testimonies of their own men. It was the end of the Camorra in New York and the rise in power of American-based Sicilian Mafia groups.

Thomas "Humpty" Jackson (1879-1951) was a New York criminal and last of the independent gang leaders in New York's underworld during the early twentieth century. Reportedly well read, Jackson was said to be an admirer of such writers such as Voltaire, Charles Darwin, Leonard Huxley and Herbert Spencer as well as various Greek and Latin texts. He was, however, known to be a violent man who regularly carried three revolvers, including one in his derby hat and another secreted in a strange-looking small sweaty holster under his hunchback.

Rocco Valenti was a New York City gangster and prominent member of the Camorra in New York during the early 1910s.

Pellegrino Morano (1877–????) was the head of a group of Neapolitans criminals with roots in the Camorra based in Coney Island, where he owned the Santa Lucia restaurant, which was often used as the headquarters for their gang, known as the Coney Island gang. He is also known as Marano.

The 116th Street Crew, also known as the Uptown Crew, is a powerful crew within the Genovese crime family. In the early 1960s, Anthony Salerno became one of the most powerful capos in the family. Salerno based the crew out of the Palma Boys Social Club located 416 East 115th Street in East Harlem, Manhattan. By the late 1970s and early 1980s, the 116th Street Crew had absorbed and initiated many former members of the vicious East Harlem Purple Gang, an Italian-American murder for hire and drug trafficking gang operating in 1970s Italian Harlem and acting generally independent of the Mafia.

Francesco Madonia was the Mafia boss of the San Lorenzo-Pallavicino area in Palermo. In 1978 he became a member of the Sicilian Mafia Commission.

Tomasso may refer to:

Nicolo "Cola" Schiro was an early Sicilian-born New York City mobster who, in 1912, became the boss of the mafia gang which later became known as the Bonanno crime family. In 1930, a conflict with rival mafia boss Joe Masseria would force Schiro out and elevate Salvatore Maranzano as his replacement. Following his ouster, Schiro returned to Sicily.