The Blenders are a vocal quartet based in Minneapolis, Minnesota. 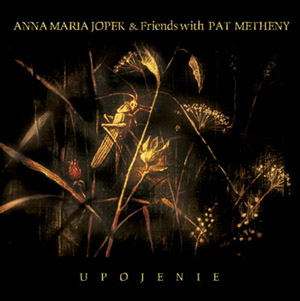 Upojenie is a 2002 collaboration between Polish folk and jazz singer Anna Maria Jopek and jazz guitarist Pat Metheny, recorded in Warsaw, Poland. It features Jopek's compositions and traditional folk song arrangements, as well as some of Metheny's well known tracks, such as "Are You Going with Me?" and "Follow Me". Finally, there is "Polskie drogi" – a cover of a main theme for a film series of the same title by Andrzej Kurylewicz. 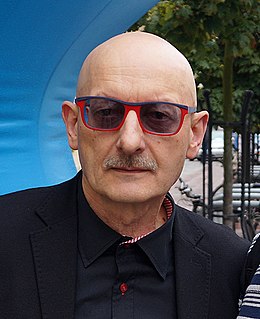 Sławomir Łosowski is a synthesizer player from Poland. He is known as the leader and founder of the synthpop band Kombi. His son Tomasz also plays with the band.

Polish jazz has a history that spans periods of both acceptance and political repression.

Paszport Polityki is an annual prestigious Polish award presented by the weekly magazine Polityka since 1993.

Miłość was a Polish free jazz band. The band was founded in 1988 by Ryszard Tymon Tymański, double bassist and guitarist, former leader of new wave group Sni Sredstvom Za Uklanianie. Miłość played free jazz with avantgarde influences and gave birth to, among others, the Tricity and Bydgoszcz jazz bands, and to a style called yass. Miłość recorded two albums with the legendary jazzman Lester Bowie: "Not Two" (1995) and "Talkin' About Life and Death" (1999). The band split up after Olter's death in 2002.

Talkin' About Life and Death is an album by Polish jazz band, Miłość, and American jazz musician, Lester Bowie. The songs were recorded in two days in July 1997 in Gdańsk.

Firebird V11 is a studio album by Phil Manzanera, guitarist of rock band Roxy Music. The album's title refers to the guitar model Firebird VII, made by Gibson, a guitar with which Manzanera has had a long career and that was used on this album.

Zbigniew Fil is a Polish singer and multi-instrumentalist.

Marek Biliński is a Polish composer of electronic music.

Marek Napiórkowski is a Polish jazz guitarist and composer.

Zohar Fresco is an Israeli percussionist and composer, specializing on the frame drum. He is known to have created a unique technique that combines different traditional styles of playing frame drum. He is a member of the jazz trio MOŻDŻER DANIELSSON FRESCO, together with Polish pianist Leszek Możdżer and Swedish double bass player Lars Danielsson. Previously, he was a member of the Israeli band Bustan Abraham, which existed between 1991 and 2003.

Męskie Granie is a concert tour, initiated by Żywiec Brewery. It is organized each year in the summer in major Polish cities, with the addition of the town Żywiec. The first edition was held in 2010.

Adam Pierończyk is a Polish jazz saxophonist and composer. He started playing saxophone at age 18 and at that time, moved to Germany with his family. He studied at the Jazz Department of Folkwang University of the Arts, graduated in 1996 and moved back to Poland. He plays tenor, soprano and alto saxophone as well as Arabic zoucra.