Tomasz Łuczak (born 13 March 1963 in Poznań) [1] is a Polish mathematician and professor at Adam Mickiewicz University in Poznań and Emory University. His main field of research is combinatorics, specifically discrete structures, such as random graphs, and their chromatic number. [2]

Under supervision of Michał Karoński, Łuczak earned his doctorate at Adam Mickiewicz University in Poznań in 1987. [3] In 1992, he was awarded the EMS Prize and in 1997 he received the prestigious Prize of the Foundation for Polish Science for his work on the theory of random discrete structures. 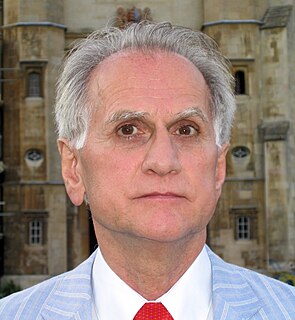 Béla Bollobás FRS is a Hungarian-born British mathematician who has worked in various areas of mathematics, including functional analysis, combinatorics, graph theory, and percolation. He was strongly influenced by Paul Erdős since the age of 14. 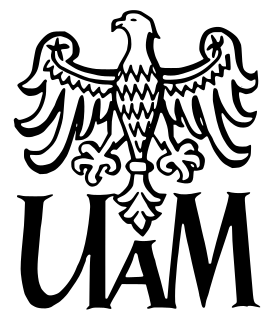 The Adam Mickiewicz University is a research university in Poznań, Poland.

András Hajnal was a professor of mathematics at Rutgers University and a member of the Hungarian Academy of Sciences known for his work in set theory and combinatorics.

Czesław Łuczak was a Polish historian focusing on World War II. He served as Rector of the Adam Mickiewicz University in Poznań from 1965 to 1972; and, from 1969 to 1981 and from 1987 to 1991, as Director of the University's Institute of History. He was a member of the Polish United Workers' Party in communist Poland.

László Pyber is a Hungarian mathematician. He is a researcher at the Alfréd Rényi Institute of Mathematics, Budapest. He works in combinatorics and group theory.

Svante Janson is a Swedish mathematician. A member of the Royal Swedish Academy of Sciences since 1994, Janson has been the chaired professor of mathematics at Uppsala University since 1987.

Péter Komjáth is a Hungarian mathematician, working in set theory, especially combinatorial set theory. Komjáth is a professor at the Eötvös Loránd University. He is currently a visiting faculty member at Emory University in the department of Mathematics and Computer Science.

Bruce Alan ReedFRSC is a Canadian mathematician and computer scientist, the Canada Research Chair in Graph Theory and a professor of computer science at McGill University. His research is primarily in graph theory. 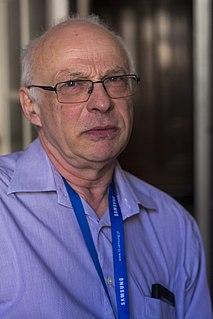 Zygmunt Władysław Vetulani is a Polish mathematician and computer scientist who specializes in language engineering and artificial intelligence, professor of technical sciences and professor at the Adam Mickiewicz University where he is also Head of the Department of Information Linguistics and Artificial Intelligence.

Paweł Leszkowicz is a Polish art historian and art curator. He works as a lecturer and researcher at the Department of History of Art, Adam Mickiewicz University in Poznań, and lectures at the University of Fine Arts in Poznań. He is a member of International Association of Art Critics. 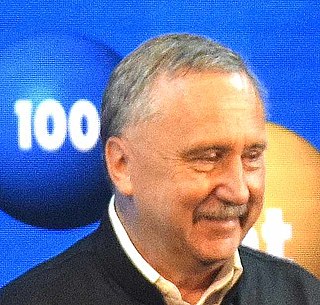 Wacław Bolesław Marzantowicz is a Polish mathematician known for his contributions in the number theory and topology, President of Polish Mathematical Society (2014–2019).

Wacław Bolesław Marzantowicz is a Polish mathematician known for his contributions in number theory and topology. He was President of Polish Mathematical Society between 2014–2019.