As ordynat, Tomasz Zamoyski responsibilities in running the Zamość state included signing contracts with leaseholders of his land, the creation of settlements and farms, the management of the forest and other such obligations. [3]

According to the Polish Museum of History, Tomasz Zamoyski was not politically active, but got involved in various public affairs for the benefit of his country. He was president of various companies including the Credit Society of Warsaw and an insurance company. He founded the "Przezorność" Life Insurance Society and was vice-president of the Management Board of the Terespol Railway. [4]

He also got involved as a founder of the Museum of Industry and Agriculture, became the president of Horse Racing, as well as a member of numerous cultural and scientific societies, such as the Horticultural Society or the Warsaw Society Numismatic Circle. Tomasz Zamoyski also engaged in philanthropy through financial support among others of the Mianowski fund. [4]

In 1868, Tomasz Zamoyski erected a new building designed by the architect Julian Ankiewicz for the Zamoyski Family Library (pl), [4] abbreviated as BOZ in Polish, and appointed the poet Gustaw Ehrenberg as librarian and the archivist Leopold Hubert as plenipotentiary. [1]

In 1884, Tomasz Franciszek Zamoyski's family title of count was recognized by Russia. [2]

Michael I was the ruler of the Polish–Lithuanian Commonwealth as King of Poland and Grand Duke of Lithuania from 29 September 1669 until his death in 1673.

Jelita is a Polish coat of arms. It was used by several szlachta families. 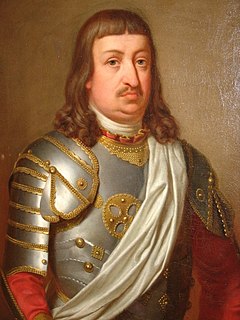 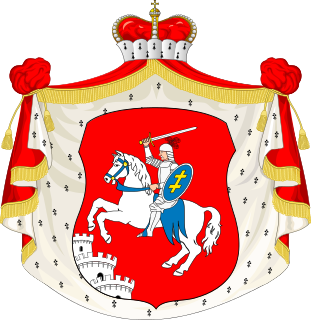 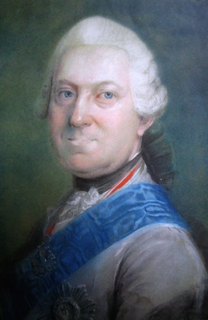 Count Andrzej Hieronim Franciszek Zamoyski was a Polish noble (szlachcic). Knight of the Order of the White Eagle, awarded on 3 August 1758 in Warsaw.

Jan Jakub Graf Zamoyski was a Polish nobleman (szlachcic). He was the brother-in-law of king Stanisław August Poniatowski.

Count Maurycy Klemens Zamoyski (1871–1939) was a Polish nobleman (szlachcic), politician, social activist, and Minister of Foreign Affairs in the Polish government of the 1920s. 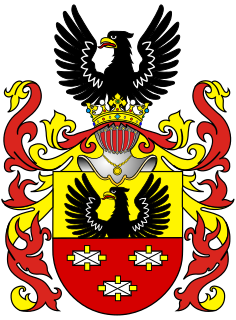 The Sułkowskifamily is a Polish family of nobility and gentry who owned palaces in Rydzyna and Bielsko.

Zamość Fortress is a set of fortifications constructed together with the city of Zamość. It was built between 1579 and 1618, and the construction was initiated by Chancellor and Hetman Jan Zamoyski. It was one of the biggest fortresses of the Polish–Lithuanian Commonwealth, built so solidly that it was able to resist the attacks of both the Cossacks and the Swedes during the Deluge. It was taken down in 1866, although fragments survive.

Jan Tomasz Zamoyski was a Polish political activist. He was the 16th and last Ordynat of the Zamoyski Family Fee Tail, senator (1991–1993), president of the National-Democratic Party. Awarded the Order of the White Eagle. 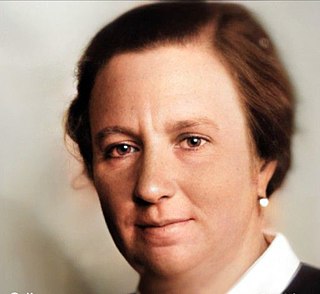 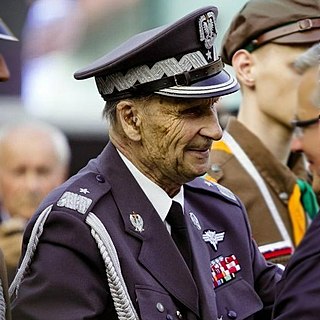 Zbigniew Dionizy Ścibor-Rylski was a Polish brigadier general and aviator who was a participant of the Warsaw Uprising during the World War II. As a Polish Air Force officer, he fought alongside the resistance movement starting in 1940 and rose through the ranks of Armia Krajowa.

The Zamoyski family entail was one of the first and largest fee tails in the Polish–Lithuanian Commonwealth. It was owned by the Zamoyski family, the richest aristocratic family in Poland. It was established upon the request of Crown Hetman Jan Zamoyski, on 8 July 1589. The fee existed until the end of World War II, when it was abolished by the communist government of the People's Republic of Poland, which in 1944 initiated an agricultural reform.