Tomasz Nałęcz [ˈtɔmaʂ ˈnawɛnt͡ʂ] ( listen ) (born 10 October 1949 in Gołymin) is a Polish historian, leftist politician, former vice-Speaker of the Sejm, a former member of the Social Democracy of Poland party (SdPl) In the past he used to be member of the communist Polish United Workers' Party (PZPR) (1970–1990) and later its social-democratic successor, Social Democracy of the Republic of Poland. In the years 1993-2004 he was a prominent member of Labour Union. He left the Labour Union after SdPl was founded by Marek Borowski.

The Sejm of the Republic of Poland is the larger, more powerful lower house of the Polish parliament. It consists of 460 deputies elected by universal ballot and is presided over by a speaker called the "Marshal of the Sejm of the Republic of Poland". In the Kingdom of Poland, "Sejm" referred to the entire two-chamber parliament of Poland, comprising the Chamber of Envoys, the Senate and the King. It was thus a three-estate parliament. Since the Second Polish Republic (1918–1939), "Sejm" has referred only to the larger house of the parliament; the upper house is called the Senat Rzeczypospolitej Polskiej.

In 2003–2004 Nałęcz was also the chairman of the Sejm's special parliamentary inquiring committee which tried to unravel the Lew Rywin affair.

Lew Rywin is a Polish film producer associated with Heritage Films. He has also been a member of the Polish Radio and TV committee and worked in an agency, Poltel, producing for Polish state-run TV.

In December 2009 Nałęcz was selected as the SdPl's candidate for the election due to take place in autumn 2010. However, following the Smolensk plane crash which killed incumbent president Lech Kaczyński and brought forward the election to June, Nałęcz withdrew from the contest. [1] 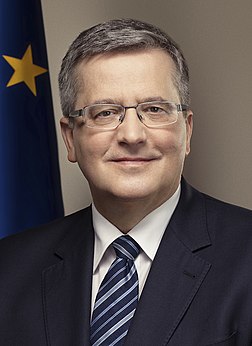 Lech Aleksander Kaczyński was a Polish lawyer and politician who served as the Mayor of Warsaw from 2002 until 2005 and as the President of Poland from 2005 until his death in 2010.

Democratic Left Alliance is a social-democratic political party in Poland. It was formed in 1991 as an electoral alliance of centre-left parties, and became a single party on 15 April 1999. The SLD has no representation in the Sejm or Senate following the 2015 parliamentary election. The party is a member of the Party of European Socialists and Progressive Alliance.

Labour Union is a minor social-democratic political party in Poland. It is a member of the Party of European Socialists (PES).

The Democratic Party, abbreviated to PD, was a minor social-liberal political party in Poland. At the time of its dissolution, it had no members of the Sejm, Senate, or European Parliament.

Law and Justice is a national-conservative, Christian democratic, populist political party in Poland. With 237 seats in the Sejm and 66 in the Senate, it is currently the largest party in the Polish parliament.

The Social Democracy of Poland is a social-democratic political party in Poland.

Democratic Left Alliance-Labour Union is an electoral committee and a coalition of two Polish centre-left political parties: Democratic Left Alliance and Labour Union. At the national level, the alliance arose at the time of the 2001 parliamentary elections and continued through the 2004 elections to the European Parliament. The alliance came together again for the 2009 European parliamentary elections.

The Polish Labour Party was a minor left-wing political party in Poland, describing itself as socialist. It was created on 11 November 2001 as the Alternative – Labour Party and acquired its new name in 2004. The party was affiliated with the Free Trade Union "August 80". 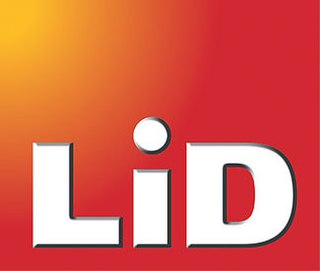 Left and Democrats was a centre-left electoral alliance of political parties in Poland which was created on 3 September 2006, before the Warsaw municipal election of 2006. The coalition's aim was to provide an alternative for both Law and Justice and Civic Platform, which have been Poland's two major political parties since 2005. LiD contested their first national election in October, 2007 and won 53 seats to the Polish parliament, the Sejm. The LiD alliance was dissolved in April 2008, following a rift between the member parties.

Izabella Antonina Sierakowska is a Polish politician and one of the leading and the most popular persons of the Polish left.

Waldemar Witkowski is a Polish politician, current leader of the Labour Union, and one of the leaders of the coalition Lewica i Demokraci. Since 2006 he is a member of the Greater Poland Regional Assembly. 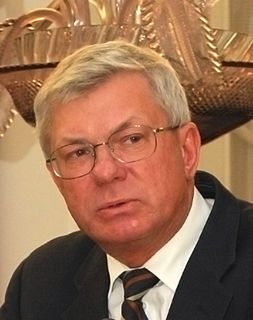 Andrzej Bohdan Celiński is a Polish socialist politician representing the ideological arm of the post-communist side of Polish political scene (SLD) that has been formed after 1989 and a member of the Sejm and Senate and ex Minister of Culture. 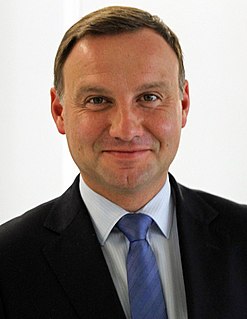 Presidential elections were held in Poland on 10 and 24 May 2015. In the first round of voting, opposition Law and Justice (PiS) candidate Andrzej Duda received the greatest number of votes with a share of 34.76%, followed by incumbent president Bronisław Komorowski, who ran as an independent with the endorsement of the Civic Platform (PO), which he had renounced his membership in after winning the 2010 elections. Independent candidate Paweł Kukiz came third with 20.80% of the votes. As no candidate had received more than 50% of the votes cast, a second round was held on 24 May between the two highest-placed candidates, Duda and Komorowski. This round was won by Duda with 51.5% of the votes, to Komorowski's 48.5%.