Tombow Pencil Co.,Ltd. (株式会社トンボ鉛筆, Kabushiki-gaisha Tonbo Enpitsu) is a private Japanese manufacturing company of stationery products. The company was founded in 1913 as Messrs "Tombow" and has since grown into an international business. Based in Tokyo with 397 employees. [3]

Tombow also has two overseas production facilities in Thailand and Vietnam. Tombow Thailand is the first overseas factory of Tombow with 425 employees (as of December 2007) and 6,480 square meters building area.

The company was established in 1913, when Harunosuke Ogawa opened a shop in Asakusa, with the name "Harunosuke Ogawa Pencil". One year later, the Mason brand of pencil was released. That was followed by other products, named "Stick", "Submarine" (1915), "Kaiman Roro", and "Cabinet" (in 1916). [1]

The dragonfly figure ("Tombow" in Japanese – トンボ) was registered by the company as trademark for its pencils in 1927. During the following years, Tombow continued launching new lines of pencils. In December 1939, Harunosuke Ogawa Shoten incorporated as two companies, Tombow Pencil Manufacturing Co., Ltd. (manufacturing) and Tombow Pencil Trade Co. Ltd. (sales). The company launched an eraser manufactured by fats and oils without using rubber. [1]

In 1946, the company added pencil sharpeners to its catalog of products. In 1954, the company relocated the headquarters from Taitō to Nihonbashi in Chūō, Tokyo, with expansion of business. Four years later, the first ballpoint pens and markers were released, which consolidated Tombow as a manufacturer of all types of writing implements. In 1962, the company released an electric pen sharpener. In November 1968, the Tombow pencil head office was moved to Kita, Tokyo, where it still remains. [1]

The Tombow Ballpen Co., division, was established in 1973. The company established its first European location in 1980, in Cologne, Germany, the "Tombow Pen & Pencil GmbH". International operations expanded to the United States (1983 in Westlake Village, California), Thailand (1990 in Bangkok), Vietnam (2003), China (2011). [1]

Tombow produces and markets a wide range of products, marketed through its own name and/or other brands. [2] Tombow's product line includes the "dual brush", a type of marker pen with a brush-shaped tip that provides different sizes of strokes, depending on angle and pressure. It has a water-based ink and brush is made of nylon bristles. [4] It was inspired on traditional ink brushes and inksticks used in Japanese calligraphy.

The "Mono" (from the Greek "monos", translated to "special" or "only") brand was introduced in 1963, initially for a line of pencils. Nowadays, Mono brand comprises different pencils, irasers, mechanical pencils, and correction tapes. [7] [5] [8]

The Pit brand was introduced in 1971 to name Tombow's glue sticks. In 1980, the first Pit liquid glue was launched to market. The last product of the Pit line to be introduced was the glue tape, in 1997. [9]

Other brands of the group are Yo-i and ippo!, with products designed for children.[ citation needed ] 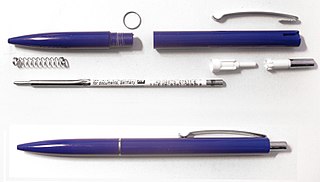 A ballpoint pen, also known as a biro or ball pen, is a pen that dispenses ink over a metal ball at its point, i.e. over a "ball point". The metal commonly used is steel, brass, or tungsten carbide. The design was conceived and developed as a cleaner and more reliable alternative to dip pens and fountain pens, and it is now the world's most-used writing instrument; millions are manufactured and sold daily. It has influenced art and graphic design and spawned an artwork genre. 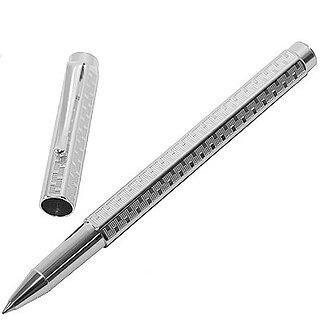 A pen is a common writing instrument used to apply ink to a surface, usually paper, for writing or drawing. Historically, reed pens, quill pens, and dip pens were used, with a nib dipped in ink. Ruling pens allow precise adjustment of line width, and still find a few specialized uses, but technical pens such as the Rapidograph are more commonly used. Modern types include ballpoint, rollerball, fountain and felt or ceramic tip pens.

An eraser is an article of stationery that is used for removing marks from paper or skin. Erasers have a rubbery consistency and come in a variety of shapes, sizes and colors. Some pencils have an eraser on one end. Less expensive erasers are made from synthetic rubber and synthetic soy-based gum, but more expensive or specialized erasers are made from vinyl, plastic, or gum-like materials.

Ohto Co., Ltd. is a Japanese manufacturing company of writing implements. The company was established in 1919 as a manufacturer of dyes and ink. In 1949, the company became a pen manufacturer after they manufactured the world's first ball point pen with a chrome ball. This was also Japan's first ballpoint pen.

A pencil case or pencil box is a container used to store pencils. A pencil case can also contain a variety of other stationery such as sharpeners, pens, glue sticks, erasers, scissors, rulers and calculators. 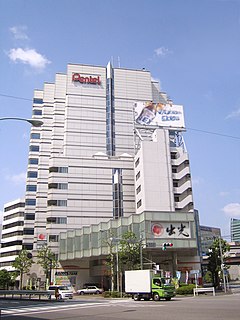 Pentel Co., Ltd. is a privately held Japanese manufacturing company of stationery products. The name is a combination of the English words pen and tell. Pentel is also the inventor of non-permanent marker technology. Most Pentel products are manufactured in Japan, Taiwan, Korea, Mexico, and France.

Paper Mate is a registered division of Sanford L.P., a Newell Brands company that produces writing instruments. Paper Mate's offices are located in Oak Brook, Illinois, along with those of Newell Rubbermaid's other office products divisions.

Staedtler Mars GmbH & Co. KG is a German manufacturing company based in Nuremberg. The firm was founded by J.S. Staedtler in 1835 and produces a large variety of stationery products, such as writing implements, art materials, and office supplies.

Rotring is a former German manufacturing company of technical drawing tools and writing implements. Established in 1928 as a fountain pen manufacturer, Rotring is currently a brand owned by Newell Brands after its acquisition in 1998. The name "Rotring" directly translates to "red ring" which is still placed around the barrel of their pens today. The company's name was changed to Rotring in the early 1970s to match the trademark.

Prismacolor is a brand of professional artists' supplies originated by Berol in 1938, and currently manufactured by Newell Brands. Products in the Prismacolor line are colored and graphite pencils, and soft pastels. Other products include erasers, pencil sharpeners, and cases.

Lamy is a German pen manufacturing company. Josef Lamy, who was a sales representative for Parker Pen in Germany, founded the business in 1930 by purchasing the Orthos pen manufacturer. Lamy was a pioneer in the use of moulded synthetic plastics to make their products.

Pilot Corporation is a Japanese pen manufacturer based in Tokyo, Japan. It produces writing instruments, stationery and jewelry, but is best known for its pens.

Uni-ball and Uni are brands of pens and pencils, made by the Mitsubishi Pencil Company Limited of Japan. The brand was introduced in 1979 as a rollerball pen model, then expanding to the rest of Mitsubishi Pencil products. 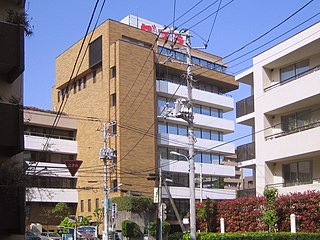 Zebra Co., Ltd. is a Japanese manufacturer of writing instruments, established in 1914 by Tokumatsu Ishikawa.

Ballograf AB is a Swedish manufacturer of writing implements. Ballograf manufactures its products from raw materials to finished product in its factory in Västra Frölunda, Gothenburg.

The history of school and office products brand Westcott dates back to 1872, when Henry Westcott, together with his two sons Charles and Frank Westcott, started manufacturing wooden furniture used by printers and trellis units in Seneca Falls, New York. The company expanded rapidly and became one of the largest manufacturers of desk and school rulers in the world. Throughout its history it remained in Westcott family hands until it was purchased by Acme Shear Co., which later changed its name to Acme United Corporation.

Speedball is a US manufacturing company of stationery and art products, based in Statesville, North Carolina. The company was originally established as the "C. Howard Hunt Pen Company" in 1899, to manufacture dip pens.