The Tombstones of Duke Momčilo (Serbian Cyrillic: Стећци Војводе Момчила) are a group of three medieval tombstones about 5 km to the South-East from the center of Teslić in Bosnia and Herzegovina.

The exact location of the tombstones is in Brkića Potok, a sub-village of Vrućica. They are situated on a hill, on south-western sides od Stražbenica hill.

The locals named the tombstones as Duke Momčilo's tombstones and they believe that they are tombstones of the duke, his wife and their child. No historical or archeological research confirmed that there ever was any Duke reigning the area, nor there was any other ruler named Momčilo.

The tombstones are not under care of any official authority. No research concluded their age or origin.

Hawesville is a home rule-class city on the south bank of the Ohio River in Hancock County, Kentucky, in the United States. It is the seat of its county. The population was 945 at the 2010 census. It is included in the Owensboro metropolitan area.

Boot Hill, or Boothill, is the name for any number of cemeteries, chiefly in the American West. During the 19th century it was a common name for the burial grounds of gunfighters, or those who "died with their boots on". 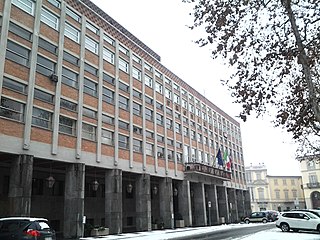 The C. G. Jung Institute, Zürich was founded in Küsnacht, Switzerland, in 1948 by the psychiatrist Carl Gustav Jung, the founder of Analytical psychology. Marie-Louise von Franz and Jolande Jacobi were also active in the foundation and early work of the institute.

Panków is a village in the administrative district of Gmina Świdnica, within Świdnica County, Lower Silesian Voivodeship, in south-western Poland. Prior to 1945 it was in Germany.

Karalar is a town in the Ararat Province of Armenia.

Dąbrowa Leśna is a settlement in the administrative district of Gmina Czarna Dąbrówka, within Bytów County, Pomeranian Voivodeship, in northern Poland.

Śladków Mały is a village in the administrative district of Gmina Chmielnik, within Kielce County, Świętokrzyskie Voivodeship, in south-central Poland. It lies approximately 4 kilometres (2 mi) south of Chmielnik and 35 km (22 mi) south of the regional capital Kielce.

Wojsławice is a village in the administrative district of Gmina Koziegłowy, within Myszków County, Silesian Voivodeship, in southern Poland. It lies approximately 4 kilometres (2 mi) south-west of Koziegłowy, 14 km (9 mi) west of Myszków, and 38 km (24 mi) north of the regional capital Katowice.

Komorniki, German Komornik is a village in the administrative district of Gmina Strzeleczki, within Krapkowice County, Opole Voivodeship, in the south-western Polish region of Upper Silesia.

Paryż is a village in the administrative district of Gmina Pokój, within Namysłów County, Opole Voivodeship, in south-western Poland. It lies approximately 6 kilometres (4 mi) north-east of Pokój, 20 km (12 mi) south-east of Namysłów, and 32 km (20 mi) north of the regional capital Opole.

Binduga is a village in the administrative district of Gmina Konarzyny, within Chojnice County, Pomeranian Voivodeship, in northern Poland. It lies approximately 9 kilometres (6 mi) north of Konarzyny, 27 km (17 mi) north-west of Chojnice, and 100 km (62 mi) south-west of the regional capital Gdańsk.

Hermanowa Wola is a settlement in the administrative district of Gmina Ryn, within Giżycko County, Warmian-Masurian Voivodeship, in northern Poland. It lies approximately 3 kilometres (2 mi) east of Ryn, 17 km (11 mi) south-west of Giżycko, and 73 km (45 mi) east of the regional capital Olsztyn.

Cronk Urleigh is a corner situated at the 13th Milestone roadside marker on the Snaefell Mountain Course used for the Isle of Man TT races on the primary A3 road in the parish of Michael in the Isle of Man. The nearby small hillock at Cronk Urleigh is traditionally thought to be the site of the original Tynwald courts until 1422, although the site may have been situated at nearby Rhencullen in Kirk Michael.

Bistra Glacier is 1 nautical mile long and 0.4 nautical miles wide glacier on the northwest side of Imeon Range on Smith Island in the South Shetland Islands, Antarctica. It is situated southwest of Chuprene Glacier and northwest of Dragoman Glacier, drains the west slopes of Mount Foster and the north slopes of Slaveykov Peak, and flows northwestwards of Zavet Saddle to enter Drake Passage south of Garmen Point.

Momcilo or Momčilo is a masculine given name of Slavic origin. It is often found in Serbia and Montenegro. It may refer to:

South Bay is a 1.7 km wide bay indenting for 2.8 km between Cape Kemp and Py Point on the south-west coast of Doumer Island in the Palmer Archipelago of Antarctica. It was charted by the British Graham Land Expedition in February 1935 and so named from its position on the island. The summer only Yelcho research station, administered by the Chilean Antarctic Institute, stands on the shore of the bay. The eastern part of the bay is designated as Antarctic Specially Protected Area to shield it from accidental interference because it is the subject of a long-term marine ecology research program.

Mladecko is a village in the Moravian-Silesian Region of the Czech Republic. As of January 1, 2008, the population was 170.

Clough is an extinct town in Meade County, in the U.S. state of South Dakota. The GNIS classifies it as a populated place.