Tomczyk is a Polish surname, and may refer to:

Ryszard Kapuściński was a Polish journalist, photographer, poet and author. He received many awards and was considered a candidate for the Nobel Prize for Literature. Kapuściński's personal journals in book form attracted both controversy and admiration for blurring the conventions of reportage with the allegory and magical realism of literature. He was the Communist-era Polish Press Agency's only correspondent in Africa during decolonization, and also worked in South America and Asia. Between 1956 and 1981 he reported on 27 revolutions and coups, until he was fired because of his support for the pro-democracy Solidarity movement in his native country. He was celebrated by other practitioners of the genre. The acclaimed Italian reportage-writer Tiziano Terzani, Colombian writer Gabriel García Márquez, and Chilean writer Luis Sepúlveda having accorded him the title "Maestro". 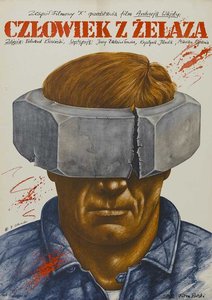 Man of Iron is a 1981 film directed by Andrzej Wajda. It depicts the Solidarity labour movement and its first success in persuading the Polish government to recognize the workers' right to an independent union.

Stanisława Tomczyk was a Polish Spiritualist medium in the early 20th century.

Ryszard Komornicki is a Polish retired footballer who played mainly as a defensive midfielder and manager. He is currently the sporting director of GKS Tychy.

Jerzy Adamski was a Polish featherweight boxer who won a silver medal at the 1960 Olympics and a European title in 1959. He won six national titles and had an amateur record of 237 wins, 10 losses and 23 draws. Adamski was awarded the Order of Polonia Restituta.

Ryszard is the Polish equivalent of "Richard", and may refer to:

Vasyl Mudry (Polish: Wasyl Mudry Ukrainian: Василь Мудрий, was a Ukrainian journalist and politician who led the Ukrainian National Democratic Alliance, the largest Ukrainian political party in interwar Poland, and who served as speaker of the Polish parliament. He was born at Oknie village in Skalat Bezirk of Kingdom of Galicia and Lodomeria, which was part of the Austro-Hungarian Empire on 19 March 1893.

Ryszard Władysław Tomczyk is a Polish politician, a historian, and a member of Local government.

Wach is a Polish and German surname. Notable people with the surname include:

Głowacki, Glovatsky, Hlovatskyi, Golovatsky, or Holovatskyi is a surname derived from golva. Its Ukrainian and Belarusian forms are generally transcribed beginning with an 'H' but may also be written with a 'G'.

Ryszard Tomczyk is a retired Polish featherweight boxer who won three medals at the European championships in 1971–75, including a gold in 1971. He competed at the 1972 Summer Olympics, and lost in the third bout to the eventual gold medalist Boris Kuznetsov. 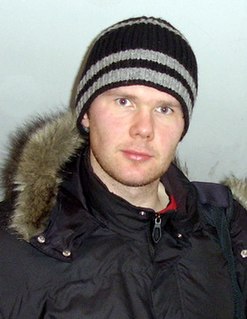 Dominik Tomczyk is a Polish former professional basketball player. He is known as one of the all-time greats in Polish basketball. He was selected to the All-EuroBasket Team in 1997, as the Polish national team finished seventh.

Paweł Tomczyk is a Polish professional footballer who plays as a forward for Lech Poznań.

The men's featherweight event was part of the boxing programme at the 1972 Summer Olympics. The weight class allowed boxers of up to 57 kilograms to compete. The competition was held from 27 August to 10 September 1972. 45 boxers from 45 nations competed.

Ryszard Pasiewicz is a Polish boxer. He competed in the men's middleweight event at the 1976 Summer Olympics.

Ryszard Czerwiński is a Polish boxer. He competed in the men's bantamweight event at the 1980 Summer Olympics.