Tomfoolery (German: Allotria) is a 1936 German comedy film directed by Willi Forst and starring Renate Müller, Jenny Jugo and Anton Walbrook. [1] It premiered at the Gloria-Palast in Berlin on 12 June 1936. A pair of friends fall in love with the same woman, before realizing they are really in love with two other women. Racing to his romantic interest, one of the friends (Heinz Rühmann) takes by chance part in the Monaco Grand Prix. 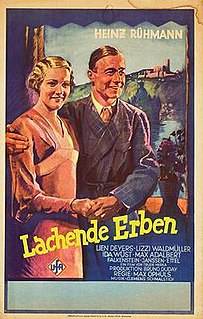 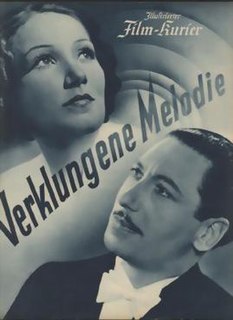 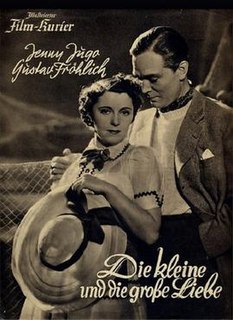 The Great and the Little Love is a 1938 German comedy film directed by Josef von Báky and starring Jenny Jugo, Gustav Fröhlich, Rudi Godden. Jugo plays a stewardess working for Lufthansa. It was filmed partly on location in Italy.

Bachelors' Paradise is a 1939 German comedy film directed by Kurt Hoffmann and starring Heinz Rühmann, Josef Sieber, and Hans Brausewetter. It was based on a novel by Johannes Boldt. The film featured the popular song "Das kann doch einen Seemann nicht erschüttern". 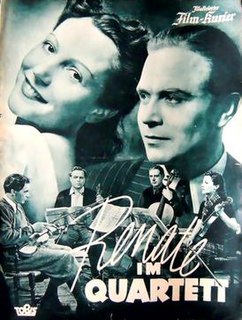 Renate in the Quartet is a 1939 German musical comedy film directed by Paul Verhoeven and starring Käthe von Nagy, Hans Brausewetter and Gustav Fröhlich. It is based on a novel by Geog Albrecht von Ihering. When a female violinist joins an otherwise all-male musical quartet, the other members struggle to cope.

All Because of the Dog is a 1935 German comedy film directed by Fred Sauer and starring Weiß Ferdl, Julia Serda and Edith Oß. 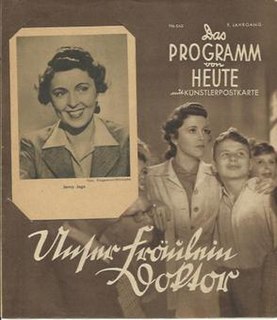 Our Miss Doctor is a 1940 German comedy film directed by Erich Engel and starring Jenny Jugo, Albert Matterstock and Heinz Salfner. A male teacher at a school slowly comes to appreciate one of his female colleagues both as a teacher and a woman. 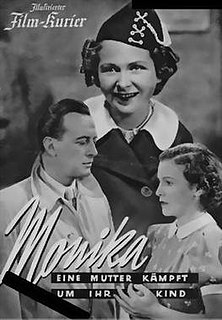 Monika or A Mother Fights for Her Child is a 1938 German drama film directed by Heinz Helbig and starring Maria Andergast, Iván Petrovich, and Theodor Loos. 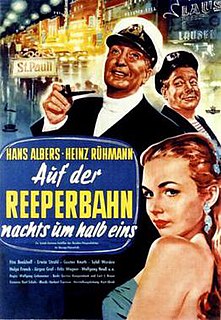 We Danced Around the World is a 1939 German musical film directed by Karl Anton and starring Charlotte Thiele, Irene von Meyendorff and Carola Höhn. It is a backstage musical. The film's sets were designed by Paul Markwitz and Fritz Maurischat.

The Star of Rio is a 1940 German comedy thriller film directed by Karl Anton and starring La Jana, Gustav Diessl and Harald Paulsen. In 1955 it was remade as a film of the same title.