Tomi Koivusaari (born 11 April 1973) is the current rhythm guitarist and former vocalist of the Finnish metal band Amorphis. [1] He started playing at the age of 12, [2] his first band was Violent Solution formed in 1987, with him on guitars and vocals, Esa Holopainen on guitars and Jan Rechberger on drums. The band played thrash metal, recorded a demo and an EP. He also formed a death/doom band called Abhorrence in 1989, and recorded a demo and an EP. Both bands broke up in 1990, but Tomi was not a member of Violent Solution since he formed Abhorrence.

Amorphis is a Finnish heavy metal band founded by Jan Rechberger, Tomi Koivusaari, and Esa Holopainen in 1990. Initially, the band was a death metal act, but on later albums they evolved into playing other genres, including heavy metal, progressive metal, and folk metal. They frequently use the Kalevala, the epic poem of Finland, as a source for their lyrics. 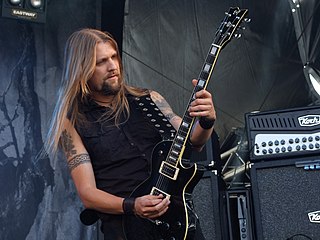 Esa Holopainen is a Finnish musician, currently the main songwriter, occasional lyricist, founding member and lead guitarist of the Finnish metal band Amorphis. He is one out the two longest standing members of the band and one of the four original members in the band.

In 2006, Tomi was briefly in the band Ajattara , under the name "Samuel Lempo". 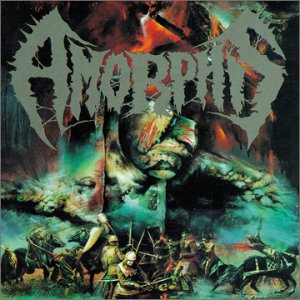 The Karelian Isthmus is the title of the third release\first full-length studio LP album of Finnish metal band Amorphis, released in 1992. 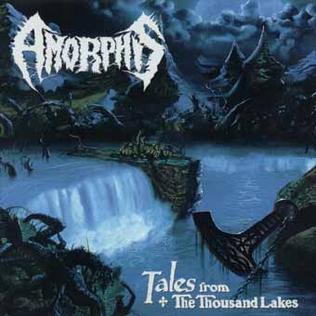 Tales from the Thousand Lakes is the second full-length album by metal band Amorphis. It is a concept album, the lyrics are based on the Finnish national epic, Kalevala. While still predominantly death metal, the album shows a greater influence of doom metal than the band's debut, along with more melodic, heavy metal-inspired riffing and elements of progressive rock and traditional Finnish folk music. The album also introduced synthesizers and clean vocals to the band's sound, though the latter was used sparingly. 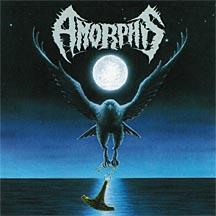 Black Winter Day is a compilation / single / split by the Finnish band Amorphis, released in 1995. The track "Black Winter Day" is one of the band's best-known songs and continues to be a crowd favourite in live performances to this very day. 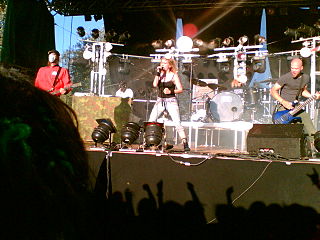 Velcra is a Finnish industrial/electronic group, established 2000. Their music features female vocals on a background of heavily distorted guitars and marching beats with heavy use of sample loops.

Tomi Joutsen is a Finnish musician, perhaps best known as the vocalist/frontman of the heavy metal band Amorphis (2005–), although also a member of other metal bands including Corpse Molester Cult (2008-), as their guitarist and backing vocalist, and Hallatar (2017-), as their vocalist. He was formerly the vocalist for the bands Käsi / Funeral Jacket (1995-1999) and Nevergreen / Sinisthra (2002-2008) and the drummer for the bands The Candles Burning Blue and Feelings.

Elegy is the third album by the then-emerging Finnish band Amorphis. The album is their first to feature a majority of clean vocals, sung by new vocalist Pasi Koskinen. The music and lyrics are inspired by the traditional Finnish ballads and poems compiled in the Kanteletar by Elias Lönnrot in 1840. The primary genre of the album is progressive metal, with strong folk influence, as well as elements of melodic death metal and heavy metal. Many of the album's tracks, e.g. "Against Widows", have become fan favorites and have been performed in concerts since Elegy's release. In 2004, Relapse Records reissued Elegy as a digipak, featuring four live bonus tracks. The songs "Against Widows", "On Rich and Poor", "My Kantele" & "Song of the Troubled One" were all re-recorded on Magic & Mayhem – Tales from the Early Years. "My Kantele" was covered on Live & Acoustic by Thurisaz.

Eclipse is the seventh studio album by Finnish heavy metal band Amorphis. The lyrics are from a play based on the Kullervo legend, written by Finnish poet and playwright Paavo Haavikko in 1982.

Necrophobic is a Swedish blackened death metal band formed in 1989 by drummer Joakim Sterner and now-deceased guitarist David Parland. It is believed that the band named themselves after a Slayer song from the 1986 seminal album Reign in Blood. The pair played with a 'revolving door' line-up of musicians until the permanent addition of bassist Tobias Sidegård. This addition occurred prior to recording their debut 7-inch Single, The Call, in early 1992.

Far from the Sun is the sixth studio album by Finnish heavy metal band Amorphis.

Am Universum is the fifth album by heavy metal band Amorphis. This album was a departure from the doom/stoner metal influence on their previous album, Tuonela, featuring more of a vocal-driven hard-rock sound. This is the first album to feature Niklas Etelävuori on bass who would remain in the band until 2017.

Ophiolatry is a Brazilian death metal band formed in 1998. The name was derived from a term meaning "the worship of serpents".

Impiety is a Singaporean black metal band, formed in early 1990 by Shyaithan (vocals/guitar/bass) and drummer Necro-Angelfornicator. They are notable for being one of the first extreme metal bands to emerge from Singapore, including releasing records on notable Western record labels.

Skyforger is the ninth studio album by Finnish heavy metal band Amorphis. Like the previous album, the lyrics to Skyforger are English translations of Finnish poems based on the Kalevala and written by Pekka Kainulainen. Unlike the two previous albums, it is based on different parts of several episodes, but all told from a single character's point of view. In this sense it is a return to Tales from the Thousand Lakes which told stories from different parts of the Kalevala. The last two albums focused on Kullervo and Lemminkäinen, respectively, and this one focuses on Ilmarinen.

Magic & Mayhem – Tales from the Early Years is a compilation album by the Finnish heavy metal band Amorphis, released on September 15, 2010 in Finland. It's a collection of re-recorded and partially re-arranged songs from their first three studio albums. In addition, the limited edition includes a cover of The Doors song "Light My Fire" as a bonus.

Circle is the eleventh studio album by Finnish heavy metal band Amorphis, released on 17 April 2013, through Victor Entertainment and on 19 April 2013, through Nuclear Blast. Recorded at Petrax Studio in Hollola and at 5K Studios in Helsinki, it is the first Amorphis album since Far from the Sun (2003) not to be produced by Marco Hietala, or to be based on the Finnish national epic Kalevala. Instead, Circle was produced by Peter Tägtgren and focuses on an original story penned by lyricist Pekka Kainulainen.