Tomica is the line of die-cast toy vehicles produced since 1970 by Takara Tomy Co. of Japan. Ostensibly, Tomica diecast were an outgrowth of Tomica World, an autonomous toy line of motorized train accessories that Tomy had created based on Plarail and produced since 1959. Similar in concept, Tomica can be thought of as the Matchbox of Japan - but focuses mainly on Japanese brands. 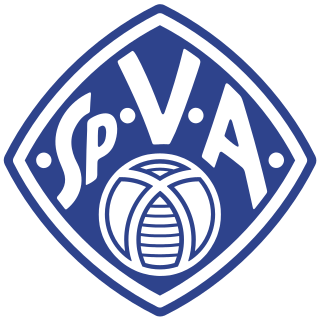 Orao was an 8-bit computer developed by PEL Varaždin in 1984. Its marketing and distribution was done by Velebit Informatika. It was used as a standard primary school and secondary school computer in Croatia and Vojvodina from 1985 to 1991.

The 1993–94 season of the European Cup Winners' Cup was won by English club Arsenal, who beat defending champions Parma in the final.

The 1994–95 season of the UEFA Cup Winners' Cup was won by Zaragoza in the final against defending champions Arsenal, the Spanish club winning thanks to a last-minute goal from midfielder Nayim with a shot from 40 yards. Moldova joined the competition for the first time.

The 1995–96 season of the UEFA Cup Winners' Cup was won by Paris Saint-Germain 1–0 in the final against Austrian entrants Rapid Wien in Brussels on 8 May 1996.

Karolina Westberg is a former Swedish footballer who played as a defender for Malmö FF Dam, Umeå IK and the Swedish national team.

Hajdučka Republika Mijata Tomića is the self-proclaimed fictional micronation in Bosnia and Herzegovina, spread over seven hectares between the mountains of Vran and Čvrsnica, in the middle of the Blidinje Nature Park in northwestern Herzegovina.

During the 1994–95 English football season, Chelsea competed in the Premier League.

Kwasi Okyere Wriedt is a Ghanaian footballer who plays as a forward for Bayern Munich II.

The 2017–18 Montenegrin First League was the 12th season of the top-tier football in Montenegro. The season began on 5 August 2017 and ended on 26 May 2018. Budućnost Podgorica are the defending champions.

Tomica Kizuna Gattai Earth Granner is a Japanese anime television series produced and animated by OLM, Inc., based on the long running Tomica series of die-cast metal cars created by Takara Tomy and released for the franchise's 50th anniversary. It is directed by Shinji Ushiro and written by Yuka Yamada with character designs done by Yuko Inoue. It began airing on all TXN stations in Japan on April 5, 2020.