Tomie Ohtake (大竹富江, Ōtake Tomie, née Nakakubo (中久保); November 21, 1913 – February 12, 2015) was a Japanese Brazilian visual artist. [1] Her work includes paintings, prints and sculptures. She was one of the main representatives of informal abstractionism in Brazil.

Ohtake was born in 1913 in Kyoto. In 1936, when she was twenty-three years old, Ohtake traveled to Brazil to visit a brother but could not return to Japan due to the Pacific theatre of World War II occurring there. [2] Ohtake settled herself in São Paulo with her husband, her son Ruy being born there in 1938 and started painting in 1951, after a visit to the studio of the painter Keisuke Sugano. [3]

She had her first exhibition in 1957, in the Salão Nacional de Arte Moderna and in 1961 she participated in the São Paulo Biennale. In 1972 she participated in the Prints section of the Venice Biennale and in 1978 of the Tokyo Biennale. She created dozens of public space sculptures from the late eighties; her work has been featured in several cities in Brazil, but especially in the state of São Paulo.

Tomie Ohtake was the mother of architects Ruy Ohtake and Ricardo Ohtake. [4]

Japanese Brazilians are Brazilian citizens who are nationals or naturals of Japanese ancestry or Japanese immigrants living in Brazil.

Brígida Baltar is a Brazilian visual artist. Baltar works in drawing, photography, performance, video, sculpture, and performance. She is interested in capturing the ephemeral in her artwork. 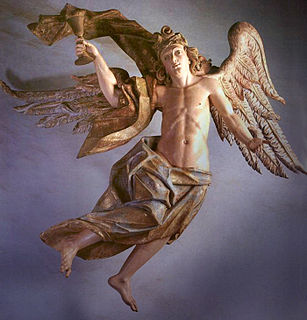 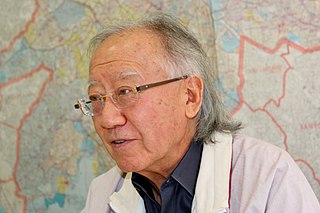 Ruy Ohtake is a Brazilian architect. He is the son of artist Tomie Ohtake.

The Monument to the Independence of Brazil is granite and bronze sculpture in São Paulo, Brazil. It is also known as the Ipiranga Monument or the Altar of the Fatherland. The monument is located on the banks of the Ipiranga Brook in São Paulo, on the historic site where the later Emperor Pedro I of Brazil proclaimed the independence of the country on September 7, 1822. 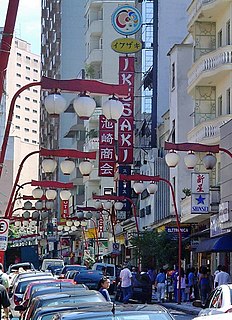 The single largest Japanese diaspora in any city is in São Paulo. In 1958 the census counted 120,000 Japanese in the city and by 1987, there were 326,000 with another 170,000 in the surrounding areas within São Paulo state. As of 2007, the Paulistano Japanese population outnumbered their fellow diaspora in the entirety of Peru, and in all individual American cities.

Marco Zero is a geographic monument in downtown São Paulo. In 1934, the marble milestone was installed in front of the São Paulo Cathedral on the Praça da Sé to symbolize the center of the city. The sculpture is a both a tourist attraction and a central point of reference for street numbers in the city. Marco Zero has been registered for historic preservation since 2007.

Gilvan Samico was a painter, teacher and Brazilian engraver of the Armorial Movement of graphic design.

Gisele Camargo is a Brazilian visual artist who works in photography, video and painting. She was born in Rio de Janeiro.

Rosângela Rennó Gomes is a Brazilian artist who lives and works in Rio de Janeiro. Her work consists of photographic images from public and private archives that question the nature of an image and its symbolic value. With the use of photographs, installations and objects, she appropriates and sheds new light on an anonymous body of photographs and negatives found mostly in flea markets, family albums, newspapers and archives. Rennó's interest in discarded images and habit of collecting were decisive in establishing her work strategies.

Vera Janacópulos was a Brazilian soprano singer, popular in the first half of the 20th century.

Amelia Amorim Toledo was a Brazilian sculptor, painter, draftsman, and designer. With a career that expanded over fifty years, Toledo explored multiple artistic languages, techniques, materials, and production methods. She is considered to be one of the pioneers of Brazilian contemporary art.

Vera Chaves Barcellos is a Brazilian artist and educator. She was featured in the Radical Women show at the Brooklyn Museum in 2018.

Mara Alvares is a Brazilian artist. She mainly specialized in photography as one of her notable works is the Adansônia. She first studied metal engraving with the Universidade Federal do Rio Grande do Sul with Iberê Camargo.

Portuguese: Contando a féria or The Shoemaker and the Newsboy is a sculpture located in João Mendes Place in São Paulo, Brazil. It was created by Ricardo Cipicchia and inaugurated in 1950.

Eva Sopher was a Brazilian theatre manager in Porto Alegre. She renovated the São Pedro Theatre and ran it for 41 years.