Tomihiko Morimi (Japanese: 森見 登美彦, Hepburn: Morimi Tomihiko, born January 6, 1979) is a Japanese writer from Nara Prefecture. He graduated from Kyoto University [1] and his works often have Kyoto as the setting.

In July 2018, it was announced that the first two of Morimi's original works to be published in English will be Penguin Highway and The Night Is Short, Walk On Girl , both published by Yen Press in 2019. [2] 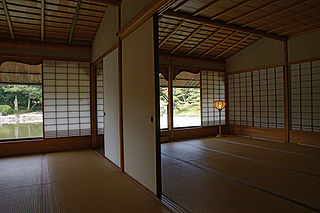 A tatami (畳) is a type of mat used as a flooring material in traditional Japanese-style rooms. Tatami are made in standard sizes, twice as long as wide, about 0.9 m by 1.8 m depending on the region. In martial arts, tatami are the floor used for training in a dojo and for competition.

ELF Corporation, stylized as élf, was a Japanese eroge studio. One of its most popular games is Dōkyūsei, a pioneering dating sim, which has had a sequel and been turned into adult OVA series. The character design of the main villains from the -saku series is the company mascot. They are also known for role-playing video games such as the Dragon Knight series and visual novel adventure games such as YU-NO. Many ELF games had been turned into adult OVA series. Three of ELF game series had even been turned into TV anime series: Elf-ban Kakyūsei, Raimuiro Senkitan and YU-NO. 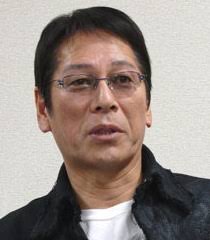 Ren Osugi, born Takashi Osugi was a Japanese actor. For his work in Cure, Hana-bi and other films, Osugi was given the Best Supporting Actor award at the 1999 Yokohama Film Festival. He often worked alongside Takeshi Kitano and Susumu Terajima. In the DVD commentary to the MPD Psycho television series, director Takashi Miike said that he admired Osugi's experience to shift quickly from comic and imbecilic to authoritative and earnest. He died of heart failure at the age of 66 on February 21, 2018.

Kōji Kumeta is a Japanese manga artist. His most famous works are Go!! Southern Ice Hockey Club, Katteni Kaizō, Sayonara, Zetsubou-Sensei, and Joshiraku. The bulk of Kumeta's work was published in Weekly Shōnen Sunday, until the abrupt cancellation of Katteni Kaizō, which resulted in him transferring from Shogakukan to Kodansha. As of 2014, he has gone freelance. Two of Kumeta's latest serializations include Sekkachi Hakushaku to Jikan Dorobō, published in Weekly Shōnen Magazine from November 2013 to January 2015, and Nankuru Neesan, published in Kodansha's Young Magazine the 3rd from February 2016 to February 2019. He is currently serializing Studio Pulp for Rakuen Le Paradis of Hakusensha and Kakushigoto in Monthly Shōnen Magazine.

Junko Miyashita is a Japanese actress who had a long and varied career working both in pink film and mainstream cinema.

Katsuhisa Namase is a Japanese actor, known primary for his roles in Japanese television dramas. His roles are often positions of authority, such as managers, principals, or police officers, but many of these characters also share a certain kookiness and incompetence. Several of these characters wear wigs for comic effect.

Kazuki Kitamura is a Japanese film and television actor who won the award for best supporting actor at the 21st Yokohama Film Festival for Minazuki, Kyohansha and Kanzen-naru shiiku as well as the CUT ABOVE Award for Excellence in Film at JAPAN CUTS: Festival of New Japanese Film in New York in 2014.

The Tatami Galaxy is a 2004 Japanese campus novel written by Tomihiko Morimi and published by Ohta Publishing. Its first-person narrator is an unnamed upperclassman at a Kyoto university reminiscing on the misadventures of his previous years of campus life, with each of the four chapters taking place in parallel universes in which he is enrolled in a different university society. 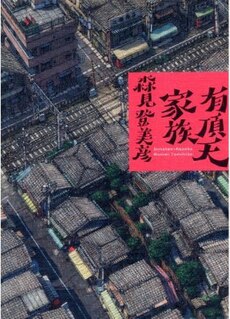 The Eccentric Family is a Japanese urban fantasy comedy-drama novel written by Tomihiko Morimi, originally published by Gentosha in 2007, with a sequel published in 2015. An anime television series adaptation based on the first book aired from July 7 to September 29, 2013 and was simulcast by Crunchyroll. A second season based on the second book aired from April 9 to June 25, 2017. 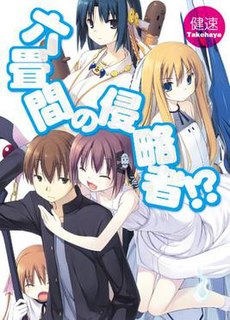 Invaders of the Rokujouma!? is a Japanese light novel series written by Takehaya and illustrated by Poco. HJ Bunko has published seventeen volumes since 2009 under their HJ Bunko imprint, as well as two side story volumes. A manga adaptation with art by Tomosane Ariike is serialized in Hobby Japan's online seinen manga magazine Comic Dangan. A 12-episode anime television series adaptation by Silver Link aired between July 11 and September 26, 2014.

Night Is Short, Walk On Girl is a 2017 Japanese animated romantic comedy film directed by Masaaki Yuasa. The film is based on the 2006 novel The Night Is Short, Walk on Girl written by Tomihiko Morimi and illustrated by Yusuke Nakamura, who also served as the film's original character designer. The film was released in North America as The Night Is Short, Walk On Girl, with a leading article added, but in other English-speaking regions without one. It has been awarded the Grand Prize for Best Animated Feature at the Ottawa International Animation Festival and the Japan Academy Prize for Animation of the Year.

This is a genealogical tree of the leaders of the Fujiwara clan from 669 to 1871, who were otherwise known as the Tōshi no Chōja (藤氏長者).

Interspecies Reviewers is a Japanese fantasy sex comedy manga series written by Amahara and illustrated by masha. It has been serialized through Nico Nico Seiga's manga website Dragon Dragon Age since August 2016 and since collected in five tankōbon volumes published by Kadokawa. The series is licensed in English by Yen Press. A 12-episode television anime adaptation produced by Passione aired from January 11 to March 28, 2020.