Tomio Kondō(近藤 福雄,Kondō Tomio, January 24, 1900 – November 15, 1957) was an amateur photographer who lived on and energetically photographed Sado island in the Sea of Japan. [1] 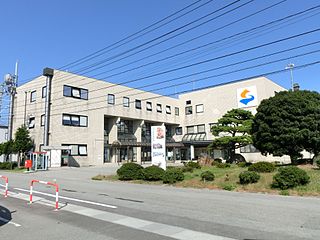 Sado is a city located on Sado Island in Niigata Prefecture, Japan. Since 2004, the city has comprised the entire island, although not all of its total area is urbanized. Sado is the sixth largest island of Japan in area following the four main islands and Okinawa Island.

Kondō was born to a landowning family in Kanazawa village (subsequently part of Kanai, which in turn was amalgamated within "Sado City"). He started with a camera at 18, and also had a keen interest in archaeology. Kondō photographed landscapes and a great variety of life on the island, as well as the figures from literary and artistic circles on the mainland who came to visit during the infancy of Sado's tourism industry. He financed this by gradually selling off land owned by the family.

Kondō was keen to keep up with the latest news on the island. He helped set up the Sado museum (佐渡博物館, Sado Hakubutsukan), of which he became a trustee, and organizations devoted to mountain walking and botany.

Kondō left a collection of about 8,840 plates on his death. These were bought by the bus company Niigata Kōtsū (新潟交通), which presented them to the Sado museum, but they were little known until 1979, when they were seen by Haruo Tomiyama (himself a notable photographer of Sado) and others. Four years later they became an Asahi Camera cover story, and thanks to the effort of Tomiyama and others they have been exhibited in Sado and anthologized in two books. The photographs then had some exposure in the general-interest media; for example, the 17 August 1995 issue of the magazine Serai (サライ, Sarai) had a six-page feature on them. 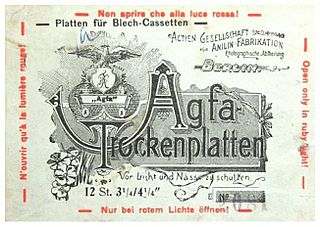 Photographic plates preceded photographic film as a capture medium in photography. The light-sensitive emulsion of silver salts was coated on a glass plate, typically thinner than common window glass, instead of a clear plastic film.

Kondō, Kondo or Kondou is a Japanese surname. Notable people with the surname include:

Ihei Kimura was one of the most celebrated Japanese photographers of the twentieth century, particularly known for his portrayal of Tokyo and Akita Prefecture.

Kineo Kuwabara was a Japanese editor and photographer, known for photographing Tokyo for over half a century.

Terushichi Hirai was one of the most prominent Japanese photographers in the first half of the 20th century in Japan.

Ikkō Narahara is a Japanese photographer. Born in Fukuoka, Narahara studied law at Chuo University and, influenced by statues of Buddha at Nara, art history at the graduate school of Waseda University, from which he received an MA in 1959.

Tomio is both a masculine Japanese given name and a surname. Notable people with the name include:

MotoichiKumagai was a Japanese photographer and illustrator of books for children, known for his portrayal of rural and school life.

Kōji Satō was a renowned Japanese amateur photographer, particularly in the 1930s.

Toshio Shibata is a Japanese photographer known for his large-format photographs of large-scale works of civil engineering in unpopulated landscapes.

Kōtarō Tanaka was a Japanese amateur photographer particularly noted for his photography of Osaka and his use of color.

Teisuke Chiba was a renowned Japanese amateur photographer of rural life around the area where he lived in Akita, Japan.

Hiroshi Hamaya was a Japanese photographer active from 1935 to 1999.

Mitsutarō Fuku was a Japanese photographer.

Katsuji Fukuda was a Japanese photographer known for his photographs of still lifes and nudes, and also a writer of practical books about photography.

Susumu Matsushima was a Japanese photographer famous for portraits of women, fashion photography, and nudes.

Yoshio Watanabe was a Japanese photographer.

Kōtarō Iizawa is a Japanese photography critic, historian of photography, and magazine editor. Born in Sendai, Miyagi in 1954, Iizawa studied photography in Nihon University, graduating in 1977. He obtained his doctorate at University of Tsukuba. Iizawa founded Déjà-vu in 1990 and was its editor in chief until 1994. He coedited the 41-volume series Nihon no Shashinka with Shigeichi Nagano and Naoyuki Kinoshita.