Tomis Constanța may refer to:

Tomis may refer to:

Constanța, historically known as Tomis, is the oldest continuously inhabited city in Romania. It was founded around 600 BC. The city is located in the Northern Dobruja region of Romania, on the Black Sea coast. It is the capital of Constanța County and the largest city in the region of Dobruja. 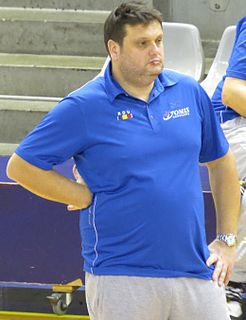 Martin Stoyanov Stoev is a Bulgarian volleyball coach and former player. He currently is head coach of the Romanian team CVM Tomis Constanța.

Andrey Zhekov is a Bulgarian volleyball player who plays for the Romanian club C.V.M. Tomis Constanța. He was born on March 12, 1980 and entered the national team in 1998 at the age of 18. 190 cm tall and weighing 82 kg Zhekov is the current setter of the Bulgarian national team. Club Champion of Bulgaria with the teams of Levski Siconco and Slavia Sofia. Zhekov is married and has two children.

Olli-Pekka "Lelu" Ojansivu is a Finnish professional volleyball player who plays for Russian club VC Kuzbass Kemerovo. He is also a member of the Finland men's national volleyball team. 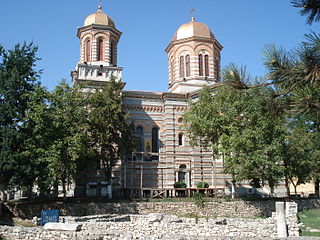 The Cathedral of Saints Peter and Paul, Constanța, located at 25 Arhiepiscopiei Street, Constanța, Romania, is the seat of the Romanian Orthodox Archbishop of Tomis, as well as a monastery. Situated between Ovid Square and the Black Sea in front of the Archbishop's Palace, it was built on the city's peninsular zone in 1883-1885 following plans by architects Alexandru Orăscu and Carol Benesch and, for the interior, Ion Mincu. The cornerstone was laid on 4 September 1883, during the reign of Iosif Gheorghian, Metropolitan of All Romania. The church was consecrated on 22 May 1895.

The World Interuniversity Games is an international sports event, which was organised by IFIUS each year in October. It is currently organised by Committee Panathlon Clubs of Universities, after IFIUS was disbanded and integrated inside Panathlon International in 2011.

The Divizia A1 is the women's top Romanian professional volleyball league.

Iuliana Nucu is a retired female volleyball player from Romania. 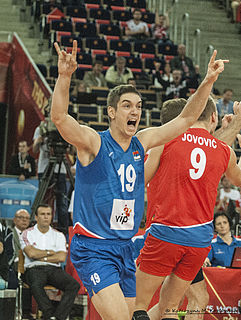 Nikola Rosić is a Serbian volleyball player, a member of Serbia men's national volleyball team and Romanian club Tomis Constanța, a participant at the Olympic Games London 2012, winner of the European Championship 2011, bronze medalist of the World Championship 2010, and medalist in the World League. 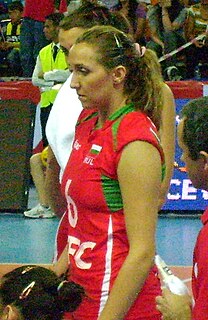 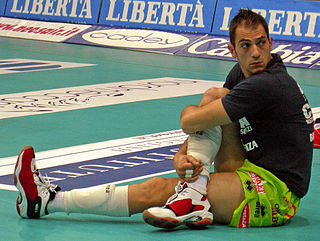 Cristina Ana Cazacu is a Romanian female volleyball player, playing as a right side hitter. She was part of the Romania women's national volleyball team.