He also used to play for OFK Igalo, FK Čelik, before joining Sutjeska to play in the First League of Serbia and Montenegro during the 2004–05 season. [1]

Stadion kraj Bistrice, also known as Stadion Gradski Nikšić, is a multi-purpose stadium in Nikšić, Montenegro. It is currently used mostly for football matches and is the home ground of FK Sutjeska and a host of Montenegro national under-21 football team matches. After last renovation, the stadium has a total of 5,214 seats. 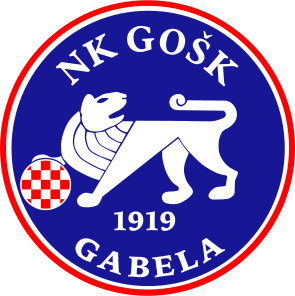 Nogometni Klub GOŠK Gabela is a professional association football club based in Gabela, Čapljina that is situated in Bosnia and Herzegovina. The name GOŠK in Croatian means Gabeoski Omladinski Športski Klub.

Statistics of Premier League of Bosnia and Herzegovina in the 2001–02 season. It was contested by Bosniak and Croatian clubs. Serbian clubs played in the 2001–02 First League of the Republika Srpska.

Amer Osmanagić is a Bosnian professional footballer who plays as a midfielder for Greek Football League club Kalamata.

The 2007–08 Montenegrin Second League was the second season since its establishment. The league played its first games of the season on August 11, 2007 and its final matches were played on May 24, 2008.

Elvin Yunuszade is an Azerbaijani footballer who plays for Shkupi in the Macedonian First Football League.

Stadion Željezare is a football stadium in Nikšić, Montenegro. It is situated near the bigger FK Sutjeska Stadium. It is used for football matches. The stadium is the home ground of FK Čelik Nikšić.