Tomislav Ivčić (6 January 1953 – 4 March 1993) was a Croatian pop singer, songwriter and politician. He died in a car accident and is buried in Zagreb at the Mirogoj Cemetery.

A native of Zadar, Tomislav Ivčić became one of the most popular singers and songwriters during his appearances on 1970s pop music festivals. His specialty was pop music inspired by Dalmatian folklore. One of his early hits included the country-rock influenced single "Nemam za kavu" from 1979. Ivčić also wrote and performed "Večeras je naša fešta", a song that would become a semi-official anthem of Dalmatia, often sung and performed whenever a Dalmatian athlete or sports team won a title or important game. He has written over two hundred songs and released twenty three albums during his career.

During the war in Croatia, Ivčić wrote the song "Stop the War in Croatia" which became a hit. It even charted in the Top 10 in Australia in 1991. [1] [2] [3] In 1990, Ivčić also became a member of Croatian Democratic Union. In February 1993 he ran as his party's candidate for House of Chambers of Croatian Parliament, and won a seat. A few weeks before he was supposed to take office and shortly after a Globus interview in which he was described as "first Croatian senator," his automobile was involved in traffic accident that would claim his and lives of three more people.

His older half-brother Đani Maršan is also an accomplished singer and songwriter, and his other older brother Vedran Ivčić, was, to a lesser degree, as well. 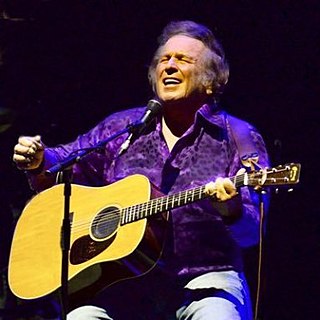 Real McCoy is a German Eurodance and pop music project best known for hit singles "Another Night", "Automatic Lover ", "Run Away", "Love & Devotion", "Come and Get Your Love", "One More Time" and the multi-platinum album Another Night.

Sonia Evans, known mononymously as Sonia, is an English pop singer and actress from Skelmersdale. She had a 1989 UK number one hit "You'll Never Stop Me Loving You" and became the first female UK artist to achieve five top 20 hit singles from one album. She represented the United Kingdom in the 1993 Eurovision Song Contest, where she finished second with the song "Better the Devil You Know". Between 1989 and 1993, she had 11 UK Top 30 hits, including "Listen to Your Heart" (1989), "Counting Every Minute" (1990) and "Only Fools " (1991). In 1994, she starred as Sandy in a West End revival of the musical Grease, while on television she appeared as Bunty in the 1998 BBC comedy series The Lily Savage Show.

"Unchained Melody" is a 1955 song with music by Alex North and lyrics by Hy Zaret. North wrote the music as a theme for the little-known prison film Unchained, hence the song title. Todd Duncan sang the vocals for the film soundtrack. It has since become a standard and one of the most recorded songs of the 20th century, most notably by the Righteous Brothers in July 1965. According to the song's publishing administrator, over 1,500 recordings of "Unchained Melody" have been made by more than 670 artists, in multiple languages. 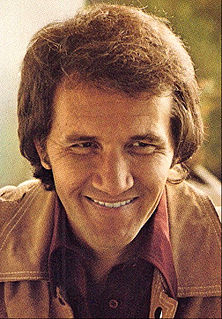 Roger Dean Miller Sr. was an American singer-songwriter, musician, and actor, widely known for his honky-tonk-influenced novelty songs and his chart-topping country and pop hits "King of the Road", "Dang Me", and "England Swings", all from the mid-1960s Nashville sound era. 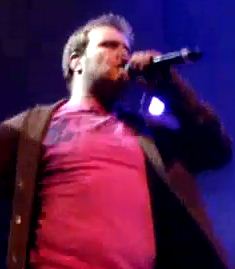 Daniel John Bedingfield is a New Zealand-British singer, songwriter and record producer. He is the eldest brother of fellow singers Natasha Bedingfield and Nikola Rachelle. He was a judge on The X Factor New Zealand in 2013.

Colonia is a Croatian dance music duo from Vinkovci, Croatia. The band has released twelve albums and over 35 singles to date with various songs and albums gaining platinum status. They are known for winning the first ever Eurodance competition in 2001 and their various hits throughout the years.

Đorđe Novković was a Croatian songwriter who was known for his work in Yugoslavia and Croatia. Novković composed more than 2,500 songs and sold approximately 20 million records. He is also known as the father of popular Croatian singer Boris Novković.

Žanamari Perčić is a Croatian recording artist, who rose to prominence in 2004 as the first winner of Hrvatski idol, Croatian equivalent of Pop Idol. After her initial rise to fame, she participated in various Croatian reality shows, including the 2013 release Ples sa zvijezdama and Tvoje lice zvuči poznato.

Woodrow Wilson "Red" Sovine was an American country music singer and songwriter associated with truck driving songs, particularly those recited as narratives but set to music. His most noted examples are "Giddyup Go" (1965) and "Teddy Bear" (1976), both of which topped the Billboard Hot Country Songs chart.

Brian Edward Patrick Kennedy is an Irish singer-songwriter and author from Belfast. He scored a number of hit singles and albums in the UK and Ireland during the 1990s and 2000s. He represented Ireland in the Eurovision Song Contest 2006 and finished in 10th place. Brian is the younger brother of the late musician Bap Kennedy.

Albert Geoffrey McElhinney OAM, better known by his stage name Geoff Mack, was an Australian country singer, songwriter and aircraft mechanic. As a songwriter, he wrote the song "I've Been Everywhere" which was an Australian hit for Lucky Starr in April 1962 and became popular in North America when adapted for Hank Snow in November. More than 130 cover versions have been recorded. 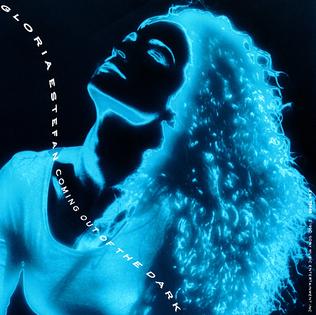 "Coming Out of the Dark" is a single by American singer and songwriter Gloria Estefan. It was released on January 10, 1991 worldwide by Epic Records as the leading and first single of the album, Into the Light. It was written by Estefan, her husband Emilio Estefan, Jr. and Jon Secada, and produced by Estefan Jr., Jorge Casas and Clay Ostwald. It became the singer's third number one in the United States and second number one in Canada. This is the first single released after Estefan's accident on March 20, 1990—an 18-wheeler rammed her tour bus, nearly causing the singer's death—when her "Get on Your Feet Tour" was in progress. It is also the first song that Estefan performed publicly after recovering. The song is inspired by the near-fatal accident and also is dedicated to Emilio Estefan, Jr., Gloria's husband. 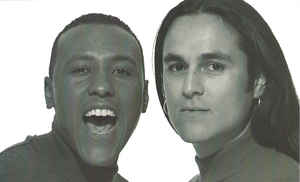 Charles & Eddie were an American soul music duo composed of Charles Pettigrew and Eddie Chacon. Their single "Would I Lie to You?", taken from their 1992 debut album, Duophonic, won Ivor Novello Awards in 1993 in the Best Contemporary Song, Best Selling Song and International Hit of the Year categories. Between 1992 and 1995 they hit the top 40 three more times in the UK.

Johanna Paton Pigott is an Australian musician, singer-songwriter and screenwriter. Her best known hit songs are Dragon's "Rain" which peaked at No. 2 on the Australian Kent Music Report Singles Chart in 1983, and John Farnham's "Age of Reason". "Rain" was co-written with partner Dragon's Todd Hunter and his younger brother, Marc Hunter. When "Age of Reason" reached the top of the charts in July 1988, Pigott became the first Australian woman to have written a No. 1 hit. It was co-written with Todd Hunter.

Rudy La Scala is a singer-songwriter and record producer, born in Rocca di Papa, Lazio, Italy. At a young age, La Scala migrated to Venezuela, where he completed his primary and secondary studies, while learning piano and guitar. He began his career with a short lived band named Las Explosiones de Goma in the 1960s. In 1971 he was presented as a solo artist under the name Flavio, finally presenting himself as Rudy La Scala in 1974. His work as a songwriter has been very successful, including songs recorded by Karina, María Conchita Alonso, Guillermo Dávila, Kiara, Ruddy Rodríguez, Proyecto M, Carlos Mata, Las Payasitas Nifu Nifa and Gerardo Mora. 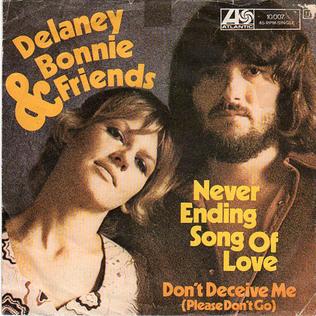 "Never Ending Song of Love" is a song written by Delaney Bramlett, and, according to some sources, by his wife Bonnie Bramlett. It was originally recorded with his band, Delaney & Bonnie & Friends, in 1971 on the album Motel Shot. Released as a single by Atco Records the same year, "Never Ending Song of Love" became Delaney & Bonnie's greatest hit on the pop charts, reaching a peak of #13 on the Billboard Hot 100 and number eight Easy Listening. It reached #16 in Australia.

"Stop the War in Croatia" is a Croatian anti-war and peace song from 1991. It was written by the Croatian pop singer, songwriter and politician Tomislav Ivčić. For several weeks in 1991, the song was listed among Billboard's 100 most popular records.